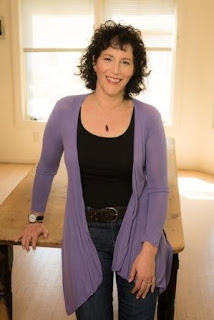 Michelle Brafman is the author most recently of the work of fiction Bertrand Court. She also has written the novel Washing the Dead, and her work has appeared in a variety of publications, including The Washington Post and Tablet. She teaches at the Johns Hopkins University MA in Writing Program, and she lives in Glen Echo, Maryland. 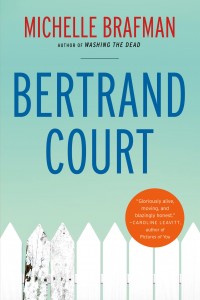 A: It's most accurate to describe Bertrand Court as a collection of linked stories, but it definitely has an arc, which is expressed via life’s passages. The book opens with a story narrated by a fetus and proceeds to explore: a couple’s burning desire to conceive, a disastrous bris, a kindergartner’s birthday party mishap, a fading politico’s midlife torpidity, and an heiress’s desperate search for meaning.

A: People tell me that they binge-read the stories/chapters as they would watch episodes of a Netflix series. Much to my delight, readers seem to relate to the characters and their situations. "I know that guy. He's my neighbor, boss, ex-husband . . .or that happened to me…,” they'll say, which is music to my ears.

Q: Do you feel especially connected to some of your characters, and if so, why?

A: I hope this isn't a cop out, but I feel connected to all of my characters. Some infuriate me, and others are more endearing, but I love them all or I couldn't write about them. 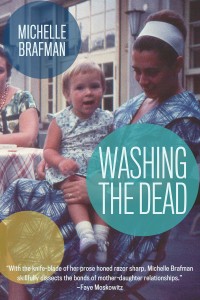 --Interview with Deborah Kalb. A previous version of this Q&A appeared here. Michelle Brafman will be appearing at the Bethesda Literary Festival on April 22, 2017.