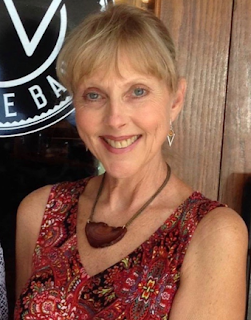 Kathleen M. Rodgers is the author of the new novel Seven Wings to Glory, a sequel to Johnnie Come Lately. She also has written The Final Salute, and her work has appeared in a variety of publications, including Family Circle and Military Times. She lives in North Texas.

Q: Why did you decide to return to your character Johnnie and write this sequel?

A: I had readers from Johnnie Come Lately saying I’d like to find out more about what happens with her son, and after Mama came back. My publisher [and I] started talking. I started scenes in my head.

In February 2013…I jolted up around 3am [and] I said, Oh my God, those words "Seven Wings to Glory"—it just woke me up! What does it mean? [My husband] said, I don’t know. I said, wouldn’t that be an awesome title for a book? I was almost done with Johnnie Come Lately. I scribbled it down on a piece of paper and I went back to sleep.

When I got up, I went to make my coffee. I talked to [my dog and asked], What does this title mean? I opened up the newspaper and it was the 10th anniversary of the space shuttle blowing up over Texas. My heart started racing. There were seven astronauts on board. I knew that wasn’t my story to tell, but what I knew—that was a sign that the title was a gift and I needed to find the story. 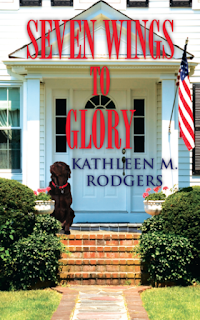 I figured that the way I ended Johnnie Come Lately at the cove and she finally had some answers to her past, I left the reader questioning. Mama is sickly—what happens?

Q: What were some of the challenges of writing about her and her family for a second time? Was it easier or more difficult?

A: It was both. I couldn’t be lazy, though, and let Johnnie just zip along, go to school, get her degree. I had to put her in the hot seat and give her things to fight for. [There’s the] hope her son is going to return—she is sending a child to war.

I also wanted to write about racial issues…[her friend] Whit is African American. She needs a bigger role in the new book. I put them in a situation and it all started unfolding.

Q: As you mentioned, in this book, Johnnie’s son is serving in Afghanistan. How did your own experiences inform this part of the book? 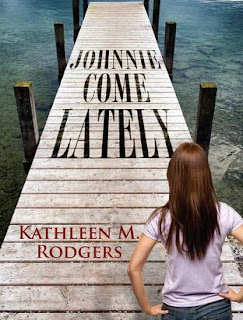 A: When my own son went to Afghanistan was in 2014. Johnnie’s son Cade went in 2009. What I did was I channeled. I wrote scenes after my son returned. I wrote Chapter One of Seven Wings to Glory one week before my own son deployed. I was projecting, putting myself in what it would be like to send your son to war.

When he deployed, I had a hard time concentrating. When he returned, I got busy on Seven Wings to Glory. I was channeling every fear, worry, morsel of hope—I gave them to Johnnie Kitchen.

Q: And the other important theme you mentioned is racism. Can you say more about why this was a topic you chose to include?

A: I grew up in Clovis, New Mexico. My father was from Ohio, a Republican, and my mother was from New Mexico, a Democrat. I did not grow up in a racist home. I was born in 1958. My elementary school was predominately white.

When I was in 7th grade, there were three junior highs in Clovis, New Mexico. The first day I went to school with Hispanics and blacks was an eye-opener. I remember I wanted to be accepting but it was kind of scary because you’re with people who are different from you.

From the time I was in seventh grade, I was trying to figure this out. My job as a writer was to give that to Johnnie Kitchen. Her best friend Whit is African American. Once I was in junior high, I became friends with people of different races and cultures and faiths. I wanted to expand. 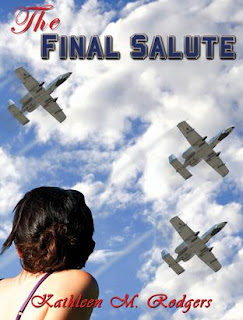 Two things happened to me. In the late ‘80s Tom and I moved to [an air force base in] Louisiana. One of my best friends was another air force wife, Krystana, who was African American. One time we went out to lunch in Alexandria, Louisiana, and she said, When the waiter comes they’re not going to look at me, they’ll look at you first. I never forgot that.

Those things played on my mind. When we moved to Texas, my best friend Rhonda Revels is African American, we’ve been best friends for 24 years. Rhonda taught me the same thing Krystana did—how to pay attention to subtle signs of racism.

Now bigots are out in the open. Until this last year, the election campaign, my novel takes place in 2009—there have been some changes since then. Being friends with people of other races teaches you we’re all just the same, whether we believe in God or not. I watch the animals—they don’t care about those things. In some ways, animals have it better.

A: I’m starting my fourth novel…the setting is in New Mexico. I’m going back to my childhood.

Some things started coming to me. Every time I say I’m going to get away from the military, the more I fight it, the more it says, Oh no, you’re born for this. I will weave another military theme into it. Family drama, social issues—that’s what I realize I write about…

A: In Seven Wings to Glory there is an aspect I wrote about—magical realism. A spiritual aspect. I don’t want to be known as a paranormal writer, but I did introduce magical realism—but the way I wrote it left it up to the reader.

Johnnie has an incident where she things she sees something—it all comes down to faith. If it’s not something tangible, can we still believe it? Is there an afterlife?

The other thing I wanted to bring up in Seven Wings to Glory—we can all have our different beliefs, but at the end of the day we’re all just made out of clay. We’re different shades, but we’re more alike than different.

--Interview with Deborah Kalb. For a previous Q&A with Kathleen M. Rodgers, please click here.
Posted by Deborah Kalb at 6:34 AM