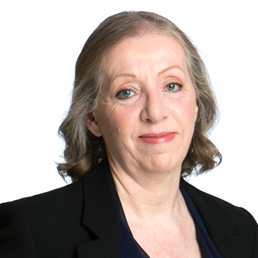 Sharon Begley is the author of the new book Can't. Just. Stop.: An Investigation of Compulsions. Her other books include Train Your Mind, Change Your Brain. She is the senior science writer at STAT, The Boston Globe's life sciences publication, and has worked at a variety of other publications, including Newsweek and Reuters.

Q: Why did you decide to write about compulsions, and what do you see as the best definition of the term?

A: It’s from casual observation, mostly in my work life. Just a few years ago, it was obvious nobody could go anywhere or do anything—a trip to the cafeteria or the ladies’ room—without their phone attached to them, as if it’s an oxygen tank.

I was watching that, and…asking why that is. Many of the things we do are because they’re fun, but this was very different. We’re attached to our phones, or hoarding, or [expressing] manifestations of OCD because if we didn’t do them, we would be puddles of anxiety. It’s all about keeping anxiety at bay.

I was trying to get experts to explain the difference between addictive and compulsive behaviors…When I got to people who did understand it, [the idea was that] compulsion arises from an anxiety…Addictive behavior arises because initially it makes us really happy. We don’t love it when we’re doing a compulsive behavior.

Q: So can you say more about the relationship between compulsions and anxiety, and why anxiety is on the rise?

A: The explanation goes back to OCD, because it’s the best-studied of anxious behaviors. Many behaviors I describe in the book are not mental disorders. Compulsive behavior does not necessarily mean you have a mental illness.

You look out at the world, and much of what you see triggers anxiety. You look for a way to relieve it. The way we relieve it is to be engaged in a compulsive behavior, like the woman who has to have her coffee mugs arranged just so. 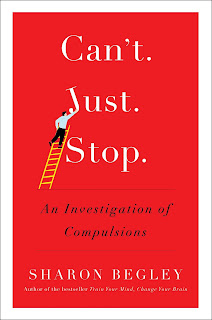 She is able to realize herself—she looks at the world, it is chaotic, there’s little she can do to control it, whether it’s political events, work life, relationships. She realized the only way to deal with that was to create an island of order in her home. It gave a sense that she had control over a little part of her life, and it was enough to keep her going…

As has been written about endlessly, the 2016 campaign, and since January 20, has given some people a sense that things are beyond their control. Some go and protest. Others think, "I can control other things." It can compel compulsive behavior.

Why anxiety is increasing—It’s a fact. In a college student survey, anxiety is more prevalent than depression as the reason students are hampered in achievement. For the first time, anxiety came out over depression. NIMH data shows more anxiety.

Why? I should defer to sociologists. But there is a quote from a medical historian, Roy Porter, that every age gets the lunatics they deserve. Putting aside the word lunatic, there’s something in every era that elicits that type of thinking. Ours is an age of anxiety.

Q: This gets back to something you just mentioned. In the book, you ask, “Are we all at least a little crazy?” Can you say more about that?

A: Compulsive behavior, like every behavior, exists along a continuum. It has been shown in true mental disorders that some tiptoe up to one but do not meet the criteria. If you have to meet six of nine criteria for a diagnosis, if you have three, or four, or five, you have some symptoms but don’t have all.

It shows that these conditions exist along a spectrum. Some of the genetic work done shows that there’s not a single gene for whatever [condition] but a number of them. If you’ve inherited a lot, you likely have the disorder; a few, you have a milder version.

“Are we all at least a little crazy” puts it starkly, but it’s meant to convey: before we judge people at an extreme point, we should look to ourselves and realize many feelings they are expressing, we do too, in a milder form. 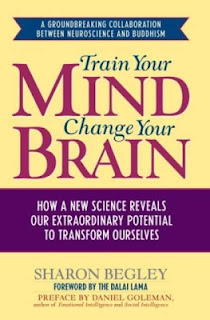 Q: Hoarding is one of the issues you look at in the book. What are some of the factors that lead to hoarding, and how does it fit with the themes of compulsions and anxiety?

A: Hoarding was for the first time designated as a stand-alone mental disorder in the DSM. It arises from a few things—an impairment of executive functions: problem-solving, decision-making, planning. For many people who are compulsive hoarders, they really struggle to make decisions about what’s important to keep or give away.

The other element, I found even more provocative. People who hoard generally regard more of their possessions as having greater value and greater importance to their lives and identity than other people do.

You could ask anyone, and they would identify things that they’re not giving up until it’s pried out of their cold dead fingers. We all have something like that.

With hoarders, they look around, and everything they acquire, they imbue with the same degree of sentimental or other value that other people see in fewer objects.

It’s another example--hoarders are held up to such ridicule on cable shows and in real life. [It would help] if we can see that what they experience is quantitatively different from the rest of us, but not qualitatively.

A: People can find [compulsions] in many behaviors they have themselves or see in people close to them. One I would underline is the digital compulsion having to do with social media and cell phones.

It’s one great example of how just because you engage in compulsive behavior doesn’t mean your brain is broken. Digital compulsions tap into something widespread about how our brains work.

The way texts and emails work is having a reward structure. You don’t know if the next one will be amazing, or something stupid. Because of that structure, many people are unable to leave it alone...We have to keep checking.

I’m hearing from some readers that’s one people can relate to. You’re not mentally ill. These technologies exploit a common way our brains work.