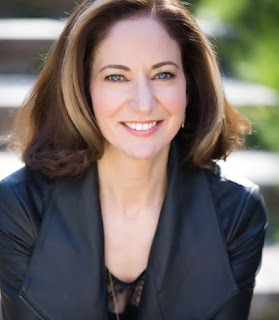 Christina Kovac is the author of the new novel The Cutaway. She worked as a TV newsroom manager and producer for 17 years, and she lives in the Washington, D.C., area.

Q: You spent many years working in TV news. How much was The Cutaway based on your own experiences?

A: Every single street I wrote about, I’ve walked on. The newsroom wasn’t one where I had worked, the people weren’t people I worked with, and Virginia certainly isn’t me! But this could definitely happen—this set of circumstances, these types of people. They’re all composite characters.

The story that got me thinking about the politics behind crimes against women was the Chandra Levy case. I did work on that. This isn’t close to that, but it’s an aspect of people using access to further their career. You try to hold onto the humanity of the victim. Those pressures are very real. But no one is real [among the characters in the book].

Q: How did you come up with the idea for your main character, Virginia?

A: I was a young mother and 9/11 had just happened. Tim Russert pulled us into the office and said, We need to plan in case of another attack. My husband is also in TV, and he said, Obviously, you have to take care of the children. I said, I have to work too.

It became clear after all the chaos, missing pickups at day care, that one of us would have to [leave]. I’ve always wanted to write. I started writing a short story, and it was terrible.

All of a sudden, I imagined a man walking into my office. He was very handsome, and he was telling me about this woman. He ended up being [the character] Ben. I got to Virginia through Ben in the beginning. 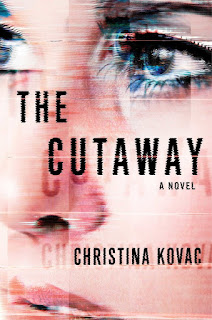 She’s based on no one I know, except I was lucky to be working with very intelligent, strong women. I wanted her to be the smartest woman in the room.

A: It ended completely differently, and it didn’t make sense! I had to rewrite it three or four times. It’s my first novel, the first work I ever even tried. I had to learn how to write a novel. It took a lot longer. The book I’m working on now, I know how to make the soup!

Q: The novel is set in Washington, D.C., and your characters end up in a variety of different neighborhoods around the city. How important is setting to you in your writing?

A: It’s very important. I love D.C. I think D.C. is really unique. I tried to capture that it’s unique in the sense it has authority but really doesn’t. Congress is telling it what to do. It felt like a feminine character.

The people of D.C. are diverse, they’re interesting, they have a certain way of talking. It’s so different from the people who come to govern D.C. The city is a main character…

Q: As someone who’s worked in the media, what do you see looking ahead when it comes to the role of the press, given the new administration?

A: A couple of things. I almost had a hart attack that the press has become such an enemy. My poor characters, my poor friends. It may be optimistic of me, but I think it will bring out some of the best reporting we’ve seen. Young kids coming out of school are being idealistic again. They may have found their identity in what is true.

My husband works for NBC—he’s worked at every inauguration since the first George Bush. He works 20 hours a day—he does that for every president. It’s the dedication you see from good, real journalists. So we’ll see—what’s interesting is the question what is the press, what is the role of the truth.

Q: You mentioned your second novel—what can you say about that?

A: It’s a D.C.-based novel again, about women, female friendship, a relationship with a mother, uncovering the truth. It has press, police, politicians. It’s fiction, kind of a political thriller with a bent toward strong women.

A: I am so pleased by how people are responding to a really smart, strong female character. When I got my agent, Dan Conaway, who’s really smart, he said there are places where you seem to be holding back on the character—don’t you see she’s the smartest person in the room?

Maybe as a female writer you get caught up in the smart-girl [phenomenon. You have to] have trust in the people who read your book. It’s gotten amazing responses: she’s a breath of fresh air. She has her flaws but she always tries to do the right thing and is really smart.

--Interview with Deborah Kalb. Christina Kovac will be appearing at the Bethesda Literary Festival on April 22, 2017.
Posted by Deborah Kalb at 6:35 AM