Ellen Meeropol is the author of the new novel Kinship of Clover. She also has written the novels House Arrest and On Hurricane Island. Her work has appeared in a variety of publications, including Guernica and Bridges. She spent 24 years working as a registered nurse and nurse practitioner, and she lives in Western Massachusetts.

Q: How did you come up with the idea for your new novel, and for your character Jeremy's relationship with plants?

A: I already knew Jeremy from my first novel, House Arrest, where he was a sensitive and shy 9-year-old. I wanted to see how he had grown, how he had survived his oddball childhood, so I imagined him 11 years later as a college biology major.

I had become very concerned about climate change, was reading widely about the science and politics, and that reading no doubt informed Jeremy’s obsession with plant species loss.

Writing Jeremy’s magical connection with plants just happened. That’s the beauty of the writing process, that we can open ourselves to ways of seeing and telling that are not our usual language.

The first day I wrote a scene with the plants burrowing under Jeremy’s skin, I was sitting with a group of writers in a library “writing room.” I was totally surprised by the actions of the plants. While I enjoyed reading magical realism, I had never considered writing in that style. 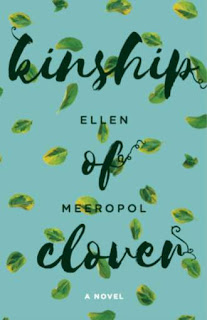 But I’ve learned to trust the process, I decided to keep going on that path, and the unusual connection between Jeremy and the plants became a central image of the novel.

Q: You tell the story from various characters' perspectives. How did you choose which characters' viewpoints to focus on?

A: Early on I knew that I wanted to write this novel from an omniscient point of view. I felt the story needed to move from character to character and also occasionally step back for some broader observations.

This point of view seemed like the best way to incorporate the interwoven stories of Jeremy and his plants, of his developing romantic relationship with Zoe, and of Zoe’s grandmother Flo, a lifelong political activist who is losing herself to dementia. It also gave me an opportunity to get inside the heads of Zoe’s father Sam and of Jeremy’s twin brother, who wants no part of Jeremy’s world.

I’m interested in writing fiction in which different characters’ beliefs and viewpoints disagree, even clash; hopefully this opens up the conversation so that the reader is invited to participate. 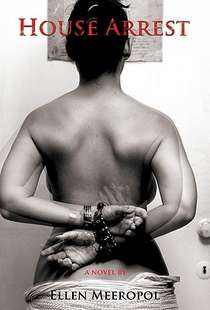 A: My working title for the novel was Next of Kin, but my publisher didn’t like it. We played around with other possibilities, but my editor (who is a poet) came up with Kinship of Clover.

I admit it took me a few days to embrace it, but now I love the lyricism of the title, and especially appreciate that clover is such an ordinary plant. To me, the title suggests the interconnectedness of all life on Earth, of humans and plants and animals.

Q: What do you think the novel says about protecting the environment?

A: I hope the novel encourages readers to consider the current assaults on our environment.

I hope people will be challenged, as I was writing this book, to learn more about climate change and the risks if we continue on our current consumption-oriented and fossil fuel-dependent path. I hope readers will think about climate activism, about what we each can do to make a difference.

The novel also dramatizes the difficult questions that come with activism – how far do we go to make change? What are we willing to sacrifice? And how do we balance our activism with staying true to the people we love. 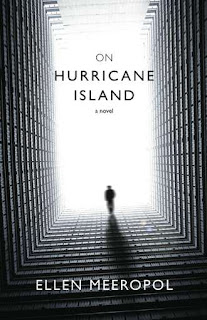 A: I’m finishing up revisions on another environmentally focused novel. It’s a story about two sisters balancing on the fault lines between family loyalty and political activism.

A: Although this is primarily Jeremy’s story, I wanted to mention Flo again. She’s a feisty woman, a lifelong political rabble-rouser, facing the loss of herself to Alzheimer’s disease. Writing her character, and her journey, was both profoundly satisfying and heartbreaking.