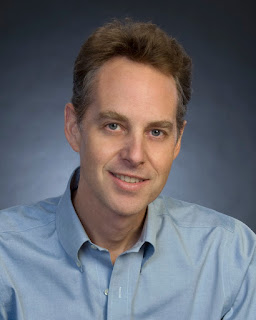 David S. Brown is the author of the new book Moderates: The Vital Center of American Politics, from the Founding to Today. His other work includes Richard Hofstadter: An Intellectual Biography. He is the Raffensperger Professor of History at Elizabethtown College in Pennsylvania.

Q: You write, “The moderate persuasion in American politics begins with John Adams,” and you also look at John Quincy Adams and other members of the family. What defines them as moderates?

A: The Adamses were a dynastic clan who all but refused to belong to political parties. They habitually saw themselves as occupying a centrist position between political extremes on the American right and left. I think this was a feature of their patrician background and fierce sense of nationalism as proud founders.

They consistently put country above party – and they paid for it.  Of the first seven presidents all were re-elected, excepting John Adams and his son John Quincy Adams.

I include a portrait of Henry Adams in this book, for he attempted in the 1870s to create a reform coalition that would stand aloof from the Republican and Democratic parties and force them to govern high-mindedly. As you might imagine, he was not successful. 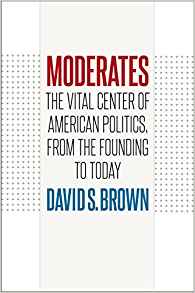 Q: You also locate Abraham Lincoln in the moderate tradition. What are some of the attitudes and actions that place him there?

A: Lincoln fascinates me because he was a tremendously adaptable leader. He was a Republican, of course, and for several years that party constituted a moderate alternative to the waning power of the old Southern plantocracy which threatened to push slavery deep into the country’s western territories.

Even when 11 Southern states seceded from the Union in 1860-61, Lincoln displayed a pragmatic strategy in the fighting that followed. The Emancipation Proclamation weakened the Southern war effort and Lincoln’s beautiful words of reconciliation near the end of his Second Inaugural Address – “With malice toward none; with charity for all” – is indicative of his desire to see the nation move beyond its sectional paralysis.

Q: Another family you write about is the Bush dynasty. What role do you think moderation played in Jeb Bush’s primary defeat last year?

A: I think the defeat of Jeb Bush – and Hillary Clinton – signified a rejection by voters of “politics as usual.” Jeb comes from a distinguished political family; his grandfather Prescott was a senator from Connecticut while his father and elder brother were presidents.

Prescott won election in the 1950s because he was a moderate in Eisenhower’s America. In practice, that meant that he accepted the social welfare reforms that came about under Democratic leadership during the New Deal era. 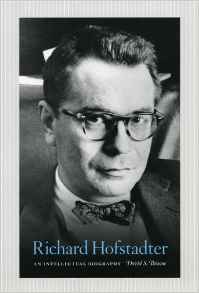 His son, George H. W. Bush, by contrast, made his home in postwar Texas just as the Sunbelt began to take off politically and economically. Unlike his father, he made his peace with the rising new Right (soon to find its great hero in Ronald Reagan) and captured the presidency – as did his son.

But voters in 2016 indicated that they wanted “change,” and Jeb, a traditional Sunbelt candidate, did not represent change.

Q: Given the degree of polarization facing the country now, what do you see looking ahead for this moderate political tradition?

A: Moderation belongs to no party. Both Democrats and Republicans have, on occasion, governed as centrists.

Clearly there is resistance to the new Trump administration in many parts of the country, but it is not yet clear whether that opposition will take a more “radical” or “moderate” form.

I believe if it goes the latter route, if Democrats identify a strong issues-oriented candidate in 2020 and reach out to those many middle- and lower-middle-class voters that they lost in November, they stand a strong chance of recapturing the White House. 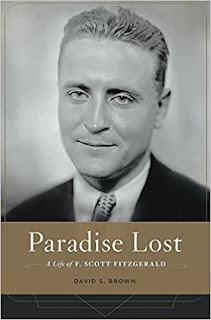 A: I have a book coming out in May, Paradise Lost: A Life of F. Scott Fitzgerald. It’s a life-and-times biography that emphasizes Fitzgerald’s historical imagination and sees him as a progressive era intellectual rather than simply a chronicler of the Jazz Age.

Researching and writing the book offered a terrific opportunity to read or in some cases reread Fitzgerald’s novels, stories, articles, and letters – this one was a labor of love.

A: Writing Moderates made me sensitive to the regional aspect of American politics and with the election of Trump, coupled with Obama’s victory in 2012, the country has elected consecutive non-Sunbelt presidents for the first time in over a half century. The last were Eisenhower and Kennedy in 1956 and 1960.