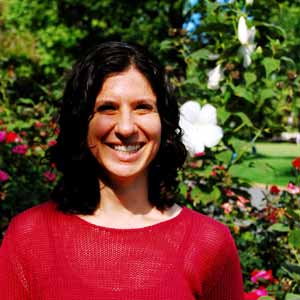 Lisa Moses Leff is the co-editor of the new book Colonialism and the Jews. She also has written The Archive Thief and Sacred Bonds of Solidarity. She is a professor of history at American University in Washington, D.C.

Q: How did you and your co-editors come up with the idea for this book and select the essays to include?

A: Maud Mandel, Ethan Katz and I had all individually written books about French Jewish history showing the importance of colonialism and later, decolonization and the mass migrations it set in motion.

In our conversations, we realized that we were not alone in seeing colonialism as a central factor in Jewish history. Indeed, we were seeing a veritable “Imperial Turn” in Jewish history in which new questions were animating the field in exciting ways. Yet there was nothing yet out there that synthetized what was going on in this new scholarship.

In 2012, we organized a conference with scholars pursuing these questions at Brown University, where Maud was then Director of Judaic Studies and is now Dean of the College. This volume eventually grew out of it—many (though not all) of the essays collected here are revised versions of papers first presented at that Brown conference. 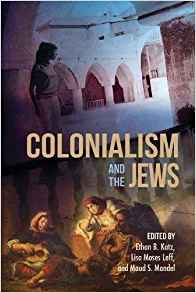 Q: You and your co-editors write that "Jewish historians have been surprisingly reticent to explore the complex ways in which Jews interacted with nineteenth- and twentieth-century overseas empires." Why do you think that is?

A: One barrier has been intellectual. Questions about Jews and empire defy many of our most basic assumptions about the history of European colonialism in Asia and Africa.

As this book reveals, Jews sat on both sides of the divide between the colonizers and the colonized, and that’s a difficult thing to make sense of.

But there is also a barrier that has to do with a certain discomfort these questions can provoke. Jews - including Jewish historians! - have been cautious when it comes to exploring questions that might reveal that Jews benefitted from colonialism in certain ways, or even worked together with colonial powers, because colonialism is now so discredited.

Q: You describe Zionism as "the greatest elephant in the room." How does Zionism fit into the discussion about Jews and colonialism? 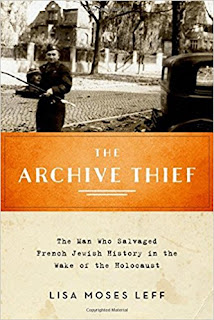 A: Anti-Zionists have, for decades, described Zionism as a colonial enterprise. In the post-colonial word, this is a real slur with strongly negative political consequences, so Zionists have fought it with a passion equal to their detractors.

Opening up questions about Jews and colonialism—in the Middle East and elsewhere—has been difficult to do because the present political stakes seem so high.

We and the scholars who contributed to our volume though believe strongly that these political stakes make it all the more urgent for scholars to address these questions using deep research, rigorous analysis and high-level scholarly debate.

This is exactly what we present in the section of our volume in which three top scholars—Derek Penslar, Joshua Cole, and Elizabeth F. Thompson—debate the question of the relationship of Zionism to colonialism.

Q: In the book, you opt to focus particularly on France. Why is France especially important in this context? 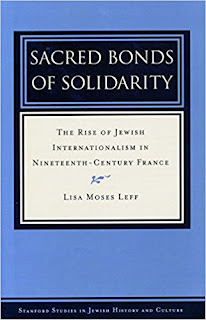 A: About half of our book’s essays do focus on France and its former colonial empire (the others cover a large range—Great Britain and its empire, Germany, Poland, Russia) and it’s largely for historical reasons.

France had Jewish populations in both its metropole and its colonies (particularly in Algeria, Morocco, and Tunisia), and so its policies vis-à-vis Jews in both places allows us to look into the larger contradictions of liberal imperialism.

For example, we keep coming back to the question of how France (and other liberal polities) could at once be so committed to “liberty, equality, and fraternity,” but at the same time, perpetuate the violence, structural inequality, and racism that were so characteristic of their colonial regimes.

From a Jewish history perspective, it raises fascinating questions about how Jews themselves understood and acted within those systems. For example, did they identify with the colonizer or the colonized?  We found it so interesting that the answer in so many cases was “both.”

A: I’m writing a book about the Panama scandal of 1892, a much forgotten but hugely important episode in the history of modern anti-Semitism.

It’s about the bankruptcy of the French Panama Canal company, which became both a financial scandal (when the level of mismanagement and fraud became public) and a political scandal (when it was revealed that over a hundred elected representatives in the French Parliament had accepted bribes from the Company).

In the aftermath, only a very small number of corrupt Company directors and politicians were even prosecuted, much less punished. None of them were Jewish. Nevertheless, in its wake, the modern anti-Semitic movement in France went from marginal to mainstream.

--Interview with Deborah Kalb. For a previous Q&A with Lisa Moses Leff, please click here.
Posted by Deborah Kalb at 8:14 AM