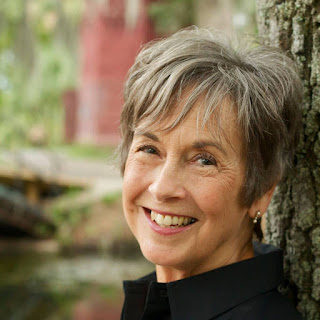 Kathleen Schrenk is the author of the new novel for kids A Dog Steals Home. She has worked as a speech therapist and middle school teacher, and she lives in New Orleans.

Q: How did you come up with the idea for A Dog Steals Home and for your main character, Zach?

A: When our first grandchild was born, my husband and I had a 13-year-old golden/chow mix named Dingo. As soon as our grandson could lift his head and focus his eyes, his gaze followed Dingo as the dog moved around the room.

He liked to reach for Dingo's plumed tail and eventually crawl to him. "Dingo" was one of his first words. Dingo died before our grandson was two, but he missed him and asked about him often.

It occurred to me that many couples today start their families when they are in their late 30s, often adopting a dog before venturing into parenthood. The dog is their first "baby." How does the relationship between that dog and the child develop over time?

Q: In addition to dogs, baseball plays a big role in the book--and you included an epilogue. Are you a Cubs fan, like Zach?

A: As the mother of three adult sons, I watched my share of Little League baseball...about one thousand, two hundred, ninety-six innings, according to my estimate. Baseball was indeed a big part of my life when the guys were young! 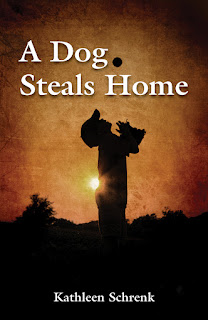 Granny, in the book, is loosely based on my mother, who was a Cubs fan and passed the tradition on to our youngest son. My husband and I became fans, as well. When our oldest son moved to Chicago for college, we seized the opportunity to visit and attend games at Wrigley.

Although we haven't kept up much with the Cubs in recent years, all of us were swept up in the 2016 excitement and cheered the Cubs on as they captured the pennant and then won the World Series.

Q: Did you plan the book's plot before you started writing, or did you make many changes along the way?

A: Many, many changes! The first draft was text for a picture book. I sent the manuscript off for a free evaluation to an independent editor I had met at the Tennessee Williams Literary Festival.

She replied that I had definitely established the relationship between the child and the dog, but that I needed plot, dialogue, and conflict. How I wish I had saved that review! She went on to suggest that I become a member of the Society of Children's Book Writers and Illustrators and join a critique group.

I took her advice and quickly learned how much I didn't know about writing.  Since I had been a sixth grade teacher and was more familiar with middle grade fiction than with picture books, I decided to expand the story and rewrite it as a middle grade novel.

I struggled most with conflict. As I realized the need for conflict to move the plot along, Audrey and her back-story developed.

The advice, knowledge, and support I received from both SCBWI and my critique group were invaluable. After the manuscript was accepted by Pelican Publishing Company, I was asked to make a few more revisions before we settled on the final draft.

Q: What age group do you think is the ideal readership for the book?

A: I think this book is well-suited for boys and girls ages eight through 11, particularly those interested in baseball, dogs, or animal rescue.

A: A middle grade mystery set in the mountains of Western North Carolina—Mystery at The Bitternut Inn....In Bitternut, 11-year-old Lucy Adams and her cat, Pumpkin, track down the culprit responsible for a series of mysterious occurrences that have plagued the inn since her family inherited it.

A: Yes. When attending book talks, I have sometimes heard authors speak of  how a particular character in their book "took over" and led the plot in a different direction. I always thought that was contrived since the author, not the fictional character, is creating the story—right?

Then I met Audrey. As she revealed her back-story to me, she began to overshadow Zach and drive the plot. I needed to rein her in before the story became hers instead of Zach's. One day I might have to give her a book of her own.