Patricia Kullberg is the author of the new book On the Edge of Medicine, which recounts her experiences working as a doctor for the homeless and urban poor. She also has written a novel, Girl in the River. She lives in Portland, Oregon.

A: To make visible the invisible was a major motivation for writing Ragged Edge. It’s always a good thing to pull back the veil from those corners of the world that are not necessarily heartwarming to contemplate.

The choices we make about how to organize our society create real consequences for very real people among us. We do not do well to ignore those consequences.

I wrote mostly about situations that did not go as planned, ones that troubled me or surprised me or occasionally ones that amused me.

It was my way to investigate and make sense of bad or unexpected outcomes, illuminate the ways in which society, and on a smaller scale, the health care system routinely failed my patients.

It was a way to examine my own foibles and, I hoped, help me become a better practitioner. It is in the midst of trouble that we most often encounter our authentic selves and what parts of those selves might not bear up so well under a little scrutiny.

A: When I started practice at Burnside Health Center in 1989 I felt like I was going out to some remote and poorly provisioned outpost.

It was located smack dab in the center of town and we had ample toilet paper. But the toilet ran, along with the cockroaches. The heat was cranky. The air conditioning was just a couple of fans. 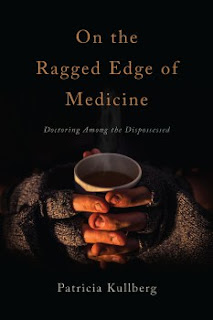 Only a small minority of the local specialists would deign to see our patients. Our access to diagnostics and therapeutics was a decade behind the cutting edge of medicine. We were laboring back on the trailing edge, the ragged edge, where everything started to fray.

The patients who came to us were not simply poor. It’s too neutral a term, as if being poor was a natural condition.

Everything had been taken from them: their homes, their families, their communities and homelands, their jobs, their opportunities, their health, their sense of well-being, their civil rights. They were marginalized, denied and dispossessed.

Q: You've also written a novel. Does your writing process differ depending on whether you're writing fiction or nonfiction, and do you see any overlap in the skills you've acquired as a writer and as a doctor?

A: Storytelling lies at the heart of medicine. The clinical encounter begins with the story the patient tells the practitioner. The practitioner adds exams and diagnostics, then reconstructs the story for the patient, organizing it into a plot with causes, interventions and outcomes.

This is the basic premise of the relatively new field of narrative medicine. Imagining the patient as a text to be read is a grand counterweight to the tendency in medicine to reduce and narrow and separate a patient's problems from context. I wish I’d been taught this when I was in training some 40 years ago.

As a writer of fiction, it was natural for me to organize my experiences as a doctor into a series of non-fiction narratives. Stories are more compelling than arguments. It is, however, much more fun to write fiction, and much easier to get at the truth, a concept not to be confused with the idea of “alternative” facts.

Q: What do you see looking ahead when it comes to health care options for the homeless and urban poor in the United States?

A: Not much that is hopeful. The community of agencies and workers involved in health care for the dispossessed has become very skilled and savvy in how they approach patients’ problems within a psycho-social context. 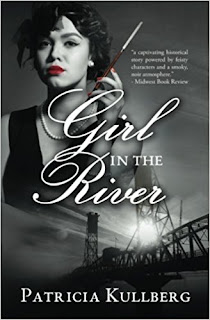 If the resources are there, we can be enormously helpful and effective in treating psychologically and physically distressed persons re-inhabit their lives in healthy, sustaining ways.

But in the current climate of retrenchment, the poorest patients will likely suffer the most. Medicaid, in particular, is likely to be restructured in ways that deny benefits to more and more patients.

A: My current project is an historical novel about Vanport, a World War II-era federal housing project for shipyard workers, which was situated in the combined floodplains of the Columbia and Willamette Rivers.

Vanport is the story of two families, each haunted by the death of a loved one. It’s 1943. Both families arrive in Vanport City, a planned community that is visionary in scope, but shoved to the swampy outskirts of Portland. The citizens of Portland want nothing to do with the Okies and Coloreds who’ve come to the area to live and work.

Sissy, a 13-year-old of mixed Native American and White heritage befriends Abe, one year older, an African-American boy out of Mississippi. Their troubled relationship draws the two families together over time in ways that eventually drive both families to the brink of ruin.

The novel is based on a series of actual historical events and illuminates the local history of race and class prejudice and how people resisted.

A: Girl in the River, my first historical novel, explores the politics of sex and reproduction through the eyes of a high class hooker in mid-20th century Portland.

It was a time distressingly like our own, a time of dynamic shifts in the opportunities for and expectations of women. In the current environment, readers might find the novel both comforting and illuminating. We’ve been here before.