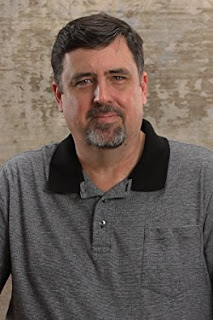 Richard Paolinelli is the author of the new science fiction thriller Escaping Infinity. His other books include Reservations and Maelstrom. He worked as a sportswriter for a variety of newspapers, including the San Francisco Examiner, and he is based in California.

Q: How did you come up with the idea for Escaping Infinity?

A: It actually started out as a rough idea while listening to "Hotel California" by the Eagles. I thought the whole concept of “you can check out any time you like but you can never leave” would make a great story. I just didn’t want it to be a blatant rip-off of the song.

But the final concept didn’t really fall into place until years later when I was suffering through a recurring nightmare of walking along a cave or some type of long corridor and not being able to get back out.

I finally figured out what my subconscious was trying to tell me and the nightmares stopped, but that was also the moment when all of the pieces to the story of the Infinity snapped into place. 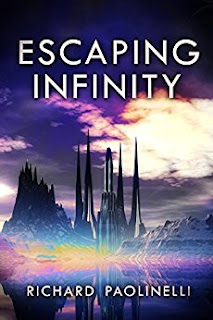 Q: Why did you decide to write some of the chapters in first person and some in third person?

A: I wanted the readers to really feel Peter’s growing panic and fear as he discovered the trap he was in and tried to find his way back to the outside world, so first person was clearly the way to go there.

But there were things the reader needed to know that Peter couldn’t possibly know, which meant those sections needed to be in third.

One of my favorite authors as a younger reader, Louis L’Amour, had written a couple of books where he switched back and forth between first and third and I always wanted to give it a try. This book was the perfect vehicle for me to do that with.

A: I write the opening chapter first, then the final chapter before going back to where the first chapter left off. Then I know where I’m starting from and where I’m going to. 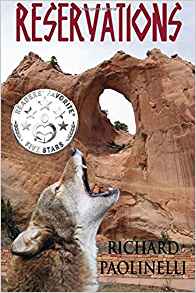 But I broke that rule a little with Escaping Infinity. Once I originally finished it, I didn’t like the way it ended.

So I went back, added the prologue, made a few changes within the body of the manuscript and added the final two chapters. It completely changed the purpose of the Infinity Hotel and turned the book from a dark horror story to a much better sci-fi thriller, in my opinion.

A: I have the final two books of a mystery-thriller series I am trying to wrap up to fulfill a publishing contract. Then I have several sci-fi projects I want to get started on later this year.

A: I say this not only for my own books, but for any author’s books and especially for indie authors who are publishing their own books. 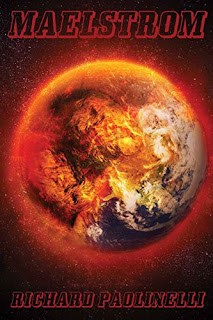 If you have an Amazon account and you read one of their books, please go on Amazon and leave a review. Even if it is just clicking on how many stars you think it rated and typing in three or four words – “I liked it” or “I didn’t like it” – it does the author a world of good, especially if their book is not at the 50-review threshold.

Promoting their books becomes so much easier once they’ve cracked the 50-review mark and your review is the greatest gift you can give them.