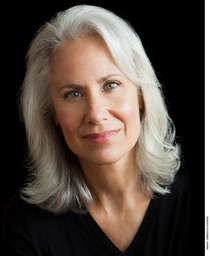 Lynn Povich is the author of The Good Girls Revolt: How the Women of Newsweek Sued Their Bosses and Changed the Workplace, also a series on Amazon Prime. She spent many years at Newsweek, where she was the magazine's first woman senior editor, and also has been editor-in-chief of Working Woman and managing editor at MSNBC.com. She is a co-editor of All Those Mornings...at the Post, a collection of the work of her father, sportswriter Shirley Povich. She lives in New York.

Q: Why did you decide to write The Good Girls Revolt?

A: There’s been enormous progress—women certainly are in the middle-to-senior management, but they’re rarely at the top. In the media, there have been women running news organizations in the past but there are almost none now except for Nancy Gibbs running Time magazine.

Earlier, there were women at The Oregonian, the Chicago Tribune, The Philadelphia Inquirer…Each moment is a picture in time; it ebbs and flows.

[The young women of today in the book] didn’t identify it with a gender issue, they thought they must not be good enough. That’s the kind of subtle discrimination that still exists--old boys’ clubs. 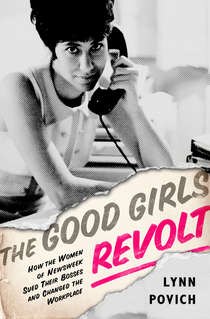 A: The immediate impact was that it opened doors for other women to sue. Three months later there was a suit at Time, Fortune, and Sports Illustrated. Then the door opened, and there were suits at the AP, NBC, and The New York Times.

One woman [I spoke with] said that this was not only [affecting] the media, but she had worked in an advertising office, and read about the Newsweek case and [considered a suit]—there was an impact beyond the media.

A: Some of our bosses were very supportive. But a lot of the guys didn’t like affirmative action…Osborn Elliott, had he stayed on the editorial side, would have made changes. He was the father of three girls.

It was the middle-management level where a lot of discrimination took place. The three women who tried out as writers after the lawsuit all failed their tryouts. We knew those guys didn’t want them to succeed…

A: Women are doing very well as journalists. They are covering wars, the president (not just the First Lady), business and doing investigative reporting. But again, they are not running news organizations.

But journalism is not alone here. Women are about 50 percent of students in law school and medical school but again, they are not running law firms or major medical institutions...

I find that some of the unhappiest women I know are lawyers in firms. Many leave for corporations. The law firms haven’t changed that much. 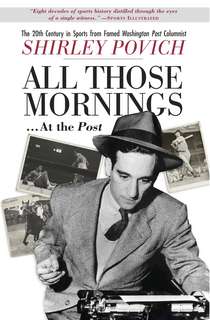 Q: How did the Amazon Prime series adaptation of your book come about, and what do you think of it?

A: I was approached by many film and TV producers or readers for producers but my lawyer told me I wouldn't have any creative control over the project, so I rejected them.

A year later, Lynda Obst called me. I knew Lynda when she was an editor at the New York Times Sunday magazine in the ‘70s. She went on to become a very successful film producer, including Sleepless in Seattle and most recently Interstellar.

So she was my age, knew the era and understood journalism. So I gave her the option on the condition that the series be fictionalized, which it is. Her deal was with Sony, so Sony developed a pilot and sold it to Amazon and Amazon picked it up for a 10-part series.

Q: What has been the reaction to your book and to the Amazon series?

A: It’s been overwhelming to me. I was very worried that no one would want to read about a lawsuit from 40 years ago. I’m lucky that the young women called me, and that allowed me to [incorporate recent material]…

I’ve been speaking to women’s groups, law firms, young men and women at universities. It’s resonating among a larger group. It’s a moment to talk about what hasn’t changed, and what needs to change.

What's been most satisfying is the impact of the Amazon series, Good Girls Revolt. It reached a younger audience so that now, many young women--and men--now know about the courage of the Newsweek women and what it was like for all women back then and they have been inspired by the series to become active again.

And we're beginning to see enormous energy again by women politically, which is thrilling.

Q: As someone who's been in the media and written about it, what do you think of the current headlines about the press, and what do you see looking ahead?

A: I think it's a very critical time for the media, mainstream and new media like Buzzfeed, since Trump is attacking it as fake news.

The press's job is to hold the government accountable to the people who elected it and for the most part, they are doing the job. But people's access to news has become polarized as our political system has, so people are only looking at and reading the sites they agree with.

The question is how to expose what I call "the persuadable people" to accurate reporting when so many local newspapers no longer have bureaus in their state or even investigative reporters.

The bigger papers, The New York Times and The Washington Post, are adding reporters and non-profits like ProPublica are adding midwestern outlets, so there is some movement. But I fear the press will be under attack during the entire Trump administration.

A: No. I’m still thinking about some issues about young women and where feminism and women are today…I’ve been talking to a lot of people.

--Interview with Deborah Kalb. For an earlier version of this Q&A, please click here. Lynn Povich will be appearing at the Temple Sinai Authors Roundtable on March 25.