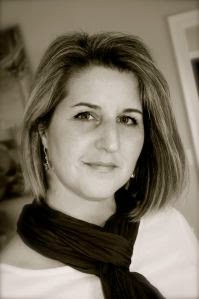 Kristin Waterfield Duisberg is the author of the new novel After. She also has written another novel, The Good Patient, and has taught creative writing at Boston University and the Grub Street Writers' Workshop. She is the editor of the University of New Hampshire alumni magazine, and she lives in Durham, N.H.

Q: The main character in After is facing breast cancer, while her husband is dealing with the lasting effects of growing up in Nazi Germany. Why did you decide to include both of those themes in your novel?

A: The husband’s story about being a young boy in Nazi Germany is one I’ve wanted to tell for a long time, and it’s very loosely based on – or maybe I should say inspired by – my father-in-law’s own experience.

What interested me was not so much the historical facts—it’s hard to hold anyone else’s suffering in World War II up against that of Holocaust victims’— but the emotional repercussions: What is it like to endure something as traumatic as losing your home and family as a young child, only to be told that trauma doesn’t count? How does feel to carry that guilt (earned or not) around for the rest of your life?

As a writer who is always interested in characters’ interiors, those were questions that fascinated me. It struck me that, by living your life at a particular pitch, there were ways of adapting and compensating successfully in adulthood, but what happens when that pitch changes?

That, of course, is where the breast cancer story comes in. Martin and Nina have a good-enough marriage, but it’s a marriage with pretty rigid emotional boundaries—and though Nina has respected those boundaries arguably longer than she should have, when she is diagnosed with breast cancer, they are no longer acceptable to her.

For me, this is really at the heart of it a story about a marriage, and for that story to be interesting, both main characters needed to have something really major at stake.

As for why breast cancer, specifically, I chose that for Nina’s crisis a variety of reasons. For one thing, there’s quite a bit of breast cancer in my family tree, on both sides, so it’s something I’ve always been aware of. For another, I think it’s powerfully symbolic—this threat to the most obvious badge of female sexuality. I think most women find it hard to separate their sexual identity from the idea of breasts. 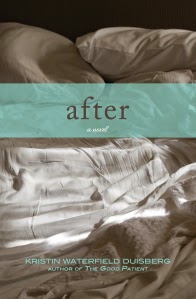 And as Nina says, it’s relatable—I have had many different women reveal their own breast cancer stories either after reading the book or after hearing what it’s about. (Probably the best public service I’ve done is to encourage women to do their breast self-exams, as more than one reader has told me she has done!)

Finally, I worked at Massachusetts General Hospital for many years, writing patient stories (among other things) and I encountered many, many brave women who were battling breast cancer. Some had good outcomes, and some did not. Nina’s story seemed like one small way to honor some of the women who shared their experiences with me.

Q: What was your writing process like? Did you know the ending of the novel before you began, or did you change things around as you wrote?

A: My writing process is, quite frankly, painful! With both this book and my first one (The Good Patient, St. Martin’s 2003), I wrote hundreds and hundreds of pages that I never used.

In both cases, I knew the ending of the novel very early on in the process—I just wasn’t sure how to get there. It wasn’t a question of it being the wrong ending, or of feeling constrained by trying to write toward a certain ending; it was having a-more-intuitive-than-pragmatic understanding of what I wanted to achieve and feeling like the journey that took me there wasn’t the right one.

This book has a pretty emotional ending, I think, and that emotion had to be earned in a way it really wasn’t in earlier versions of the story.

I wish I was a more structured, strategic writer—I know other writers who outline and do character biographies and things like that, but it’s never worked for me.

All I really knew starting out was what burdens these characters would be facing, and how the story would end. But I really had to feel my way through the events and experiences that would get them to that end, and my first impulse is really to overload. 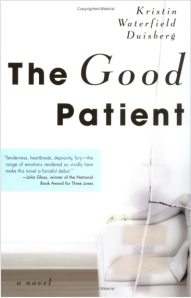 At one point, I toyed with Martin showing signs of senile dementia, and there was much more conflict with Martin and Nina’s daughter, Audrey, but it was just too much. I added characters, I combined characters; for a while, Martin’s son from his first marriage played a somewhat significant role. Luckily, I don’t mind slashing and burning.

A: Wow—hard to choose. The first writer to really knock my socks was Toni Morrison. I read Sula and The Bluest Eye in high school and just fell in love with Morrison’s language and the fearlessness of her writing. I heard her read at my college (Bowdoin) freshman year and it was the most incredible experience. She’s the first writer who made me want to race back to my room and write.

Other writers who make me feel that way are Ann Patchett, Elizabeth Strout, Geraldine Brooks, and Ian McEwan. They’re all writers who write beautifully, who I admire on a sentence level, and who have expressed a real diversity in their work: subject matter, voice, style.

I also love Julia Glass’ writing—Three Junes is a book I’ve picked up many times over the past 10 years, intending to read just a section or a couple of chapters, only to find myself drawn into it all over again.

The last book I read that I really wished I had written was We Are All Completely Beside Ourselves, by Karen Joy Fowler. Great writing, great storytelling, and a whole science-y/medical/geeky underpinning that was completely up my alley.

Q: As the editor of the UNH alumni magazine, how much do you focus on books written by alumni, and how often do alumni authors get in touch with you?

A: We have a terrific, experienced book reviewer who reviews two books in each issue of the magazine, so six books a year. They’re mostly by alumni, but occasionally by faculty members or staff (though I decided it would be a little too self-serving to include my own book!).

They’re great reviews, and people really pay attention to them—and being a writer myself, I think it’s important to highlight that kind of work as well as all the great scientific and social science research we do, the professional achievements of our alums, etc.

We have a couple of well-known novelist alums—John Irving ’65, Alice McDermott ‘78G, Ursula Hegi ’79—and very good MFA programs in fiction and nonfiction that are producing great writers all the time.

The hardest thing is choosing where and how to highlight books, particularly with the advent of self-publishing. We’ve seen a BIG increase in self-published submissions, and for writers in that bracket, an alumni magazine review is a huge and meaningful piece of publicity (it can be a huge and meaningful piece of publicity for a traditionally published author!), particularly when the only other major outlets are paid reviews at places like Kirkus.

It’s hard to say no when you know someone has so much hope riding on the possibility of being reviewed, so we try to make sure to post everything that comes into my office online. It’s usually not much more than a thumbnail image and a link to Amazon (or the writer’s website, if she/he has one), but it’s something.

A: I’m working on a novel set in the early 1970s that’s based on a real historical event: Aristotle Onassis’ unsuccessful attempt to buy up a huge chunk of waterfront property here in Durham, N.H., to build the world’s biggest oil refinery on.

My interest in it is somewhat personal—I grew up in Durham and was a very young girl when this was happening; I only learned a few years ago that the grassroots group of “irate housewives” that organized the anti-Onassis movement was led by the mother of one of my childhood best friends.

They lived in a big, beautiful farmhouse with an apple orchard on the edge of Great Bay and my friend had her own sailboat. In fifth grade, we’d go to her house after school, pick apples from her orchard, and sail around the bay in her boat.

A: Since I brought up Julia Glass and we touched on my editing career, here’s something a little funny: in my first “corporate” writing job – putting out a monthly newsletter at JP Morgan in New York – I inherited a freelance writer named Julie Glass.

She mostly wrote human interest stories and employee profiles, and I felt like the biggest failure as an editor when I received her drafts, because there was never anything I could find to comment on, change, etc.

It made me crazy—right up until the day I saw her photo on the book jacket for Three Junes and spied the little sticker declaring her a National Book Award finalist (and eventual winner).