Q&A with author Doug Most 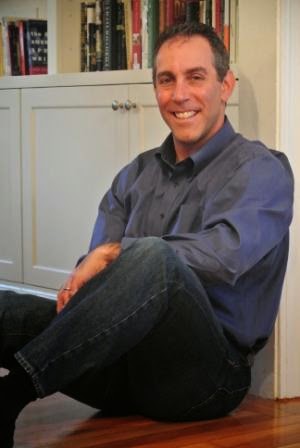 Doug Most is the author of the new book The Race Underground: Boston, New York, and the Incredible Rivalry That Built America's First Subway. He also has written the book Always In Our Hearts. A deputy managing editor at The Boston Globe, he lives in Needham, Massachusetts.

Q: You note that New York's subway system has received a great deal more attention from researchers than its Boston counterpart, despite the Boston system's seniority. Why is that, and how did you first get interested in writing about the histories of the two subways?

A: New York is obviously a much larger city and historians have chronicled its every achievement in far greater detail than any other city. The book Gotham is a prime example, a remarkable, 1,000-page book telling the history of New York City up to 1898. New York's subway, when it opened, was 21 miles, whereas Boston's when it opened was barely two miles.

That's partly because New York spent four years building its first legs, while Boston spent barely two years. But also in the seven years between when Boston opened in 1897 and New York opened in 1904, we simply got better at building, digging, constructing things. And that would only continue to improve as time went on.

I was admittedly surprised that nobody had told the rich and true story of Boston's subway, considering it was the first one in America, and it had such great stories behind it. But that made it so much fun to dig into the history, knowing so much of what I was writing had never been told before.

As for my interest in subways, there is no great story behind it. I used to be a transportation reporter at The Record newspaper in Hackensack, New Jersey, where I covered New Jersey Transit, the Port Authority, and other transit issues. That was a fascinating beat to cover. But in general I was just looking for a great story about American history, in the vein of David McCullough's The Great Bridge.

Q: What were the roles of the Whitney brothers in the construction of the cities' respective subways? 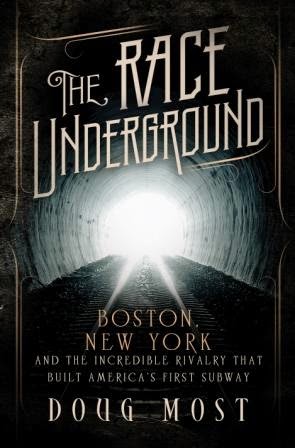 A: So Henry Melville Whitney in Brookline, Massachusetts, and William Collins Whitney in New York were a remarkable pair of brothers, overlooked in American history.

Their family is as famous as any. Eli Whitney was a cousin. And the Whitney Museum of American Art was started by William Whitney's children.

Henry Whitney became the owner of the Boston street transit company that ruled the streets of Boston in the late 1880s, and he was the first person to boldly propose tunneling under the streets of Boston. Even though he would later disappear from Boston and move on to other challenges, Henry Whitney was a visionary who helped push Boston transit into the 20th century with gusto.

William Whitney was a much more successful man than even his brother. He studied at Harvard and Yale, helped bring down Boss Tweed and eventually became Secretary of the Navy under his friend, President Grover Cleveland.

When Whitney returned to New York City in the 1890s, he got involved in the street transit operations like his brother in Boston. Ultimately, when the powers of New York wanted to build a subway, they needed a man with powerful political and business interests to push the subway bill through the legislature, and William Whitney was that man.

These two men played huge roles in the subway projects of their respective great cities, which made for terrific storytelling.

Q: How and why did people's attitudes change about traveling underground?

A: The attitudes had to change. There was nowhere left to move. In the late 1800s, immigrants had flooded American cities, and the cities were so crowded the streets were unbearable. Horse-pulled carriages were too slow, cable-pulled trolleys were prone to breakdown, steam trains were too dirty, and battery-powered trolleys were unreliable.

The book tells the story of how the subway, the underground train, was really the only solution for cities, and how people were forced to confront their longstanding fears of the underground, a place where, to them, the devil lived and the only reason to ever go there was if you were dead.

Q: What do you see as the future for subways, and do you have a favorite subway of those you've visited?

A: There continues to be huge demand for new and expanded subway projects, because the streets of cities are so crowded. New York is in the midst of building the gigantic Second Avenue Subway project. Boston is about to embark on its first subway expansion in almost 30 years.

And even Los Angeles, a city where people are famously married to their vehicles, is talking of building the Subway to the Sea, to take people from downtown to the Pacific Ocean.

I love riding subways whenever I visit cities. When I was on the Diane Rehm show on NPR in Washington, I could have taken a cab out to her office, but naturally rode the Metro, which is such a great system and so clean and quiet. Paris's Metro is gorgeous, and I love London's Underground, which was the world's first subway. I've been told Moscow's is phenomenal, but I've never ridden it. Maybe one day.

A: Back at my day job as a deputy managing editor at The Boston Globe, doing a lot of events to spread the word about my book, The Race Underground, and thinking of possible new ideas, but nothing has struck me yet.

A: If there's one thing I hope people take away from The Race Underground, it's a new appreciation for mega-projects like this. These tunnels were built by men with their bare hands, picks, shovels and axes. It was dangerous, and sometimes deadly work. And they are remarkable feats of engineering.

I hope when you are riding on subways, you take a look at the tunnels and look up from your phone and just appreciate what it took to build a subway.