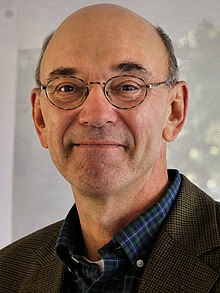 Henry Wiencek's most recent book is Master of the Mountain: Thomas Jefferson and His Slaves. His other books include The Hairstons: An American Family in Black and White, and An Imperfect God: George Washington, His Slaves, and the Creation of America. He lives in Charlottesville, Virginia.

Q: Why did you decide to write about Thomas Jefferson and his slaves, and what did you find that surprised you most?

A: I had just finished a book about George Washington, who freed all his slaves. Jefferson did not free his slaves, and I wanted to find out why, because he has a reputation as a fierce enemy of slavery.

I was surprised to find that Jefferson's opposition to slavery ceased in the 1790s and he embarked on an ambitious, well-planned effort to modernize slavery by industrializing it and, in general, diversifying it.

He started a nail factory, worked by small boys, that was immediately very profitable. To make the plantation more self-sustaining he started a textile factory where slaves (including his daughter Harriet Hemings) produced clothing for other slaves.

He was not an enemy of slavery but quite the opposite. He was a very shrewd and successful slaveholder, an innovator--the Henry Ford of slavery.

Q: What are the greatest misconceptions about Thomas Jefferson's attitude toward slavery?

A: His reputation as a frustrated emancipator is undeserved. As president he actually expanded slavery into the Louisiana Territory despite congressional efforts to restrict it. 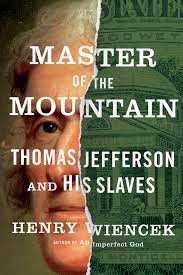 At Monticello he was not a benevolent manager, which is a misconception we get from his treatment of the household slaves and his top artisans, most of whom were members of the extended Hemings family, so they were his relatives.

They got better clothing, food, housing, and work assignments than the majority of Jefferson's slaves. The field slaves endured a surprisingly cruel regime run by a series of brutal overseers. The nail boys were whipped to make them work.

Another misconception, circulated by him and his family, was that the expense of maintaining slaves drove him into debt, when in fact the slaves kept him afloat while he spent freely on his mansions (he had two, Monticello and Poplar Forest), wines, and other luxuries.

Q: What more can you say about how Jefferson's attitude compared to that of George Washington when it came to slavery? 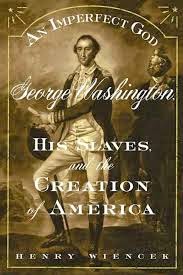 A: George Washington was appalled that slaveholders were turning people into money like "cattle in the market." He freed his slaves so that his heirs couldn't sell them and break apart their families.

In stark contrast, Jefferson pioneered the monetization of slaves. He realized that the natural increase in the slave population, which he calculated at 4 percent a year, provided a self-renewing source of capital.

He urged neighbors to invest in slaves because slaves yielded a "silent profit" with their annual rise in value. Using slaves as collateral, he took out a $2,000 loan from a foreign bank to finance the renovation of Monticello in the 1790s.

Washington never expressed any racist views; he never said that black people were inferior to whites, and he left money to educate and train his freed slaves. His will indicates that he believed that black people had a right to live in this country as free people.

Jefferson said that all black people must be expelled from the country once the slaveholders had no more use for them. Oddly enough, the Monticello website says that Jefferson believed "it was anti-democratic and contrary to the principles of the American Revolution . . . for only a few planters to free their slaves." 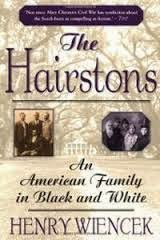 If you accept this argument then you get the bizarre conclusion that George Washington, the greatest hero of the era, didn't understand the principles of the Revolution.

Q: What is your sense of the nature of the relationship between Jefferson and Sally Hemings?

A: The best evidence we have is the 1873 newspaper interview with their son Madison Hemings, who said that his mother was Jefferson's "concubine," a very harsh word. He said that when his mother was a teenager in France, Jefferson got her pregnant, and she agreed to become his mistress if he would free their children.

Madison said Jefferson loved his wife, Martha, but Madison never alluded to any affection between his parents. Madison is our best source of information; he was very blunt; his portrayal of the relationship is unromantic and discomforting, but that's what he said.

A: I'm at work on a joint biography of Stanford White and Augustus Saint-Gaudens, two of the great creative forces of the Gilded Age, and two very fascinating, complex personalities.

A: The Jeffersonian establishment is greatly annoyed by Master of the Mountain and they rail against it; but the response from academics outside the TJ circle, and from reviewers, has been very positive.