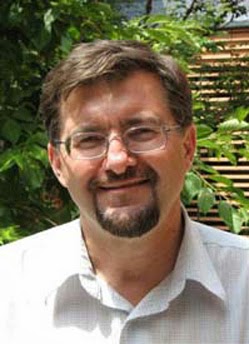 Serhii Plokhy is the author of the new book The Last Empire: The Final Days of the Soviet Union. His other books include Yalta: The Price of Peace and The Cossack Myth. He is the Mykhailo Hrushevsky Professor of Ukrainian History and director of the Ukrainian Research Institute at Harvard University, and he lives in Arlington, Massachusetts.

Q: How was your new book’s title, The Last Empire, chosen?

A: In my experience, you choose the title together with the publisher; it’s a product of negotiations! But what I write in the book is that I look at the Soviet Union as the last great modern empire. I put it in the context of the disintegration of the British Empire, the French Empire.

You can use the term “empire” very broadly, but this is in terms of the classic empires of the 18th, 19th, and 20th centuries—[the Soviet Union] was the last one.

What is happening today is a post-colonial situation where Russia tries to create a sphere of influence, not necessarily incorporating those lands into the Russian Federation.

If you look at the history of other empires, there are attempts to be present in their former colonies. That is the closest parallel. [Russia] annexed Crimea, but that’s more the exception than the rule.

Q: What was the role of the United States in the fall of the Soviet Union?

A: This book argues against a number of historiographical trends that overestimate the role of the United States. On the Russian side, there also are all sorts of conspiracy theories [such as] a CIA plot. That’s one kind of trend I’m going against.

Here in the United States, there’s a triumphalist [view] of the Cold War where the disintegration of the Soviet Union is seen as a symbol of American victory in the Cold War. What I’m trying to show is that until the very end, the U.S. policy was to keep the Soviet Union together and keep [Soviet leader Mikhail] Gorbachev in power.

On the 25th of December 1991, there were two major documents from the White House. One was praising Gorbachev for ending the Cold War. Then there was the Bush address that [saw the events] as a sign of American victory.

Q: Why was that? Why the two conflicting messages?

A: It was not irrational. There were reasons to keep Gorbachev in power—[concerns about instability] following the disintegration of the Soviet Union were on Bush’s mind; he had worked with Gorbachev; he liked him; the people around Bush were suspicious of [Russian President Boris] Yeltsin.

This is ignored by the dominant narrative on the end of the Cold War here in the United States. I’m arguing against the triumphalist approach, and also against the conspiracy theories in Russia.

Q. You write that you had access to new material as you researched the book. What did it include?

A: I worked with the archives in the Gorbachev Foundation, and that was helpful. But the most interesting material was here in the United States, in the George H.W. Bush Presidential Library. They did fantastic work in declassifying material. There are telephone conversations [between leaders of the Soviet republics], memos that Bush’s staffers prepared for him. I also worked at Princeton with [then-Secretary of State James] Baker’s papers. 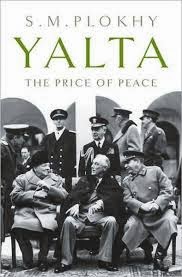 Q: Looking at Ukraine, what was its role in the end of the Soviet Union?

A: It was really crucial. Ukraine’s vote for independence on December 1, 1991, really spelled the end of the Soviet Union. Coming from Ukraine, it was interesting that my country played an important role, but I was trying to understand why that happened.

President Yeltsin explained to President Bush the role of Ukraine, how that influenced the Russian position: If Ukraine did not sign the [draft union] treaty proposed by Gorbachev, then Russia would not sign either. [Russia] was afraid to be outnumbered and outvoted [in the Soviet Union] by the Muslim republics.

Once Ukraine decided it was not going to sign, Yeltsin’s position was that Russia wouldn’t sign either. Union, then, was not something that would attract other republics. Ukraine at that particular moment had the key vote, and it decided to leave the union.

Looking at today, keeping Ukraine in the Russian sphere of influence is crucial for whatever plans [there are] for Russia as a major power. As Ukraine goes, so go other former Soviet republics.

Q: What else can be learned from the end of the Soviet Union when it comes to today’s situation?

A: One thing is that despite the fact that President Bush and the people around him helped create the triumphalist narrative, overall they did, in my opinion, a very good job of managing a situation that was very dangerous. 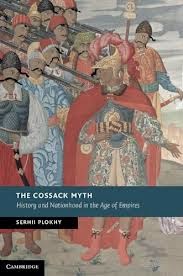 One way they achieved that, we know from the telephone conversations, was that he was able to create a unified front of Western countries. Bush was speaking on behalf of them.

When Yeltsin met with the presidents of Belarus and Ukraine and decided to dissolve the Soviet Union, the first call they made was to President Bush.

There was no unity on Yugoslavia a few years earlier: Germany had its own vision; the United States has its own opinion.

Today, it’s essential for Europe, the United States, and Canada to speak to Russia with one voice. That’s one lesson that can be learned.

Q: What do you think will happen next in Ukraine?

A: Almost every day, I thank God that I’m a historian and not someone making predictions! If I were paid to make predictions, I would be completely broke!

The key is the presidential elections in Ukraine that are scheduled for May 25. That is very important to provide additional legitimacy to the government in Ukraine. That is also the time when the government in Kiev will have to come up with a new policy toward the east of the republic.

My understanding is that the elites in Donetsk [in the eastern part of Ukraine] will try to use the current referendum not necessarily to leave Ukraine. They are subsidized by the central government. They are like the Rust Belt. They will try to gain advantages—an economic package from Kiev to that region, which is in a very difficult economic situation.

I don’t see an incorporation of that region into Russia. But if a workable arrangement is not made between Kiev and the two regions in the east, there could be the emergence of a new unrecognized state in a very difficult economic situation that can become the source of instability for the region, and the world.

A: I’m in the middle of working on [a project about] Chernobyl. I’m trying to look at the world’s largest nuclear disaster from the perspective of what happened in Japan [at the Fukushima Daiichi reactors in 2011] –whether to continue with nuclear power.

It’s also about the last stages in the history of the Soviet Union, but the questions are about the relationship between the human race and technology, and what led to the disaster.

A: We’ve talked about the reinterpretation of the [views on] the American side; that’s something I find very important.

The main point of the book is that we look at Russia, the Soviet Union—they behave differently. At the end, there are trends in world history, and empires come to an end. Today, through the prism of empire, national states, movement of borders--those are the right lessons to understand what’s happening today.