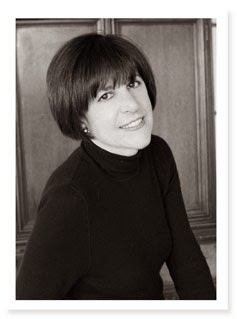 Ellen Feldman is the author of the new novel The Unwitting. Her other books are Next to Love, Scottsboro, The Boy Who Loved Anne Frank, and Lucy. She lives in New York City and East Hampton, N.Y.

Q: How did you come up with the idea for The Unwitting?
A: Though the novel is really about a marriage, how it is threatened and how it endures, it is set against a powerful political landscape that gave rise to the idea for the book.
A few years ago, I was talking to a friend about her father, a career Navy officer, who died, before she was born, in a plane crash on an official mission. She said that not until the Freedom of Information Act many decades later was she able to get any details of his death. 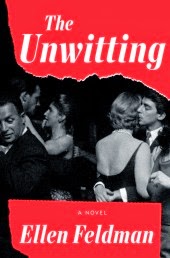 I was both fascinated and horrified by this and began to research clandestine operations of the period. That was when I found out about Cold War dirty tricks known as the Cultural Cold War.
In the 1950s and '60s, the CIA secretly funneled a considerable amount of money to magazines, publishing houses, arts organizations, universities, and student groups.
Most of the people who participated in the programs did so unwittingly. In fact, that was the CIA’s term for them.  Those who knew that the funding came from the CIA, usually one person high up in the organization, was known as witting. Everyone else was unwitting. 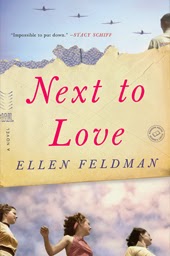 I have since spoken to unwitting people who felt morally betrayed when they found out. I have also read of people who claimed to be unwitting, but who were probably witting.  The story with its devastating personal ramifications was a moral conundrum begging to be explored.
Q: What sort of research did you do to recreate the era the novel covers?
A: Just about everything I could get my hands on from official government records to personal memoirs, from magazine ads to interviews with various people both inside and outside the CIA. The research was, as always, fabulous fun, but there comes a time when you know you have to stop it and start writing. 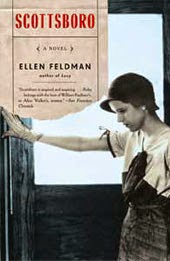 Q: Why did you choose to have the book begin on November 22, 1963?
A: It has to do with public and private grieving, or as Nell the protagonist in the novel says, “comparative bereavement,” but if I say any more than that, I’ll give away too much. Suffice it to say this is a novel about a marriage and a country betrayed.
Q: Your novels have been set in various decades of the 20th century. Is there a time period you've particularly enjoyed writing about?
A: I guess I’m terribly fickle, because each time I submerge myself in a period, I fall in love with it.
Q: What are you working on now?
A: I’m writing a novel about Margaret Sanger.  It’s amazing how few women know who she is, and yet she shaped the sexual world we inhabit. It’s also shocking how relevant her century-old struggle is to today’s issues.
--Interview with Deborah Kalb
Posted by Deborah Kalb at 6:31 AM