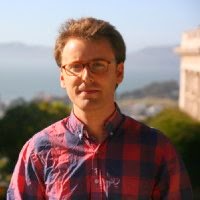 Ben Tarnoff is the author of the new book The Bohemians: Mark Twain and the San Francisco Writers Who Reinvented American Literature. He also has written A Counterfeiter's Paradise. He is a San Francisco native.

Q: How did you end up focusing on this particular group of writers?

A: Having grown up in San Francisco, I always wanted to write about the history of the American West. I was looking for a narrative entry-point into the subject--a story that would let me share my enthusiasm for the topic with a broader audience.

I've also always loved Mark Twain, and when I dug deeper into his years in San Francisco, and discovered the Bohemian literary scene around him, it felt like the perfect fit. It let me talk about all of my favorite things at once: Twain, California, writers, the Gold Rush, the Civil War, and so on. 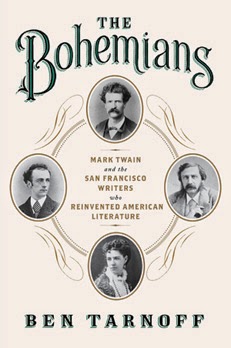 Q: You write, "The Bohemians would bring a fresh spirit to American writing, drawn from the new world being formed in the Far West." What qualities about their writing were especially Western in nature?

A: The Bohemians made art out of materials long considered too trivial or too crude to be taken seriously by the custodians of “serious” culture--namely, the stories and characters and settings and slang of the Western frontier.

They showed that the West wasn’t some barbaric illiterate backwater waiting for the East to civilize it but a civilization of its own, possessed of its own unique history and habits, and capable of inspiring great literature.

They taught America that the country's vernacular speech, in all of its regional varieties, isn’t a corruption of proper English but a more imaginative rendering of it.

Q: Mark Twain gets top billing in your subtitle. How did the other writers in the group compare to him, and how did they get along?

A: Mark Twain is the book's main character, and he's certainly the best known. He achieves the most lasting legacy, and has the largest impact on American literature.

But in the 1860s, he was still a young, emerging writer in California, surrounded by other young writers struggling to succeed on the national scene.

His relationship with them was complex: they competed, they collaborated, they shaped one another's literary style and sensibility. They were on the same team, and felt a certain sense of solidarity, yet they were also trying to outdo one another. Friendships among writers are probably always like that. 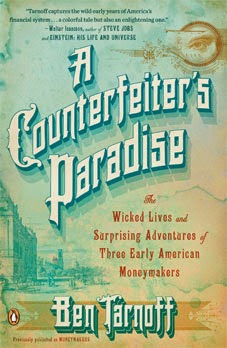 Q: Ina Coolbrith was a major figure in the group. Was San Francisco a more welcoming place for a woman in literature than other cities at that time, or not especially?

A: San Francisco in the 1860s was young and cosmopolitan and isolated, and it had a much freer cultural atmosphere than the rest of the country.

It's safe to say that Victorian mores held less sway in San Francisco than elsewhere, and that applied not only to vices like drinking and gambling, which were always a big part of the Western experience, but it also gave women a bit more breathing room. Ina Coolbrith took full advantage of that.

A: I'm trying to figure out the next project! It'll be something to do with American history.

A: Mark Twain has a lot of fans, but I'd urge Twain enthusiasts to give Bret Harte and Charles Warren Stoddard a try. There's a great Penguin edition of Harte's short stories, and Stoddard's South Sea Idyls is available on Google Books. If you like Twain, you'll like those books! I promise.