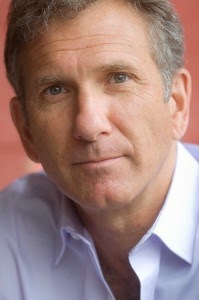 Carl Hoffman is the author of the new book Savage Harvest: A Tale of Cannibals, Colonialism, and Michael Rockefeller's Tragic Quest for Primitive Art. He also has written The Lunatic Express and Hunting Warbirds. A contributing editor at National Geographic Traveler, he is a Washington, D.C., native.

Q: You write that you've been interested in Michael Rockefeller's story for many years. What compelled you to write this book about him?

A: I began traveling to remote places at about the same age as Michael, just after graduating from college. I saw Dead Birds, the film he first worked on, and his story resonated with me and never left me.

His death took on the quality of myth - Michael disappearing in an alien realm that was difficult to penetrate for us Westerners - an idea echoed by the press accounts of the time. Wrote the photographer Eliot Elisofon, after a day of searching for Michael: "they say if a man falls in the mud he cannot get up without help..."

Which was such a strange, Western thing to say, since the Asmat had been rolling in that mud and spreading it on themselves and walking in it and living in it for 40,000 years.

By the time I began thinking about the story as a possible book project, I had traveled as a reporter to some of the furthest places in the world, and I saw those distant places as real, full of real people with real stories that, with effort, weren't alien at all, but untangleable.

And there was enough about Michael's disappearance that I believed there was more to know; I believed it wasn't a myth, but a real person who vanished in a real place and that I might be able to pierce it with patience and persistence.

I wasn’t sure I’d find anything new, but instead my researcher and I found hundreds of pages of documents that had never been seen before, and important living witnesses, and those all led us to new places and new understandings.

Q: Your book goes back and forth in time, between Michael Rockefeller's era and your own. Did you write the book more or less in the order in which it appears, or did you move the chapters around as you worked on them? 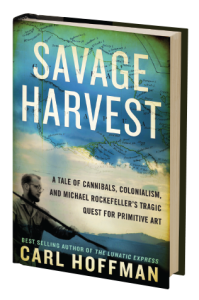 A: For the most part, I wrote it in the order it appears. The two events that set the story in motion occurred the same year – 1957 – and they were thousands of miles and thousands of years, culturally, apart.

Very early on I had this vision of a scene, almost like a film, of these two very different worlds preparing – of Nelson Rockefeller getting dressed in black tie for the opening of the Museum of Primitive Art as Fanipdas and the Asmat got ready for their journey to the Digul River.

I imagined opening the book with those two parallel scenes. That didn’t quite work out, but that basic idea, of these two very different worlds – and then my own, contemporary search – all interwoven, is how I built the book.

There was no other way that worked, that kept the action moving forward and that allowed for the huge setting up that had to happen – you have to have this really thorough understanding of the Asmat and all the backstory has to happen BEFORE Michael Rockefeller disappears.

The one thing that changed was the beginning two short chapters – his swim and his murder. I had written much of the first half of the book and something felt wrong with the beginning; the moment I put those two chapters there, at the start, it all fell into place. 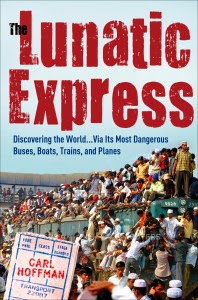 And putting them there allowed me to imagine and describe in a way that would have been impossible if they were further along in the book.

Q: Why did you choose "Savage Harvest" as the book's title?

A: I had a working title and as I wrote I increasingly didn’t like it and was searching for a new one. Nothing anyone came up with was any good.  And then I came across this poem by Pablo Neruda:

“I crave your mouth, your hair, your voice.
Silent and starving I prowl through the streets
Bread does not nourish me, dawn disrupts me.
All day I hunt for the liquid measure of your steps.

I hunger for your sleek laugh, your hands the color of a savage harvest.
Hunger for the pale stones of your fingernails.
I want to eat you like a whole almond.”

And boom! That just hit it perfectly. It’s a book about intense and almost savage desire – desire for the other, for art, for knowing, for my own desire for the story, for understanding an idea that had always consumed me – the idea of so called “primitive” culture.

It’s a book about cannibalism and cannibalism is a literal consumption of the other, like love, intense, passionate intimacy taken to extreme. 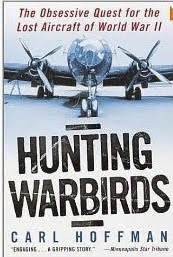 Inherent to Asmat cannibalism is everything Neruda was writing about (and that’s only the first half of the poem). Savage Harvest captured the book and everything going on it perfectly. Of course many people think it refers to the Asmat as savages, which is unfortunate and grossly simplistic.

Q: What fascinates people about cannibalism?

Seeing or hearing about things that feel shocking both confirms our own civility and helps define us in relation to the Other, and yet allows us to ask questions about who we are and why these things feel so shocking to us.

People are horrified by the idea of cannibalism, yet it’s also all around us. Taking communion, sex, especially parts of oral sex - they are built around literally consuming, of knowing, of intimacy, of becoming one with something or someone, by consuming them. We do it to be close to the other.

A: I’m thinking deeply about what I want to do, what kind of story I want to tell. Maybe a novel. Maybe another narrative non-fiction. I don’t want to rush into anything. The story of Michael Rockefeller turned out to be so rich and so complex and wonderful that the bar is high for me.