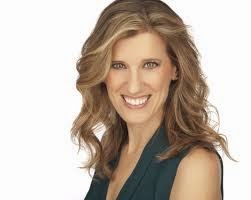 Allison Leotta is the author of three novels: Speak of the Devil, Discretion, and Law of Attraction. A former federal sex crimes prosecutor, she lives in the Washington, D.C., area.

Q: Why did you decide to focus your most recent book, Speak of the Devil, on the Mara Salvatrucha, or MS-13?

A: It was one of the scariest things I’ve prosecuted. The gang has gone viral in the last few years. It was just a gang of thugs in L.A., and now there are 50,000 people around the world. The way they treat women is appalling. And it’s difficult to prosecute.

Q: The witnesses are too afraid?

A: That’s where the title comes from. Someone told me, “Speak of the devil, and he will appear.” You will face retaliation. There are challenges in getting witnesses to talk. 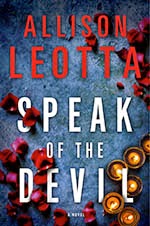 Q: How did you come up with your main character, prosecutor Anna Curtis?

A: I started writing when I was still at the U.S. Attorney’s office, and I was seeing interesting things. It made sense to have someone who had the same job I did. She’s different from me—she’s younger, she’s prettier, and she has a more controversial romantic life!

Q: Will you continue writing about her?

A: I didn’t think I would, but Simon & Schuster thinks I should, and as long as [readers] are excited, I will. The [upcoming] fourth novel is also about Anna Curtis. 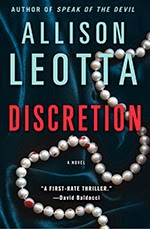 Q: Your books are set in the Washington, D.C., area. Do you think the plots could work as well in another city?

A: I think there are all sorts of interesting plots in different cities, but D.C. is special. It’s the seat of the federal government, with all the federal buildings and museums, and in the shadows, there’s extreme poverty. The U.S. Attorney’s office is one place where all that intersects. It’s a fascinating place to be, and it makes for good material for a book.

Q: Do you always know the book's ending before you begin? 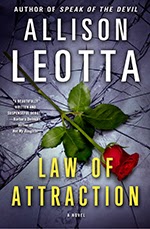 A: I do. I’m an outliner. I do a really extensive outline, and then I start over. I get into a lot of detail with the outline. [Then with the writing,] it’s like seeing Google maps versus walking on the street. Things come to life.

A: It’s great, because now I get to actually meet some of them! I started in high school with John Grisham. There’s Scott Turow. In D.C., there’s George Pelecanos. Laura Lippman is a wonderful writer. Linda Fairstein—she was also a sex crimes prosecutor. She was instrumental in a tectonic shift in attitudes about prosecuting sex crimes, and now she writes about it. She is a hero and a role model for me.

Q: What can you tell us about your fourth book, which you just finished writing?

A: This one takes place in Michigan, so that was fun, having a different setting. Anna goes back home to defend her sister on a murder charge.