Ellen Meister's most recent novel is Farewell, Dorothy Parker. She has written three other novels, The Other Life, The Smart One, and Secret Confessions of the Applewood PTA. She teaches creative writing at Hofstra University, and she lives on Long Island.

A: I was in the middle of struggling with another manuscript—rewriting it from the ground up for the tenth time—when I happened to notice how many current novels pay homage to the glorious Jane Austen.

I'm a big fan, so I think that's a wonderful thing. But I couldn't help wondering why ONLY Jane Austen got that treatment. It occurred to me that there were other extraordinary women authors who deserved that kind of reverence. "Someone should do that for Dorothy Parker," I thought. And in the next second I wondered if that someone could be me. After all, I'd been a lifelong devotee. 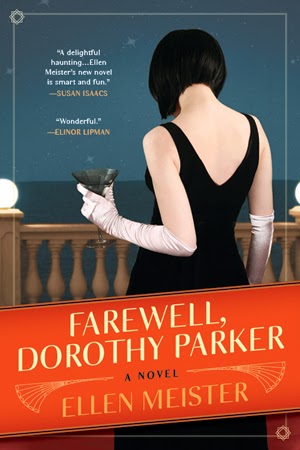 At first I tried to talk myself out of it, because I knew that capturing the essence of Dorothy Parker and her audacious wit would be a massive challenge. Besides, I was knee-deep in another book.

But the idea wouldn't leave me alone. For while the plot didn't come to me in a flash (it never does, alas), I did have an immediate vision of Dorothy Parker coming back to life as a guest in someone's home, offering her wit, wisdom and perspective on 21st century life.  I wanted to read that book, and since no one had written it, I knew what I had to do.

From there I worked to develop the story, centering it around a timid woman movie critic who needs to find her voice. It was important for me to create a character whose arc would be influenced by Dorothy Parker. 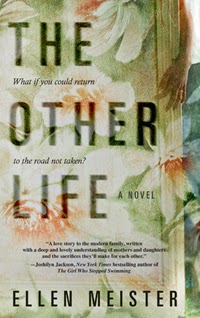 I also wanted to make sure Parker herself had a chance to evolve by the end of the story, so I developed a backstory for her as well, giving her a challenge in regard to her place in the afterlife.

A: I've always been a Dorothy Parker fan, and so I had already read her poems, stories and essays, as well as the biographies written about her.

But I went back and reread everything, paying particular attention to her nonfiction writing, because that was the most important source for recreating her voice. And naturally, I made a few visits to the Algonquin for inspiration. 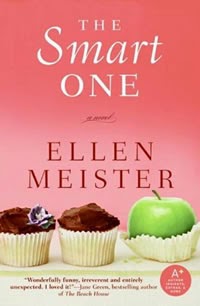 Q: Do you usually know how your novels will end before you start writing them, or do you change things around as you're writing?

A: I usually have a very good idea of the ending before I begin. That's because I believe it's a novelist's duty to take the reader on a journey that has a destination. And to me that means that the story's climax has to do certain specific things. If I don't know what that destination is, I simply can't steer the ship.

That's not to say every aspect of the story is planned out before I begin, or that there are no surprises for me along the way. But I do always have a sense of where I'm heading. 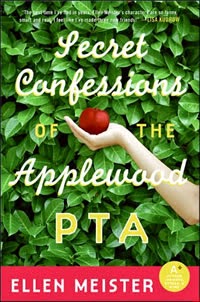 A: How much time do you have? Seriously, it's a hard question for me to answer because my tastes are eclectic, and there are so many authors who leave me in a state of weakened rapture. Plus, attempting to come up with a list me makes worry I'll leave someone out.

A: I'm working on another book in which the ghost of Dorothy Parker is a central character. This one takes place mostly at the Algonquin Hotel, and comes out in February 2015 from Putnam.

A: I run a very popular Dorothy Parker page on Facebook, where I post daily quotes and poems. I think it has the smartest followers anywhere, and I'd love for your readers to check it out. If they want more information about me or my books, they can visit ellenmeister.com.