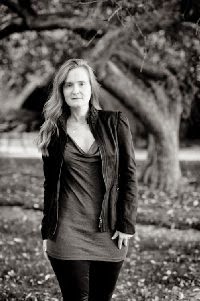 Amber Dermont is the author of the short story collection Damage Control, now available in paperback, and the novel The Starboard Sea. She is an associate professor of English at Rice University in Houston, Texas.

Q: You were quoted in a New York Times article as saying, “The single-serving quality of a short narrative is the perfect art form for the digital age.” What lies ahead for the short story, and why?

A: Digital shorts have impacted the way fiction is promoted and distributed. For instance, Storyvilleapp.com and FiveChapters.com are both excellent showcases for contemporary authors.

The next step is for everyone to actually read a short story. Here’s a list of some riveting short fiction. Read one story a day for a month and I promise that by the end of that month, you will feel more alive and more compassionate. Your curiosity about the complexities of the human condition will ignite to full flame:

“The Stepmother” by Sabrina Orah Mark
“A Family Matter” by Keya Mitra
“Big Cats” by Holiday Reinhorn
“Azul” by Andrew Porter
“Disciplinary Log” by Mark Jude Poirier
“The Cure” by Owen King
“White Boys” by Reginald McKnight
“Heart Farm” by Justin Quarry
“The Man With Paper Eyes” by Bay Anapol
“The Rust Preventer” by Jessica Anthony
“The International Shop of Coffins” by Tiphanie Yanique
“Everybody’s Irish” by Ian Stansel
“At the Café Lovely” by Rattawut Lapcharoensap
“Cowboys and East Indians” by Nina McConigley
“In My War Novel” by Matthew Salesses
“Penny, n.” by Madeline McDonnell
“Winter Never Quits” by T. Geronimo Johnson
“Good Monks” Malinda McCollum
“Class Trip” by Victor LaValle
“My Date with Satan” by Stacey Richter
“Last Word” by Jonathan Blum
“What’s the Matter with Helga and Dave” by Danzy Senna
“Nine” by Aryn Kyle
“Pilgrims” by Julie Orringer
“The Devourings” by Aimee Bender
“The Ease of Living” by Amina Gautier
“In a Distant Country” by Kyle Minor
“Trigger” by Melinda Moustakis
“Rooey” by Kelly Luce
“Kindness” by Yiyun Li
“Bobcat” by Rebecca Lee
“Leaving the Sea” by Ben Marcus

Q: Why did you select “Damage Control” as the title of your short story collection? 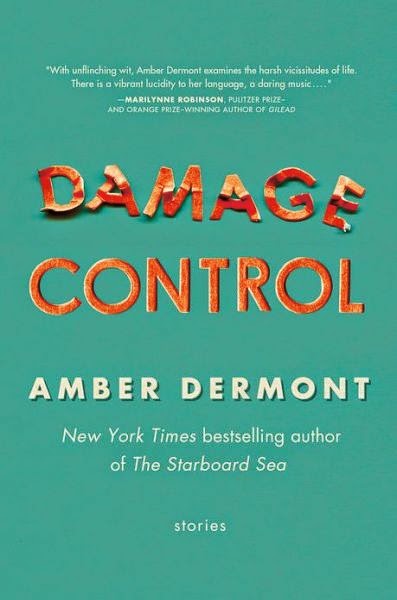 A: The title story, “Damage Control,” is set in Houston, Texas, during the Enron debacle and told from the point of view of a beleaguered etiquette teacher named Martin Foster who’s desperate to overcome a series of personal and professional scandals.

Thanks to the great editrix, Jill Meyers, “Damage Control” first appeared in American Short Fiction. While I was writing this story, I was consumed by our culture of disgrace and outrage. It occurred to me that if a criminal could devise the right language to obfuscate his crime, he could get away with anything.

My genius agent, Ethan Bassoff, thought that the phrase “Damage Control” encompassed the theme of the entire collection and that the title story was a strong anchor for the book. I always listen to Ethan—he’s an extraordinary reader and his guidance is invaluable. So many of the characters in the collection are out of control, in the throes of their own damage and ripe for redemption.

Q: As someone who’s written a novel and short stories, do you have a preference?

A: I also write screenplays, seductive e-mails, late-night text messages, lyric essays and even the occasional poem. I love words, language and how the careful/wild process of drafting sentences and lines leads to narrative.

At its best, writing a short story is akin to a magician inventing a new trick. It’s part intuition, part sleight of hand and it’s always a bit of a surprise when the magic actually works, when the rabbit indeed is pulled from the hat, especially if the rabbit is wearing his own chapeau and a devilish pair of smart trousers.

Writing a novel is (slightly) less about magic and (significantly) more about bricks and mortar.

My mother loves all of her children equally and so, by extension, I could never choose one literary form over another. All are delightfully maddening in their demands and rewards. 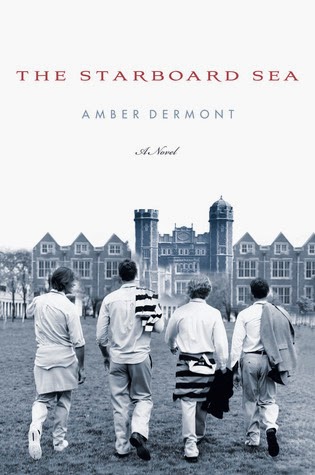 A: One of my first literary loves was Thomas Hardy. Everything I care about—class divisions, social reformation, gender politics, erotolepsy (Hardy’s original term for reckless sexuality)—is all right there in The Master’s work.

A novelist who considered himself to be a poet, Hardy was an architect first and this comes through in the taut structural elegance of his novels—he’s literally responsible for the term “the cliffhanger” (read his serialized novel A Pair of Blue Eyes). I admire his unhappy endings and the moments of grace he extends to his characters—even during their most profound suffering.

Claudia Rankine is an author I turn to again and again and again. I’ve read an advanced copy of her latest, Citizen: An American Lyric, and am certain that when Citizen is published this fall it will be the book everyone is reading and wishing they’d written. Rankine illuminates the bitter truths of America better than anyone and does so with a lacerating wit and a profound control.

Some of my favorite writers are comedians: Amy Poehler, Amy Schumer, Hannibal Buress and the great Stewart Lee.  With comedy, the writing has to be so tight and so undeniably true—Del Close used to tell his improv students: don’t go for funny, go for truth. Humor exists to reveal and celebrate our enduring limitations.

Most importantly, I’m lucky to be friends and colleagues with some of the most inspiring poets around including Jericho Brown, Natasha Trethewey, Kevin Young, James Allen Hall, Jennifer Chang, Paul Otremba, Jeffrey McDaniel, Cecily Parks, Sabrina Orah Mark, Caryl Pagel, Danny Khalastchi, Dora Malech, Joseph Campana. It’s an honor and privilege to be able to read their work and then turn around and ask: How did you do that?

A: I’ve written an original screenplay called, “Likable Characters” with the novelist Teddy Wayne. Every moment of every day, I’m working on a novel but it’s dangerous to say too much because my characters start to feel as though I’m talking about them behind their backs, revealing their secrets and that’s just plain rude.

I love my characters and, for the time being, I need to respect their privacy—otherwise, they’ll stop talking to me.

A: The great joy in my life is teaching and my students at Rice University inspire me every day. I’ve learned the most about writing from reading my students’ work and creating a dialogue around their imaginations.