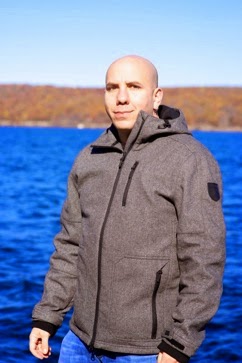 Alexi Zentner is the author of the new novel The Lobster Kings. He also has written the novel Touch. He grew up in Kitchener, Ontario, and now lives in Ithaca, New York; he teaches at Binghamton University.

Q: King Lear is a recurring theme in The Lobster Kings. Why did you decide to include that as an element in the book?

A: I started The Lobster Kings interested in writing about fathers and daughters. I've got two girls, and I wanted to address the kind of pressures I put upon them to become the sort of strong women that I want them to grow into, women like Cordelia, the narrator of The Lobster Kings.

And once I realized that's what I was writing about, King Lear seemed like an obvious jumping off point. I studied the play in university, when I was abroad in London for the semester, and it always stuck with me.

But what I was always intrigued by was not what it meant to give away the kingdom, which is what Lear is about, but rather what it meant to be the one who was inheriting, and that's what The Lobster Kings is really about.

I really was riffing on King Lear much more than retelling the story, because I wanted to write about the version of Cordelia who could look at her father and say, how do I take on the burden of the crown?

Q: How did you come up with the character of Cordelia, and also that of Brumfitt Kings?

A: One of the questions I'm getting a lot of as the book comes out is why Cordelia? Why such a strong female voice? The honest answer is, why not? I'm a feminist and I'm trying to raise my daughters to stand up for themselves, and even though I'm a man, a man's voice doesn't have to be my default.

Because I was writing about the lobstering industry, a traditionally male dominated field, I thought, if I've got a woman who is trying to be part of this, she's going to have to be able to hold her ground.

I wanted a character who would say, I don't care how it's been done, this is the way it's going to be. And I wanted somebody who was smart and funny and charming, who was real - faults and all - and who readers would fall in love with.

And to get to Cordelia, you had to start somewhere mythical. The Kings family is a family that traces themselves back to the beginning of Loosewood Island. Cordelia needed to be able to look back to someone who saw Loosewood Island for all of the beauty and magic that it has, and who was also able to be the anchor that held the Kings' family myth steady.

Brumfitt. A man who could sail half of the way from Ireland and then walk the rest of the way, the lobster making a road with their backs. 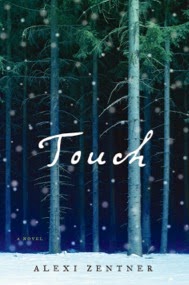 Q: Is Loosewood Island based on a real place? What inspired the setting?

A: Loosewood Island is both entirely fictional and entirely real. You can't find it on a map, and it is made of bits and pieces of images and ideas, but it is also the kind of place that can be found up and down the coast.

If you live in a bigger city or in a town that doesn't survive on industry, it can be easy to forget that there are entire communities that still make their living with their hands.

But I was very deliberate about making it somewhere unique, because I wanted a place that allowed the stories and myth of the Kings family to flourish.

One of the best things about writing in North America is that the continent is so big. It gives me the space, as an author, to put stories in places where we can imagine that there might be things we don't understand, that we haven't discovered yet.

Q: Are there any authors that have particularly inspired you?

A: When I first started reading seriously, the authors that I came to were Alice Munro, Michael Ondaatje, and Margaret Atwood. I think I fell in love with the idea that big, serious books can also be fun. And for a boy who read a ton of science fiction and fantasy, the worlds of Atwood and Ondaatje were an easy transition.

One of the best tools a writer has is the ability to go back and fix mistakes. I feel like I constantly have to ask, does this make the book better? And by saying, "this is what I'm doing," I've made it so I can't ask the question.

A: I'm proud of my first book, Touch, but it is definitely a quieter book than The Lobster Kings. That being said, I hope that anybody who picks up The Lobster Kings can do so just expecting a great book.

I think if you go in with the assumption that it will be this kind of a book or that kind of a book, you'll be disappointed. I'm a huge fan of speculative fiction and fantasy and literary fiction and, well, almost everything, but I think that The Lobster Kings isn't neatly slotted into a genre. Heck, I'm even resistant to the idea of it being called magical realism, though there is a bit of magic in it.