Nicole Mary Kelby is the author of the new novel The Pink Suit, which tells the story of the famous suit worn by Jacqueline Kennedy on November 22, 1963. Kelby's other books include White Truffles in Winter and In the Company of Angels. She is based in St. Paul, Minnesota; the United Kingdom; and Ireland.

Q: How did you come up with the idea for The Pink Suit?

I started reading, and there was a little line in there that Mike Naughton, a circus master, said that his Aunt Kate did the finish work for the pink suit. I’ve been a journalist all my life, and as a reporter, you just go, “Huh? Excuse me?”

I called him. He told me three interesting things: That his Aunt Kate had never met Mrs. Kennedy; [his aunt] was a backroom girl. He said Aunt Kate took patterns out of the trash to make clothes for Mike’s mom; in Inwood [their neighborhood in New York], they called her “little Jackie.” It was a double-edged comment. 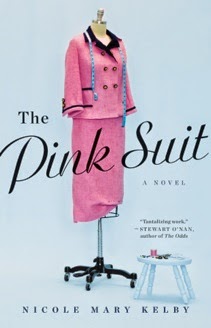 Third, after [his Aunt Kate] saw the suit in Dallas, she was never the same. Seeing the suit in that context broke her heart. I called my agent, who said, It’s a nice cocktail story but you can’t write a novel about a suit!...

That charming cocktail story soon became a novel. I am not a seamstress. My mother-in-law sews on our buttons. I thought, What have I gotten myself into?

I found a friend who had worked for Ralph Lauren. I had interviewed Karl Lagerfeld. I wasn’t a total idiot when it came to fashion. I started going through the process of learning about couture. I went to Inwood, New York....I went to Ireland, I visited where Aunt Kate would have been from.

It’s really funny how this book has expanded my horizons as a writer, and also about what it means to be an American. [Mrs. Kennedy did so much] to re-envision for Americans who they were. The Eisenhowers weren’t exactly cutting edge….

[From writing a previous book,] I learned about the need to include minute detail….I would have loved to do a nonfiction book, but there was so much conflicting information, it was impossible. So many people made the suit! 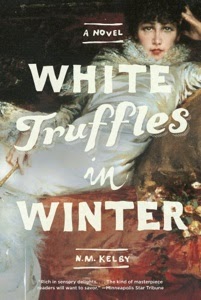 Q: How did you decide on the right balance for the historical and fictional elements of the novel?

A: I don’t know if one really decides or if it’s just an innate rhythm. I put in every fact. … This is such a sacred garment; it’s part of our cultural history. If I could bring depth to this—people lose follicles all the time, and all these people [who worked on the suit], their DNA was all over it. If [the assassination] was shocking for all of us, for them it was doubly so….

Q: What made Jackie Kennedy such a fashion icon, and who else, in your opinion, has made such an impact since then?

A: Look at the time: there were [other] fashion icons. Babe Paley was more fashionable than Jackie Kennedy. But the reason Jackie Kennedy stuck is that it was the golden age of newspapers, of newspaper photographs, and television news. Up until this point, we didn’t have someone who knew how to wield the media.

She had written an essay as a young girl—she told Vogue that she wanted to be the art director of the 20th century. And that’s exactly what she did. She understood that the media was powerful. …she had things photographed from all different angles so it looked perfect.

Her clothes really said that, and they made us dream ourselves to be that person. As a nation, we really started seeing ourselves as can-do: What can we do for our country?

She was gorgeous, but she knew how to use the media. Princess Diana came along, and realized through trial and error, you learn the hard way about what you do and don’t do. In the end, the paparazzi killed her. She was conscious that she had the common touch and that the [royal] family was out of touch. They are better now; the Queen is tweeting. 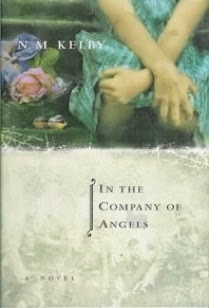 That is one of the interesting things [Diana]] did—to pick up the mantle of Jackie Kennedy, of understanding how the media works….

Jackie Kennedy covered [Queen Elizabeth’s coronation]. She did drawings and cartoons. The Queen’s gown was a white gown; she wanted to be perceived as a bride.

When [the Queen] went to Ireland recently, she came with a sense of reconciliation. At the first event, she wore a white gown: Remember me? I was your bride. She could have worn anything….Clothes can be political and impactful. It’s hard to do that because there’s so much media these days. It was a beautiful gesture.

When Anne Boleyn went to the gallows, under her gray smock she wore red, the color of martyrs. She was all about clothes. Anne Boleyn was the original “let’s figure out what to wear to make an impact.”