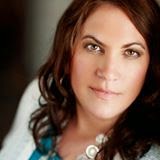 Tracey Garvis Graves is the author of the novel Covet, just published in paperback, and also of the novel On the Island and the novella Uncharted. She lives in the Des Moines, Iowa, area.


Q: How did you come up with the characters in your novel Covet?

A: I knew I wanted to write about a couple who had an otherwise strong marriage but were struggling with some challenges that were largely out of their control (the recession and Chris's subsequent layoff). For Chris and Claire Canton, these challenges would be the first real test of their marriage.

Daniel is the third main character and he is the man Claire is drawn to. I was adamant that Daniel be single as I did not want Claire to be portrayed as a woman who would act as a negative force on someone else's marriage. 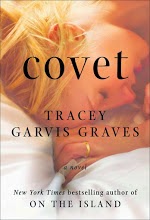 Q: Most of the novel is told from Claire's perspective, but you also include sections from the perspectives of Chris and Daniel. Why did you decide to structure the book that way?

A: I felt very strongly that there was no clear villain in Covet. Chris especially had his reasons for making the choices he made, and I wanted readers to hear the thought process behind his actions.

This goes for Daniel, too. He knew he had no business spending time with Claire, but he managed (the way Claire did) to justify it as nothing more than a friendship. But if she had said the word, Daniel would have acted on his feelings for Claire. If the book were written only from Claire's perspective, I don't think the story would have been as balanced.

Q: Why did you include diabetes as a major part of the plot?

A: I wanted Claire's diabetes to be another way of showing how complacent marriages can become. Chris was in real danger of losing his wife, not only to another man, but to a life-threatening aspect of her disease. Sometimes the thought of losing someone - permanently - can be a real wake-up call and a catalyst for re-evaluation.

A: When I start writing a book I usually know how it will end, but Covet threw me for a loop several times during the writing process. The characters all seemed to want different things than what I was giving them. It was a struggle to maintain control, which probably sounds weird since I was the one writing it. 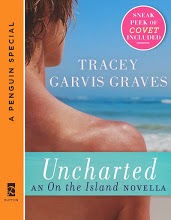 A: I just turned in my latest manuscript to my agent this week. It's a romantic suspense novel, which is a new thing for me. I had an idea for a story and decided to start writing to see what would happen. Ninety-five thousand words later, the story was complete. This book has something for everyone: romance, danger, and action.

A: There will be a promotional event for my new book on Facebook and Twitter on May 12th. It will include the title, blurb, link to Goodreads, and a special surprise. I hope you'll join me on my author page that day!