Silvia López is the author of the new children's picture book Pacho Nacho. Her other books include the forthcoming Queen of Tejano Music: Selena/Reina de la Música Tejana: Selena. A longtime children's librarian, she was born in Cuba and raised in Miami.

Q: You note that Pacho Nacho's story is based on a long tradition of folktales. How did you come up with your own version of the story?

A: For years I enjoyed reading aloud the Caldecott classic Tikki Tikki Tembo. Since I love folktales and knew it was a retelling, I researched the origins of the tale about the boy who had a very long name and learned it had originally come from the Japanese oral tradition, been retold in China, Europe, and the United States, but never in Latin America.

I worked in a school where 97 percent of the children were of Hispanic origin, so I decided to tell the story in my own words giving it a Hispanic theme, using Spanish names, and including a few words in that language. The kids readily identified with it.


A: Of course, I want the children to laugh at the funny name! There is nothing better than watching kids enjoy the humor in a story.

But in my version, there are also a couple of underlying themes. The first is that when the silly too-long-name gets the older brother in trouble, it’s the persistence and resolve of his little brother that saves the day. Pacho Nacho is the title character, but Juan is the true hero.

The second is that it’s important to listen to even the youngest child, for he or she may be the wisest among us.

Q: What do you think Pablo Pino's illustrations add to the book? 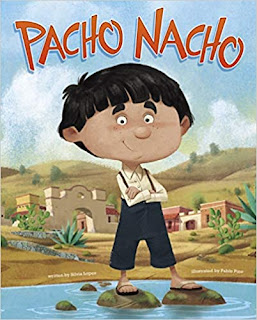 A: I was blown away when editor Christianne Jones sent me the first set of illustrations. Christianne was wonderful to work with. She asked me what pictures I saw in my mind’s eye that I thought might fit my vision of the story.

Then Pablo perfectly captured the essence of a little town that could just as well be in Mexico as in some other place in Central America, or even in southwest United States. He also portrayed the love of the parents, the extended family, the community, and even the bond between the two brothers. His illustrations have terrific child appeal and are absolutely delightful.

Q: How does your background as a librarian contribute to your creation of children's books?

A: My career gave me the opportunity to spend my entire professional life among books, children, and books for children!

After my Children’s Literature class for my degree I drew up a list of every Newbery and Caldecott, including honor books, and read them chronologically. Then I read everything else I could get my hands on.

When I got my first librarian job, I found that when I recommended a book to a child, he or she invariably asked, “Have you read it?” Believe me, if you hadn’t, they’d see right through you! So, I constantly searched my collection and kept abreast of new publications to see what child I could “pair up” with what book. 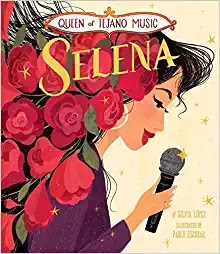 Now as I write, I keep in mind enduring works I’ve read through the years and what exactly is about them that appeals to children. It helps me tremendously with my own writing.

A: I have several projects going on. I’m reworking some of my favorite folktales to make them more appealing to today’s children (did I mention I love folktales?). I’m also a history buff. I have a picture book project dealing with the women pilots of World War II and am doing research on some of the little-known contributions of some minorities to that war as well. My head and my computer are full of ideas!


A: Besides Pacho Nacho I have a second picture book coming out this year, on Aug. 25. It’s actually two books, because there are both English and Spanish versions. They are biographies of Tejano singer Selena Quintanilla (Queen of Tejano Music: Selena and Reina de la Música Tejana: Selena, by Little Bee Books), beautifully illustrated by Paola Escobar. 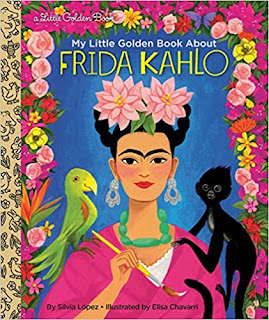 The books were chosen as Junior Library Guild selections and part of the 20TruePBs group. I was so honored!

In January 2021, another dual-language book is scheduled for release, part of My Little Golden Books biography series. These are on Mexican artist Frida Kahlo. The illustrations (the cover is amazing) are by Elisa Chavarri.

Aside from that, I think it’s good to know that I published my first book on the same year that I turned 68, and it won the Florida Book Award. I’m only saying that because it’s important to know that age is only a number, and that it’s never too early or too late to pursue one’s dreams. I was fortunate to have a career I loved, and writing is just a continuation of that love.