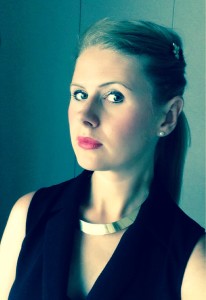 Nicola Tallis is the author of the new biography Uncrowned Queen: The Life of Margaret Beaufort, Mother of the Tudors. She also has written Elizabeth's Rival and Crown of Blood. She lives in England.

Q: Why did you decide to focus on Lady Margaret Beaufort in your new book?

A: Everyone knows who Henry VIII and Elizabeth I are, but not everybody is familiar with the Tudor backstory and how they came to sit on the English throne. It’s a really important part of English history in which Margaret plays a leading – but not always recognized – role.

Likewise, the 15th century was an extraordinarily turbulent time in England, and Margaret lived through – and experienced – much of this firsthand. As such she learned many valuable skills at a young age, including the art of pragmatism in order to negotiate and survive a time of unprecedented tumult. 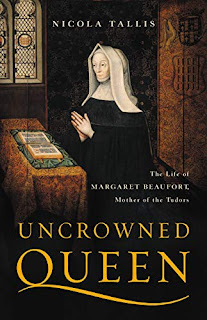 Q: You write, "[M]y aim is to dispel the many myths surrounding Margaret's life, and in their place offer a rounder, richer picture." What are some of those myths?

A: Margaret has acquired a reputation as an overbearing and domineering woman, and don’t get me wrong, I’m sure there were times when she was a real pain, but there’s plenty of evidence of her other, more likeable personality traits. She could be warm and generous – her household adored her – and at heart she was a woman to whom family meant everything.

Another accusation that has been leveled at Margaret is that she was responsible for the disappearance/murder of the princes in the Tower. Whether you like Margaret or loathe her, there’s no contemporary evidence linking her to one of history’s greatest mysteries, and I genuinely believe that it’s an unfair slur on her character. Whilst it could be argued that she had motive, opportunity is dubious. 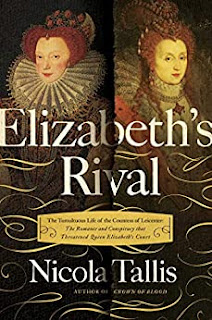 Q: How would you describe the relationship between Margaret and her son, King Henry VII?

A: Henry was the true love of Margaret’s life, and she absolutely adored him. Even though she’d given birth at the painfully young age of 13, a strong bond was forged between mother and son from the start. In spite of this though, prior to 1485 – as a result of the Wars of the Roses – Margaret and Henry were largely apart.

Nevertheless, it is clear that they were exceptionally fond of one another, and for the first decade of Henry’s reign Margaret was rarely apart from him. In some of the royal palaces they even had interconnecting chambers!

Q: What do you think accounts for the ongoing fascination with the Tudors? 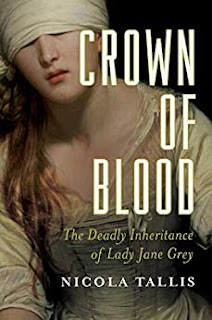 A: The Tudor period is like a really long movie with all of the elements that make a movie great – it positively oozes passion, intrigue, power struggles, betrayal, spilt blood and victory. It’s pretty incredible that all of that is woven into the space of a little over a century, and with so much activity it’s impossible to grow bored.

A: I’m working on a couple of things at the moment, but I’m afraid that for the time being they’re closely guarded secrets! Watch this space!

A: Uncrowned Queen is now available to purchase in all good bookshops!