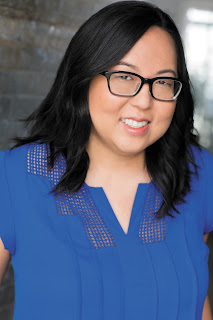 Suzanne Park is the author of the new novel Loathe at First Sight. She also has written the young adult novel The Perfect Escape. A former stand-up comedian, she lives in Los Angeles.

Q: How did you come up with the idea for Loathe at First Sight, and for your character Melody?

A: In 2016, when I started writing Loathe at First Sight, a workplace rom-com about a female Korean-American producer who works in the video game industry, I had the full intention of writing a lighthearted romp.

I loved playing video games and thought it would be a fun book to write, so I asked my friend who is a producer at a large, well-known game developer if she could give me a tour of her office. I knew from the second I stepped into the building that this was something I had to write about.

A long time ago I’d written a “prequel” about Melody, before she worked in gaming, where she was younger and worked in the advertising industry.

By putting her in this story though, a male-dominated, fast-paced environment, it really made Melody shine as a character. She’s so strong and resourceful, and you see her grow so much personally and professionally, that you can’t help but root for her along the way.

Q: What do you think the novel says about misogyny and racism in the video game industry? 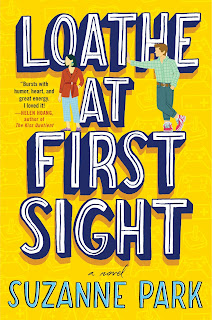 A: Hoo boy, where do I start? The gaming industry is not fun and games for women who come from marginalized backgrounds. This book does a pretty deep dive into the micro- and macro-aggressions, sexism, and racism in the gaming field. Women have to work so much harder to prove themselves, especially women of color.

Some of the things that take place in my novel are inspired by my own experiences working at various tech companies, but most are from events (now fictionalized) that I uncovered from my research or from stories that women and men who work in gaming shared with me in interviews.

Most of what you’ll read in Loathe at First Sight is absurd and humorous, but there are some cringe-worthy parts and very serious notes as well that were important to my story. My goal was to provide balance and I hope I was successful.

Q: Did you need to do much research to write the novel, and if so, what did you learn that especially surprised you?

A: For months, I went into heavy research mode and collected all sorts of quantitative and qualitative data: I attended industry panels, read a ton of articles and books, scoured message boards, and interviewed friends who worked at game companies (both males and females).

What surprised me was that allegations of harassment have surfaced over and over again, and not much has changed over the last 10 years. I’m hoping that my book can open up dialogue to a wider audience to help spur action.

Q: You've also worked in stand-up comedy--what intersections do you see between that and writing fiction? 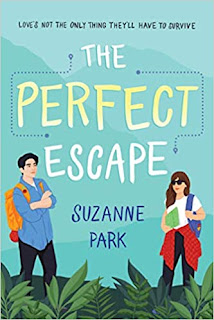 A: My fiction includes observational, absurd humor, similar to what I had in my stand-up comedy acts. I’ve found that for both stand-up comedy and writing humor in novels that context, beats and timing can be just as important as word and phrasing choice.

But the biggest difference between writing jokes for stand-up and putting jokes in books is that with stage comedy, you can use physical comedy to help convey a joke, but on page, you are limited to words, so that was an adjustment for me.

A: Excited to share that I have two books coming out in 2021! One is YA and the other is an adult rom-com and both feature Korean-American heroines.

My YA book is about a social media addicted teen, Sunny Song, who gets sent to a remote digital detox camp in Iowa, where she meets polar opposite Theo, who lives and works on the farm where the camp is located.

The adult rom-com is about an overworked, stressed out investment banker who is fired from her job and moves back home with her mom while she figures out what’s next for her. There she runs into Daniel Choi, her childhood nemesis, and the rivalry continues.

A: I’d love for readers to know that Loathe at First Sight is more of a typical rom-com you’d see in the movie sense: it’s a workplace romantic comedy that’s heavier on the com.

There’s a hate-to-love relationship in this story, but the title works on other levels, too: Melody is surrounded by vocal naysayers, at her company and online. They want to see her fail. But don’t worry, she’ll do just fine.