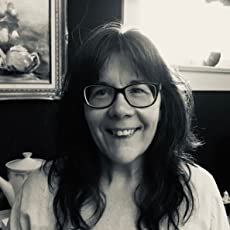 Ellen Birkett Morris is the author of the new story collection Lost Girls. Her work has appeared in a variety of publications, including Shenandoah and Antioch Review. She is based in Louisville, Kentucky.

Q: You write that you hope the stories in Lost Girls "help reflect the range of women’s experiences and get close to touching the truth about the challenges and joys of being a woman, chief among them being seen, acknowledged, remembered, and heard." Why did you choose this theme, and over how long a period did you write the stories in the collection?

A: This theme chose me. I found that the stories I wrote that really worked, that made me feel something, often dealt with the challenges women face being seen, heard and acknowledged. It just kept coming up whether it was in the area of motherhood, relationships, or career.

I developed these stories over the course of eight years. Initially my collection centered on a male photographer traveling through the South. Despite being a lifelong feminist, I had fallen into the trap of focusing on the male gaze. The women in those stories were more fascinating than the photographer, so they became the focus instead. 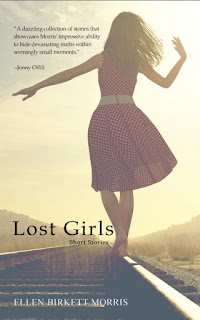 Q: In an interview with the Southern Review of Books, you discussed the influence Flannery O'Connor had on your work. Can you say more about that?

A: My father wrote mysteries set in my hometown of Louisville, and was an avid reader. When I was little he would read my sister and me Flannery O'Connor stories at bedtime. The rhythm of that language, the mystery of those themes, and the shadow of those dramatic events made its way into my sense of how story works.

When I read those stories as an adult I was horrified at my father’s lack of judgement at sharing the material with young kids, but ultimately I appreciated the exposure to such great work.

A: I’d love for them to feel something: sadness, joy, freedom, shock. I hope they see themselves somewhere in the stories. Perhaps they will see the world a different way or maybe it will be a pleasurable way to pass a few hours in these trying times.

A: I have two novels in revision, for which I am seeking representation: the story of a mother whose child has past life memories and the story of a female astronomer in Hawaii.

A: The title story was inspired by the kidnapping of a girl in my community when I was 18. I hope that story prompts people to remember the girls who are lost or taken and do what they can to stop the exploitation of women and girls.