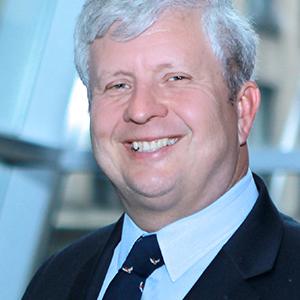 Tom Cooper is the author of the new book Doing the Right Thing: Twelve Portraits in Moral Courage. He teaches ethics and media studies at Emerson College.

Q: You write, "In times of flawed leadership, economic adversity, increasing violence, and government deception, we humans often look for heroes to overcome a pocked environment and consistently dark news." What inspired you to write this book, and how did you choose the 12 people you included?

A: In my 40 years of teaching ethics, I had never run across a book which identified the toughest known ethical decisions ever made. I wrote over 200 ethicists and other scholars to find out their top choices. I selected six at the top of their aggregate list and then added six more which were compelling but less known.

The resulting group of leaders – from Queen Esther and Socrates in ancient times to Gandhi, Mandela, and Malala in more recent times, among others,  became my profiles for the book.  I wasn’t just interested in the back stories and hidden mysteries of how their minds worked, but I was also interested in applying what I found out to our own tough ethical decisions.

Q: You've noted that John F. Kennedy's Profiles in Courage was a model for Doing the Right Thing. Why did you choose to start your book with a look at Kennedy and the Cuban Missile Crisis? 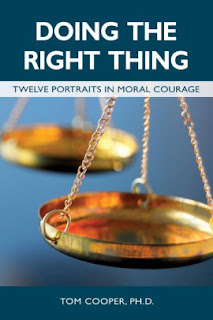 A: There are lots of reasons. We often don’t think about it but decisions which others made had a profound influence upon all of us. Had John Kennedy made a different decision during the Cuban Missile Crisis, none of us might be alive today.

Regarding his Pulitzer Prize-winning book, Profiles in Courage, I was inspired by it as a child and so I also valued Caroline Kennedy’s update, Profiles in Courage for Our Time, when it came out decades later. But these profiles, although often quite inspiring, were only of white male middle-aged and older statesmen and similar roles … and I wanted to expand to be far more inclusive.

So the ethics exemplars I have chosen come from multiple races, professions, ages, two genders, many religions, cultures, philosophies, etc.

I wanted my students and others to know that there have been people of integrity and wise decision-makers under pressure of all backgrounds, including people who are the age of my students such as Malala right now  – and such as Mandela when he made his first major decision while in college.

Q: Malala Yousafzai is the last person you look at in the book. How did you choose the order of your chapters, and why did you decide to conclude with her?

A: With the exception of Kennedy, all the chapters are in chronological order, so we begin with ancients like Queen Esther and Socrates and end up with Edward R. Murrow, Mandela, Rachel Carson, and Malala. It’s nice to end on someone who reminds us that such people are very much alive.

I started with Kennedy because, like the first scene in a movie, I wanted to arrest the audience’s attention right from the start and his case was among the most dramatic. I also wanted to pay homage to him and Caroline in the opening rather than make it seem like my book was sui generis and I did acknowledge them both in the introduction.

A: All readers should take away creative tools for making ethical decisions in our own lives.

We all face such decisions, whether to put our parents in nursing homes, take a stand on capital punishment, police our children with curfews and rules about alcohol and tobacco, take comatose people off life support, enlist in the military, carry guns, intervene if there is a serious addiction in our family, and many more serious decisions.

At the end of the book I reveal the common patterns of all 12 decisions with implications for how we can all be better ethicists and also be inspiring examples and role models for others in our worlds, be it our families, colleagues, students, employees, or others.

For students reading the book I’d like the volume to also help them learn how to analyze ethical dilemmas, and I provide tools from great philosophers, thinkers, and teachers for classroom use for those who choose to use this book as a textbook.

A: My musical Higher! Higher! is in development and was all set for a professional reading in a Cambridge theater when COVID delayed it.

I’d love to hear from people who are interested in the musical if they like plots in which the lead characters must choose between living their dreams in a paradise and facing the realities and responsibilities of urban demands and politics.

It’s a love story and is in the “Newtopian” tradition of musicals and books like Camelot, Brigadoon, South Pacific, Man of La Mancha, and Lost Horizon.

A: Yes, I think this book is ideal not only for the general reader but also for the college or upper level high school teacher who wants to use it in the classroom.

Also, on the practical level, everyone who orders the book should know that for some reason Barnes & Noble and Target have better prices on the paperback than other sites, although Amazon is the best place to buy the ebook version of Doing the Right Thing. Also, I invite people to follow me on Twitter: @TomCooper30.