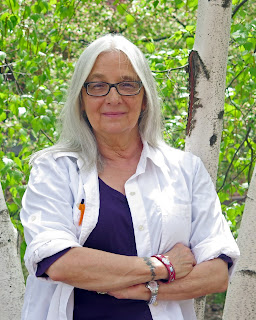 Linda LeGarde Grover is the author of the novel In the Night of Memory. Her other books include The Dance Boots and The Road Back to Sweetgrass. She is a professor of American Indian studies at the University of Minnesota Duluth and a member of the Bois Forte Band of Ojibwe.

Q: How did you come up with the idea for In the Night of Memory?

A: In the Night of Memory is a novel about the loss of a young Native mother, one woman out of history of missing and murdered indigenous women over centuries in North America. I wanted to communicate this terrible and repeating situation through fiction that could include critical information in story form about just one woman, her family, and her community.

Q: The Publishers Weekly review of the book says, “With gorgeous imagery and verdant prose, LeGarde Grover’s novel lays bare the pain and loss of indigenous women and children while simultaneously offering a ray of hope.” What do you think of that description? 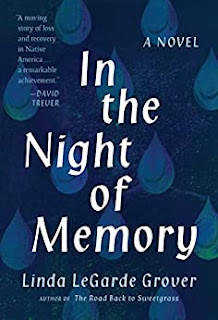 A: There is, indeed, enormous pain to Native families and communities in the loss of women and children; this constant trauma has become interwoven with our entire history.

I have used the backdrop of imagery - the natural world, everyday life, objects and actions - as setting for one of the themes of the story, which is that some will not survive trauma, that survivors bear scars, that survivance involves an appreciation of the past and obligations to the present and future.

A foundation of Ojibwe traditional beliefs and worldview is gratitude, a cultivated ever-present sense of the spirituality of existence, a gift to be acknowledged and appreciated; prose that includes descriptions of this has been part of our tribal oral tradition.

A: I did know how the novel would end, generally, but as the story developed I was sometimes surprised by the choices and decisions that the characters took. 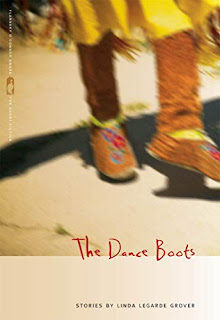 As I was allowed into deeper levels of the surviving daughters' and communities' lives I realized that I was not really controlling them; of course, that is how it is in real life - people fall in love, work at their jobs, paint their bedrooms, rearrange their furniture .... lose their mother, go into the foster care system ....

A: Azure Sky, one of the sisters in the book, remembers a dreamlike event from her early childhood. She keeps this event and the memory of her missing mother alive by telling it to her sister Rainy repeatedly; the night memory becomes a part of their lives that they cherish, difficult though that can be.

A: I am working on a book of essays about family history and Ojibwe stories, traditions and beliefs in the Duluth, Minnesota area. 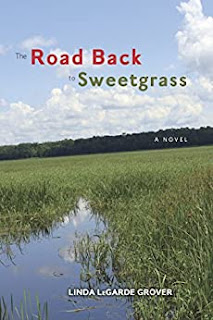 A: My two earlier books of fiction, The Dance Boots (2010) and The Road Back to Sweetgrass (2015), are set in earlier times at the same fictional reservation, Mozhay Point, as In the Night of Memory and include some of the same characters, or relatives/extended family.

The Dance Boots addresses the Indian boarding school system, The Road Back to Sweetgrass the federal Indian termination policies of the 1950s through the 1980s and their continuing effects upon Native lives.