Wesley King is the author of Sara and the Search for Normal, a new middle grade novel for kids. It's a prequel to his middle grade novel OCDaniel. His many other books include Laura Monster Crusher and The Incredible Space Raiders from Space!.

Q: Why did you decide to write this prequel to OCDaniel, from Sara's point of view?

A: This was my first “reader-driven” book, in that the wonderful reception of readers and their interest in Sara Malvern was a big factor in driving the project forward. 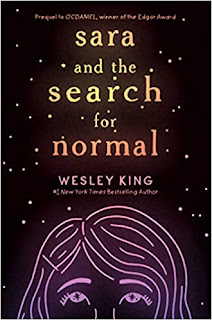 After OCDaniel won the Edgar Award, my wonderful editor, Sylvie Frank at Paula Wiseman Books, approached me and asked if I wanted to write a prequel...and of course I said yes as Sara had long been my favorite character as well!

Q: Was it difficult at all to write the novel given that you had to have certain plot elements turn out a certain way to fit with the events in OCDaniel?

A: Absolutely...there is always a difficult aspect in knowing where you have to end up and making sure the pieces fit. We went through a lot of revisions.

Because Sara's family dynamics play such a big role in OCDaniel, and form the central mystery, I had to be careful when hinting at the issues that nothing was given away. But the challenges were worth it to find out how Sara became the character she is in OCDaniel...namely brilliant, eccentric, and accepting of her issues. 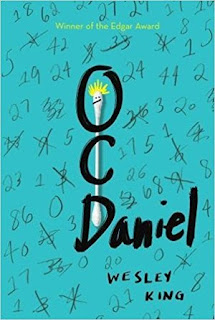 A: The book was originally called Two Sides of Sara and stayed that way through several versions. But by then the doomed journey toward Sara's original notion of “normalcy” had taken shape, and my editor suggested this title. As usual, Sylvie was way ahead of me and it was the perfect title, as that titular quest to finding her own version of normal is such a key aspect of this story.

Q: What do you hope readers take away from Sara's story?

A: For those dealing with issues, I want to remind them again that they are not alone. In OCDaniel we explored the power of connecting with others...with Sara I wanted to explore the power of redefining your identity to know that mental health challenges are okay, and that they can be addressed, and that the journey is different for everyone.

For those who know people struggling (and we all do, whether it is outwardly visible or not), I hope it inspires a continuing sense of empathy and encourages ongoing support and communication. There are some tough words and themes in this book, but I wanted to reflect the real world and remind readers what people are going through. 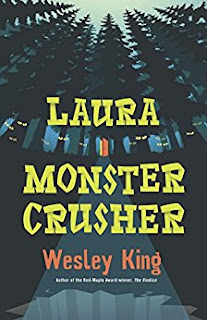 A: I wrote three books in the last year (one of the side effects of being stuck at home), and I am currently working on a yet-to-be-announced contemporary YA novel that is being written with a fantastic New York Times bestselling author. It will be released in fall next year.

Besides that, I have a new middle grade fantasy story that I am really excited about...I love fantasy and science fiction and I love to dive back into strange new worlds.

A: I hope readers will continue to connect with Sara just as much as they did with Daniel...the empathetic response from readers around the world who are finding themselves or loved ones in these stories has been such a powerful experience. And there is a great team working on an OCDaniel adaptation as we speak, so fingers crossed that we get to see both of these characters up on the screen soon!