Kirsty Manning is the author of the new novel The Lost Jewels. She also has written the novels The Song of the Jade Lily and The Midsummer Garden. She lives in Melbourne, Australia.

Q: Why did you decide to write a novel based around the famous Cheapside Hoard of jewels?

A: Quite simply, it was one of those procrastination rabbit-holes on the internet! While I was researching for my previous novel--The Song of the Jade Lily--I stumbled across a random newspaper article that popped up on the same page.

It was about an exhibition of The Cheapside Hoard that had obviously been on at the Museum of London, and I paused to read it. I mean, who doesn’t love a diamond, right?

But the thing that caught my attention as a novelist were just how many holes there were in this history. I mean, nobody knows who these jewels belonged to, why they were buried, or who found them.

Who would bury 500 precious jewels and gemstones and never return? It just seemed unfathomable to me!

The Lost Jewels is a work of fiction inspired by the true story of the Cheapside Hoard, dug up in a Cheapside cellar in 1912 and forming a significant collection at the Museum of London, and also at the British Museum and the Victoria and Albert Museum. 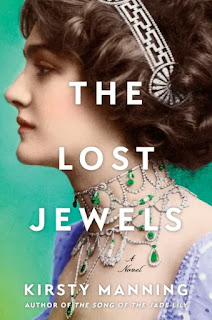 I realised the real story was not just about the jewels, although they are certainly beautiful, it is about London and the expanding world.

In the 1600s, Cheapside was the hub for gold, silver and precious gems that had threaded their way around the world to London. However, this century was also filled with fire, plague, revolution and an expanding empire . . . Seventeenth-century London was a city equal parts thriving and in turmoil. There were a million reasons why someone might not return for their precious jewels.

Q: How did you come up with your characters Essie and Kate?

A: When I was researching this book, I went to an exhibition at The London Museum on the suffragettes. The same year these jewels were discovered, was the same year that women were marching in the streets for the vote. To have their voices heard.

But what of the strong women who were working to support families. Just getting by? Where were their stories, their voices? These brave, strong and quiet women gave so much to their families—and the next generation, I wanted to honor those whose voices have been overlooked in history.

My 1912 historical character Essie is stymied in London by poverty and class. The suffragette movement was happening in London, but she was just too busy trying to pull her family through life and give those she loved more opportunities than she had. 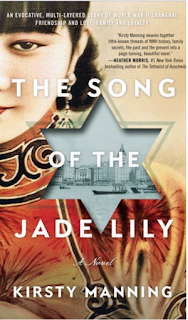 As for Kate, my main contemporary character—I’m in awe of the research of historians, curators and conservators. They research and present our past to give us stories for our future.

Also, the lessons of the past can teach us so much. Not everything that happens in my novels has happened to me personally. But I’ve certainly had some tough moments in my life, and walked alongside friends who’ve had very dark times.

I think it’s important to hold a space for empathy and kindness—in novels and in life. This humanity is what connects us.

The future seems uncertain right now, and most of us have been reduced to thinking about how we will get through the next few months.

Where I live in Melbourne, Australia, we are in lockdown under some of the tightest restrictions in the world–for the second time! We have at least another six weeks before we can leave our homes and see anyone other than those who live with us. I’m not going to lie: it’s tough! 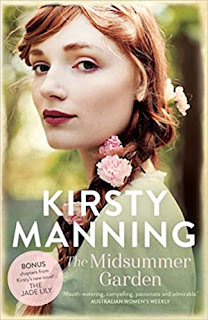 A: I hope The Lost Jewels brings readers both comfort and an escape. Seeing how women have lived through hard times inspires me … so I hope others feel that way too.

History shows us humans and beautifully resilient, and ridiculously flawed. We mock those who hoard toilet paper, but serial philanderer and public servant Samuel Pepys famously buried a large wedge of Parmesan cheese and some red wine in his back yard to protect it when the Great Fire of 1666 raged across London. He is a man after my own heart! I seem to have hoarded chocolate, also gin.

To say 2020 has been a weird year is an understatement. We’ve all spent time indoors and away from usual routines, and goals and dreams have been blindsided in some cases.  So it’s good a time to contemplate what is really precious to us. Also time to celebrate art and beauty—a time to read and reach for topics that bring a little hope and sparkly magic to our lives.

I also hope readers get a sense of the dedication it takes to become a master jeweller. The story of a jewel is a story about care and craftsmanship and just the symbolism and work that goes into creating something we wear and can be passed through generations is fascinating.

A: A new dual-timeframe novel, set between pre-war France and World War II Germany. Due out 2021.