Lori Lansens is the author of the new novel This Little Light. Her other books include Rush Home Road and The Girls. Originally from Canada, she lives in California.

Q: How did you come up with the idea for This Little Light, and for your character Rory?

A: I was raised in the Christian faith and attended Catholic school but abandoned the religion in my teens, rejecting what I saw as the obliteration of Christ’s meaningful teachings about love and fellowship by church-sanctioned misogyny, racism, and abuse.

Our “beloved” parish priest, Charles Sylvestre, molested dozens (likely hundreds) of little girls in Southwestern Ontario, Canada, where I was raised. In his 80s, still blaming the victims, the priest pled guilty to 47 counts of molestation and died in prison a few years later. This man was our spiritual guide, our conduit to God. We called him “Father Feeler.” 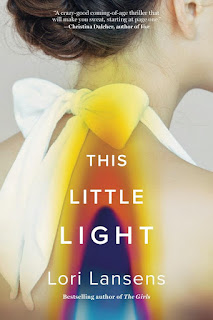 My own youthful experience with religious hypocrisy, and the betrayal of men in positions of authority, was the flame behind the idea for This Little Light and gave voice to the narrator, 16-year old Rory Miller.

I began to write Rory’s story in the summer of 2015 as a reaction to Trump’s presidential bid. Because in spite of his anti-immigration, misogynist, and racist sentiments, he was being loudly supported and endorsed by the Christian Right.

It wasn’t so difficult to imagine a fictional America controlled by faux-Christians where abortion is illegal, purity balls are common, and dissenters are imprisoned or shot.

As I continued to write about my dystopian America, Trump would be elected, the hateful rhetoric ramped up, and the country more polarized than ever with religion often serving as the dividing line.

The Me Too movement would dominate the headlines as I was winding down the first draft of the manuscript. There were days when my sense of writing the book shifted from a flight of angry, frightened imagination to include some degree of observe and report. 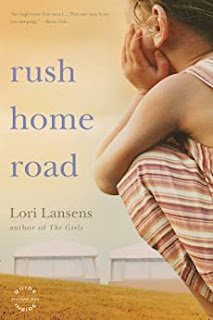 Q: The book takes place over a two-day time period, in 2024. What was it like to create a story with a short time frame, and why did you choose the year 2024?

A: The country was shifting on its axis weekly and sometimes daily as I was writing the book, and while my story is fiction and hyperbolic, there were times, while the unthinkable was happening in real life, that I wondered if I’d gone far enough.

I chose 2024 because I wanted to present a country having endured two terms under such dangerous leadership, years that changed the country so profoundly that the course is stayed for decades after, unless there’s a trigger event that can unite us.

There is an understandable frenzy of reaction to trigger events like the one described in This Little Light. The ensuing media coverage and social media chatter add to the chaos. Rumors and conspiracy theories are presented as fact and important conversations become lost or truncated as one breaking story supplants another.

The novel demanded that sort of breathless narration – especially as the young protagonist was raised in a world of soundbites, headline news, and trending topics. I found the immediacy of it – Rory telling the story in real-time in a blog format – necessary to reflect that. 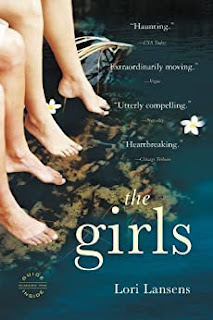 A: My writing process demands that I know the end of my story before I begin to write. For me, the end of any story becomes the reason to write it at all.

A: The narrator is a teenager whose life is in danger because of corruption and hate under the banner of Christianity. I hope the reader can hear Rory’s pain and confusion and find inspiration in her questioning, relentless spirit. I also hope that readers leave the book with the sense that the end of the book was the point of the book.

A: In 2015, after living in California with permanent resident status, I became a U.S. citizen. My husband and I stood with thousands of other immigrants, choked with emotion as we were welcomed “home” to our adopted land. I am grateful for my duality of citizenship - American and Canadian - and for the perspective that it affords me.