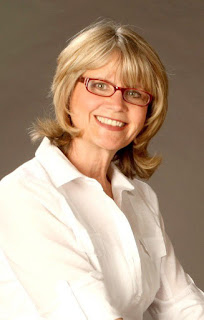 Lorna Landvik is the author of the novel Chronicles of a Radical Hag (with Recipes). Her other books include Patty Jane's House of Curl and Angry Housewives Eating Bon Bons. Also an actor, she lives in Minnesota.

Q: How did you come up with the idea for Chronicles of a Radical Hag, and for your character Haze Evans?

Often when characters come into my head, I have a clue of their personalities, but so much more comes out when I write. I knew Haze was older. I didn’t know she was going to have a stroke. 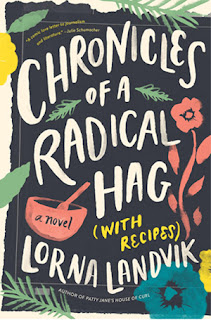 A: Usually the titles come along with the main character. My very first book was Patty Jane’s House of Curl, and when that title came into my head, I thought, “What’s a house of curl?” I had no experience with beauty salons, but the title indicated it was going to be set there!

I think the title emerged once I realized Haze was going to have pushback from some less-than-enamored readers. And it’s so easy for a woman to be called names. There’s no male equivalent of an “old hag.” An old coot? But that’s kind of cute. “Old hag” has a witchy, dried-up element to it. I wanted her to happily embrace that title.

She’s a nice person, so she wanted to reach out to her trolls. That’s what compelled her to send out her recipes. 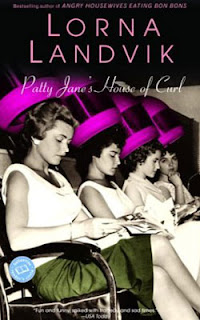 Q: What do you think the book says about the role of local newspapers in a community?

A: I think it says how much it’s needed. Without our local news, and local accents, I worry that the way people speak in other parts of the country are disappearing. If you’re only listening to national news, we don’t hear about what’s happening in our little world.

Q: How did you choose the recipes to include, and do you have a favorite?

A: My mother was a really good baker and I lack her light touch. Her sugar cookies would melt in your mouth. But I’m a good dessert baker. Some of the recipes are newer, and some I found and have used for years. The almond crescent recipe is my favorite. 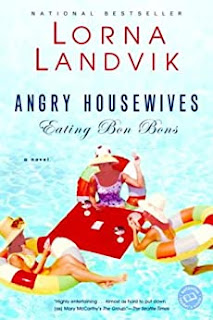 A: As a big reader, I always try to write the book I would like to read. I want to be invested in the characters, to care about them, to laugh and cry if need be, to feel a range of emotions.

A: I’m about 250 or more pages into a book. I usually write in the present times, but one book, Oh My Stars, is set in the Great Depression. This book is set in the late 19-teens, and the suffrage movement and the pandemic are part of it.

A: Haze really believes, as I believe, and as [the late senator] Paul Wellstone did, that we are all in this together. We should always work toward understanding one another, and not just dismissing other opinions. When our opinions are not based on reality, we should question them. I hope it would start a lot of conversations. It’s a timely book.

I would love men to read it. Women are a lot more open in our reading tastes. We will read books by men. So many men are timid about picking up a book written by a woman.