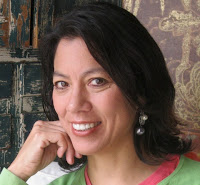 Sandra Tsing Loh is the author of the new book The Madwoman and the Roomba: My Year of Domestic Mayhem. Her other books include The Madwoman in the Volvo and Mother on Fire. She has been a commentator for NPR, is a contributing editor for The Atlantic, and teaches at UC Irvine.

Q: Your previous book was called The Madwoman in the Volvo--why the Roomba this time?

A: The sub-title of this book is "My Year of Domestic Mayhem." It's a particular kind of educated, middle-class female mindset that feels like "First World guilt on a Third World budget." (An earlier working title was "Second World Problems!")

It's when you guiltily go to the farmer's market to buy too-pricey produce that you won't cook, because if you don't, er. . . "McDonald's wins!"

You try to put in a drought-resistant front yard so you don't have to water basically dust, and suddenly people are talking you into creating an endangered butterfly preserve.

You worry that Barbara Ehrenreich said it is oppressive to have a sister of color clean your toilets, so you eschew any professional housekeeping and as a result your home literally has pests.

By the end of the book, I've accepted the fact that I'm most comfortable in a massage chair from Costco while, guilt free, a non-oppressed Roomba gently circles.

Q: You write that "my birth year, 1962, was at the drooping tail of the [baby] boom. Born late in the game, think less true boomers than 'Baby boom tastes on a Gen X budget,' or 'X-booms.'" Where do you see "X-boomers" fitting into the generational picture? A: True Baby Boomers (who are now in their 70s) have a sense of unapologetic generational pride ("We marched against Viet Nam!" "We saved the whales!" "Our bodies, ourselves!") and God bless them.

In my first book, Depth Takes a Holiday: Essays from Lesser Los Angeles, which came out some 25 years ago, my thirtysomething self was puzzling over my weird, in-between late Baby Boom/old Gen X generation (we missed the wild 1980s financial boons of real estate speculation, BMWs and Rolexes, but weren't really comfortable with all the new Seattle-style piercings, tattoos and kickaboots).

At that time, I dubbed ours "the IKEA generation"--because IKEA--smart, sensible furniture at an "impossible price!" (never mind that you clumsily assemble it yourself and then it falls apart the first time a person sits on it) was the apex of our actual dreams. (Convenient parking ran a close second--that was our cry: "If Woodstock happened now, I would probably have to skip it due to lack of convenient parking!").

Between several worlds, always in the wrong place at the wrong time, this is why we X-Booms (particularly women!) always seem to be apologizing. (Sometimes I call us "the Amy Klobuchar generation!") (A recent witty feminist podcast joked, of my book: "What to do when you meet your inner goddess are her name is 'Karen.'") 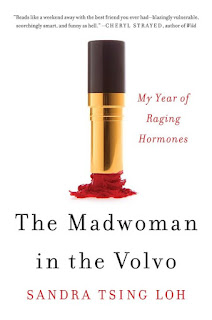 Meanwhile, our tween/teen children lecture us about our flagrant use of paper towels, improper recycling and thoughtful use of the wrong pronouns. This is why, at the end of the day, we pour out some box wine and head to the massage chair.

Q: What do you see as the right balance when it comes to writing about your family in your books?

A: Oh! I don't think I've ever really mastered that! Every new book is a voyage! Person by person, I either change their name and/or change identifying characteristics or in some cases, as with my brother Eugene, just use him as is (my father was a similar colorful and easy-going treasure).

Over the decades, my family has come to simply endure my part of the family business, and, in fact, no one in my family reads them. (Partly because they lived it--there's nothing new to learn.)

A: Great question! It's all in the very last line of the Acknowledgments. The unspoken heroine of the book is a girl (who actually never appears in a scene) named Yamillah.

At my youngest's public school's fifth grade commencement (yes, they actually have such things), where each individual fifth grader gets to thank everyone, a somewhat tortuous process that takes almost three hours, the fifth grade friend thanked most often was not a highly popular or awarded or over-achieving person but a girl named Yamillah, aka, simply: "Yamillah was good people."

This book celebrates an ordinary year in some ordinary lives; nothing dramatic happens, but so much internally happens--the emotions we feel upon seeing an early twilight/backlist sky around Thanksgiving, the tug in our hearts at awkward but charming school graduations (where it doesn't matter that no one is going to Yale), the sadness of being a divorced mom, but the joy (like going to Narnia!) of finally letting the kids (visiting on the weekend, so you have time to clean up after) hand-squeeze lemonade. 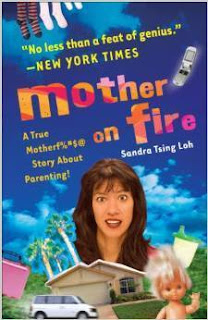 It's really about the joy and celebration of the ordinary.

A: Of course. . . The Madwoman in the Pandemic! (An evolving story.)

It's curious: the arc of The Madwoman and the Roomba is of Dr. Loh's (my Chinese engineer Tiger Father's) quarter-Asian grandchildren gently falling from the hard-charging immigrant tree.

In the case of the first grandson (appearing on the first page), a bright if slightly disorganized and well-rounded to a fault (loves hanging out with his friends and bike-riding!), it's the arc of Sam getting entirely shut out of all the colleges his applied to (to be fair, not many real "safety schools").

Now in fact my youngest is heading to UC Berkeley in fall--whatever that means--and the sad dream that haunts me is of them (they identify as non-binary) sitting alone in a dorm in a COVID mask weeping.

However bizarre modern life seemed when I wrote The Madwoman and the Roomba, none of us could have imagined what this new world would be like, and how much we might need to cling to things that feel "ordinary." So in that way, for me, this book has an added resonance in these times.

A: Although it didn't initially seem fortuitous to have a humor book come out during the pandemic (my book "dropped" on June 2--Blackout Tuesday), I've really come to appreciate the strengthened personal connections, deepened sense of community, and renewed love of so many of the smaller things in life we've long taken for granted.

I appreciate your reaching out to me with these thoughtful questions about my book. Thank you!