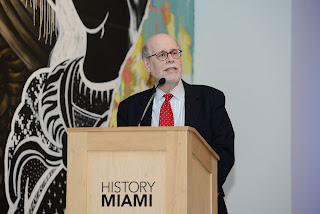 Harold Holzer is the author of the new book The Presidents vs. the Press: The Endless Battle Between the White House and the Media from the Founding Fathers to Fake News. His many other books include Monument Man and Lincoln and the Power of the Press. He is the director of Hunter College's Roosevelt House Public Policy Institute and the co-chair of The Lincoln Forum.

A: I had written about Lincoln and the press, and frankly thought I was done on the subject, but when Donald Trump ran for president in 2016 on the wings of “fake news” I thought it was a perfect time to look back past Lincoln to the founders, and forward into the 20th and 21st centuries.

I wanted to answer the question: brazen as Trump’s denunciations sound, did other presidents and presidential candidates do similar things? Did any of the recent presidents do likewise—or worse? And, finally, are there any analogues in presidential history for his mastery of cutting-edge media—that is, Twitter?

It turns out that Lincoln used the telegraph and public messages in similar ways—to get past journalists and directly into the hearts and minds of voters—as did FDR with the radio and newsreels, JFK with TV, and Barack Obama with the infant internet. 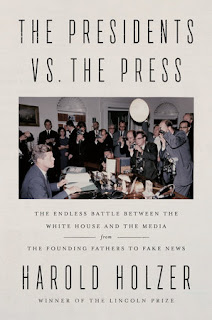 Q: As you note, Thomas Jefferson once stated that “were it left to me to decide whether we should have a government without newspapers, or newspapers without a government, I should not hesitate a moment to prefer the latter.” How would you describe his relationship with the press?

A: Jefferson talked a good game, but as with his definition of “all men are created equal,” he often fell far short of his own lofty ideals. Jefferson not only organized an anti-George Washington newspaper while serving in Washington’s Cabinet as secretary of state: he gave its editor a job in the State Department to make it easier for him to stay afloat.

He not only allowed Washington to be attacked in the anti-Federalist press, he seemed amused when the nation’s first president lost his temper over the attacks. Later, he opposed John Adams’ sedition laws, but seldom noted that he didn’t oppose holding journalists responsible for libel; he simply didn’t believe in federal authority, and thought states should prosecute libel.

Q: Richard Nixon had an “enemies list” featuring many members of the press (including my father). What impact did his presidency have on relations between the media and the White House?

A: Until Nixon, the press generally turned its collective cheek on realms outside politics. 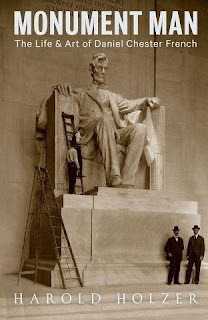 Nobody reported on Franklin D. Roosevelt’s disability—instead, by gentleman’s agreement, his handicap was seldom mentioned (except to say he had overcome it), and photographers almost never took photographs showing him in his wheelchair, or being lifted into and out of automobiles. (Later, these bans were made official).

Once Nixon crossed the line—yes, most notably with his revolting enemies’ list, but also by turning his attack dog, Spiro Agnew, against the press as an institution, all was lost. After Watergate, every journalist who covered the White House understandably dreamed of Woodward-Bernstein-level scoops and movie deals.

This is not to minimize the seriousness of the enemies’ list, though it seems tame by Trumpian standards. I love the fact that one of her colleagues teased Mary McGrory when she made the list, saying, “the administration says you write anti-Nixon columns every day.”  She coolly replied, “I only write three days a week.” Others saw their lecture fees jump.

Horrible as it must have been—my own friend, and later boss, Bella Abzug, made the list and seemed as wounded as she was proud—those who made it occupy a rather heroic constellation now. By the way, I’d have to add that LBJ’s tirades against, and manipulations of, journalists are pretty awful, too—including his anger at the Kalb brothers, as I recall.

Q: You write, “Nearly all presidents, from Washington to Trump, have reacted to press criticism in this manner: treating what we now call ‘the media’ as the enemy.” Do you view Trump’s behavior toward the media, which he calls the “enemies of the people,” as something unprecedented, or as part of a continuum?

A: As much pushback as I get from my colleagues, friends, and even family, I think the answer here is “both.” We like to think of Trump as a sui generis villain, and for sure he has broken the bounds of decorum and presidential norms in innumerable ways.

I’d quickly add, too, that his vicious, personal, often disgusting, not to mention rabble-rousing attacks agsinst the press—his press secretaries’ lies, from exaggerating his inaugural crowd to cancelling press access to staging lie-ins in lieu of briefings—have descended to new, revolting depths. 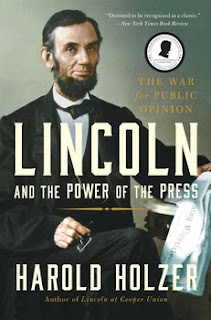 But there is a “newspaper trail” from Washington’s chagrin to Wilson’s hauteur to FDR’s favoritism and manipulation to Johnson’s bullying…along with overt favoritism shown by Jackson, Lincoln, TR’s “Oyster Bay” boys, to JFK’s golfing buddies.

Finally, I would point out that as big a bully as Trump is, he has never signed a law making it illegal to criticize the president, which Adams did; never jailed 100 reporters and shut down newspapers without due process, as Lincoln did; and never replaced the free press with organized censorship and undisguised propaganda machines, as Wilson and FDR did.

Trump is a loudmouth, but his bark is much bigger than his bite—so far--thank goodness. He’s a big, unvarnished, hair-trigger Tweet machine with no taste or skill for follow-up.

A: Aside from working at the Roosevelt House Public Policy Institute, working to keep the online learning experience as rewarding as the in-person pre-COVID experience we all yearn to revive—I’m writing a great deal about statues, monuments, and public memory—drawing on research I started in the 1980s for books like “The Lincoln Image,” “The Confederate Image,” and “The Union Image.”

My next book project is “Lincoln and Immigration.”

A: This will be my 54th book and the first I can’t go out and lecture about. Thank goodness for Zoom. And newspapers. And reporters and bloggers.