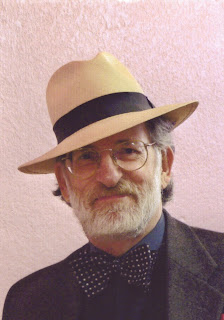 Stephen Dando-Collins is the author of the new book Caligula: The Mad Emperor of Rome. His many other books include Legions of Rome and Caesar's Legion. He lives in Tasmania, Australia.

Q: Why did you decide to write a biography of the Roman emperor Caligula?

A: I have written extensively about Caligula's family over the past few decades in previous books about the Caesars and Rome's legions, so had already researched the subject thoroughly.

It was when many commentators began comparing Donald Trump with Caligula, in many cases regurgitating old myths, that I realized it was time for a new biography of Rome's young third emperor, one that helped set the record straight.

Q: You write, "Despite a catalog of genuine crimes, outrages, and horrors that can be attributed to him, Caligula has been the subject of misrepresentation down through the centuries." What are some of the most common perceptions and misperceptions about him?

A: To begin with, his name wasn't Caligula, it was Gaius, and officially he was the emperor Gaius. Caligula was an affectionate nickname his parents gave him when he was a child in the army camp of his father the general Germanicus Caesar, on the Rhine. 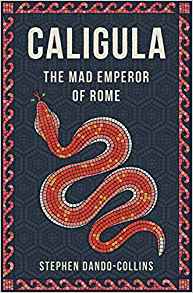 It meant Little Boot, and related to the caligulae, the Roman military sandals Germanicus' men made for the child, who was dressed up in a little legionary's outfit.

It was an offense to publicly call him Caligula, and as I write in the book, a centurion was punished for uttering the name once the boy became emperor. After the emperor's assassination his enemies used the name Caligula as a way of ridiculing him, and it stuck, although classical historians continued to call him Gaius.

The most common misconception about Caligula is that he made his horse Incatatus a senator. Incatatus wasn't Caligula's horse, and Caligula didn't make him a senator, although he may have threatened it as a joke.

Incatatus was at the time the most famous chariot racing horse owned by the Greens corporation, then one of the four factions that ran chariot racing throughout the Roman empire.

Caligula was a huge fan of the Greens teams, and even drove racing chariots himself, in his private hippodrome, or horse racing circus. Caligula spoiled Incatatus by having a luxurious house built for him at Rome, where Caligula sometimes entertained friends for dinner.

Another misconception was that Caligula had sex with his three sisters, a story repeated by some of the less reputable Roman gossip writers. Roman authors such as Tacitus and most modern historians tend to believe this didn't happen. 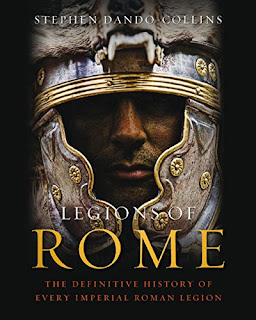 And, of course, there's the question of Caligula's mental health. Was he stark raving mad, or are there explanations for his sometimes odd, sometimes cruel, sometimes paranoid behavior? This is a subject I discuss at some length in the book.
Q: As you mentioned, you've written many books about ancient Rome. How did you research this book, and did you learn anything you found surprising?

A: As I explain in the book, I was surprised how some previous biographers of Caligula, ancient and modern, missed pretty obvious and rational explanations for some of his apparently crazy acts.

Anyone versed in the ways of the Roman military would spot the Roman religious and ceremonial reasons for why Caligula lined his army up on a French beach and ordered them to collect seashells, or built a floating bridge across a bay on the west coast of Italy then drove a chariot  pulled by chariot racing horses across it, followed by the Praetorian Guard.

In the first instance, it was part of a religious ceremony prior to an amphibious operation - Caligula was about to invade Britain, but when his troops refused to cross the English Channel he decided to humiliate them with the seashell collecting order. 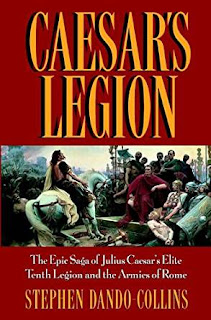 And the bridge was part of the lavish annual Roman celebration of the Festival of Neptune, god of the sea and of chariot racing.

This is not to say that all Caligula's acts were rational, or defensible.

Q: The book's last chapter is titled "Drawing Present-Day Lessons: Is Donald Trump the Modern Caligula?" What's your answer to that question?

A: Other writers have compared the two. I found that in some ways they are comparable, as far as their powers and backgrounds are concerned, but in other ways they are poles apart - in the area of policy for example.

As for the mental state of Caligula, in my book I suggest a possible explanation for his symptoms. I am not qualified to make any judgment on President Trump's mental health. As an old Roman saying goes, that is still before the judge, and I'll let others decide for themselves.

A: I am just doing the final edit on my 43rd book, Cyrus the Great, the first-ever modern biography of King Cyrus, founder of the Persian Empire, for publication by Turner Publishing in the spring of 2020.

Cyrus is a fascinating figure, a brilliant soldier and clever administrator who led his people in a revolt that ended up creating the largest empire known to that time. Cyrus was the only non-Jewish figure described in the Bible as “anointed by God” after he freed the Jews who had been made exiles at Babylon by King Nebuchadnezzar, and allowed them to return to Jerusalem.

I'm also working with my New York literary agent to plan out my next books after that.

A: Your readers can check out my past, present and future books at my website.