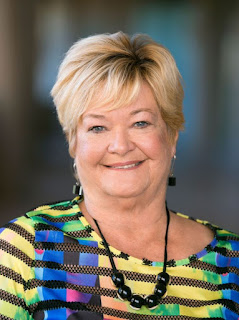 Carole Bumpus is the author of the new book Searching for Family and Traditions at the French Table, the first in her Savoring the Olde Ways series. She also has written A Cup of Redemption and Recipes for Redemption. A retired family therapist, she lives in the San Francisco Bay area.

Q: Why did you decide to write this series about your culinary adventures in France and Italy?

A: As a retired family therapist, I began traveling extensively and as I walked down one cobblestone street after another, in every country I traveled, I found myself wondering who the families were who lived in those homes along those cobblestone streets. I wondered what life would be like inside that family and in that house.

I decided the best way to address these questions I had was to ask people about their favorite foods as children, favorite recipes, what brought the families together at the family table. Everyone has a favorite recipe or a favorite tradition they love to share, so that was the beginning of my more than 75 interviews throughout France and Italy. 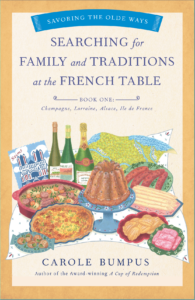 Q: How did you choose the recipes to include in the book, and do you have a particular favorite?

A: I chose the recipes the family members gave me. In order to honor them for having me in their homes, I wanted to share the stories and recipes that had been shared with me. It has become a gift that continues to give at every turn.

My favorite? Possibly the Spinach-stuffed Tortellini in Bolognaise Sauce or the Baekeofe (a wonderful rich meat stew steeped in Riesling wine).

Q: What impact did your travels have on your life and your appreciation of French food?

A: I entered into this realm of culinary delights fully unequipped when I discovered that “haute cuisine” or the high-end restaurant food of Paris was not the “cuisine pauvre” or peasant cooking that most French families prefer to cook and/or to eat.

I loved that their recipes were connected to their family, their traditions, to the land or geography of place, were seasonal, and were economically manageable for their families to enjoy. Plus, they always came with a story. 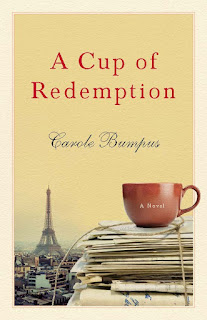 A: I traveled back and forth to Italy and France for a number of years interviewing families in their homes, or places of work, or in their favorite local restaurants about their favorite foods and traditions.

And, because I found that most family stories were still linked (after three generations) to World War II, I ended up traveling with U.S. World War II veterans back to France to assist them in their travels along their Liberation Trail for their 65th and 70th anniversaries of landing on the beaches of St. Tropez.  (No, not Normandy.)

Our tour followed their march along the Rhone River through 40 villages up through France and north to Strasbourg. I interviewed families all along the way to understand what life had been like to live with war on their doorstep and I reported/blogged back to the States every day on the memorials and celebrations our soldiers were given along the way. Probably one of the most rewarding experiences of my life.

What surprised me? That war is something that continues to influence how European families live their lives even today. They hold their family members closer; laugh more; celebrate more often, share favorite foods at the family table more often, all because it isn’t a given that they will always live in peace. 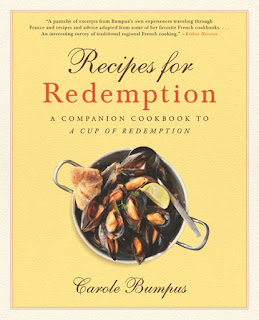 The formation of the EU was based on this very premise: we will never forget what war has wrought; and we will endeavor to come together in order to never return to war as a solution.

A: When I began these interviews in 2001, I had only the Savoring the Olde Ways series in mind.

But after one particular riveting interview, my life turned a 90-degree corner and I had no other choice but to follow an elderly French woman’s life story (born on the last day of World War I and suffered under the thumb of World War II) by writing the historical novel A Cup of Redemption (2014).

The novel was followed by the companion cookbook, Recipes for Redemption (2015), which opened the door for sharing more and more recipes. And continuing to collect more and more stories.