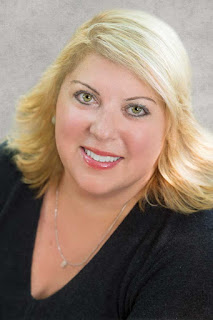 Debbie Cenziper is the author of the new book Citizen 865: The Hunt for Hitler's Hidden Soldiers in America. She also is the co-author of the book Love Wins. She writes for The Washington Post and teaches at Northwestern University's Medill School of Journalism.

Q: What inspired you to write Citizen 865, and how did you choose to focus on the search for the men who worked in the SS camp in Trawniki, Poland, during World War II?

A: At a cocktail party in Maryland, I happened to meet a lawyer from the U.S. Department of Justice. Over a long conversation, she described a unit of Nazi hunters deep inside the massive federal agency that had spent decades tracking Nazi perpetrators in the United States.

Put simply: I was stunned that the work had gone for three decades. In a country that had sacrificed so much to defeat Hitler and save the Jews of Europe, how was it possible that Hitler's helpers were living in America's cities and suburbs?

Other journalists and authors have eloquently described the work of the Office of Special Investigations, which was established in 1979 in the Criminal Division of the Justice Department.

I found one of the unit's lesser-known investigations particularly compelling: the search for the men of Trawniki. I wanted to understand how SS leaders had managed to train, arm and empower 5,000 men from across eastern Europe, including Red Army soldiers who had been pulled from POW camps.

These so-called Trawniki men helped the SS murder 1.7 million Jews in fewer than 20 months, the span of two Polish summers. The numbers were mind-boggling and tragic. I wanted to know more. 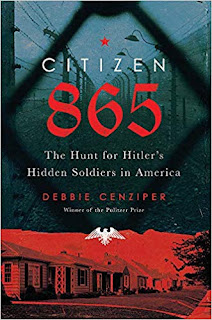 I was also particularly intrigued by the work of the historians at the Office of Special Investigations. Over many years, they uncovered Trawniki records and rosters in the dusty archives of Eastern Europe.

I've been an investigative reporter for 25 years and could very well imagine what it must have been like to discover lost Nazi documents that had never before been seen by Western investigators.

A: Citizen 865 is a modern-day story of justice and the Holocaust, but it spans more than 70 years.

I traveled to Poland, Austria and the Czech Republic to do on-the-ground reporting and was actually able to retrace the steps of OSI historians when they went to the archives in Prague and found a Nazi record from 1945 with the names of more than 700 Trawniki men.

I also spent hundreds of hours interviewing the historians and prosecutors who worked on the cases and pulled records and photos from archives and museums, including the U.S. Holocaust Memorial Museum in Washington, D.C.

What surprised me most? The humane back stories of the men and women at OSI. Imagine spending year after year probing some of the darkest moments of the Holocaust. How were they able to do this and still go about life -- wedding anniversaries and soccer games and summer vacations?

I say in the prologue of the book, "Citizen 865 is a story about darkness but also about light, the pursuit of truth by a team of American Nazi hunters that worked to expose the men behind the most lethal operation of the Holocaust."

Readers of this book will come away feeling immensely satisfied and, perhaps, hopeful that our future won't be as grim as our past. 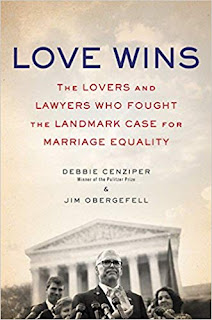 A: Citizen 865 tells the emotional story of two teenage Holocaust survivors from Lublin, Poland, who lost everyone they knew, fled to Warsaw and married in the ghetto with a borrowed wedding dress and wedding ring.

At every step, through a series of harrowing escapes, they managed to outrun the Trawniki men. At the end of the war, they emigrated to the United States.

What they didn't know was that some of the same men who persecuted their families and neighbors had also slipped into the United States. Many became naturalized citizens, hiding in plain sight with pensions, Social Security cards, comfortable retirements.

The title of the book refers to Jakob Reimer, one of the most trusted Trawniki men in occupied Poland. At the start of his career, the SS assigned him a military identification number: 865.

Reimer, aka "Citizen 865," looked like a most ordinary American when he was finally stripped of his U.S. citizenship and ordered deported for his service at Trawniki.

A: I think World War II readers will come away from this book with a better understanding of the Nazi operation in occupied Poland.

The Trawniki training camp was a critical pillar of Operation Reinhard, the most lethal operation of the Holocaust. But in the West, details about the camp and the men who lived and trained there were only recently uncovered by OSI historians and prosecutors.

Beyond the history, I hope readers come away feeling inspired by the men and women at the heart of this story.

They spent decades racing to hold Nazi collaborators to account not only for those who died, but for those who lived on and also for the benefit of a world that too often finds itself in the exact same place more than 70 years later, forced to explain bigotry, hate and mass murder.

A: Turning back to newspaper investigations while I figure out my next book project. I'm also the newly named director of investigative reporting at Northwestern University's Medill School of Journalism.