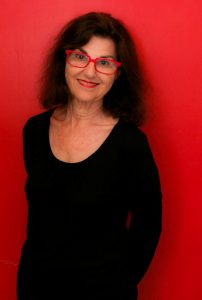 Eleanor Foa is the author of the new memoir Mixed Messages: Reflections on an Italian Jewish Family and Exile. A journalist, photojournalist, and corporate writer, her work has appeared in a variety of publications, including The New York Times and Harper's.

A: Writers write to find out what they think and feel about a subject. That is our way of processing life events. After my parents died I found myself writing about them. It was partly an effort to deal with my loss, and partly an effort to figure things about them – individually and as a couple – things that I didn’t understand.

Then, after a trip with my sister to northern Italy, to visit villages where my ancestors lived, and to meet living relatives we hadn’t seen in years, it occurred to me that the trip could form the spine or structure of a memoir.

It was something, frankly, I had to write for myself, and only later, over a period of 10 years, did I begin to think it might be of interest to others.

Q: You write, "Even in cosmopolitan New York, being an Italian Jew was a real showstopper...Neither Jews nor Italians nor Americans knew what to make of us." Why do you think the concept was so confusing?

A: In the 1950s in New York, non-Italians assumed that every Italian was Catholic. In fact, the majority of Italians who emigrated to America before World War II were southern Italians, particularly Sicilian, and they were 99.9 percent Catholic. Their culture and food dominated – from pizza to Dean Martin – and became the dominant image and myth of “Italian.” 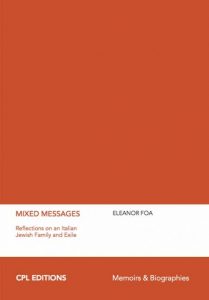 In addition, most immigrant Jews before World War II were either eastern European or German. Italian Jews were and remain a tiny minority. Primo Levi – a chemist who survived Auschwitz and wrote about it – was one of the first Italian Jews to become world famous, and to put our culture and history on the world map.

But because my parents were immigrants starting a new life – like so many immigrants – they looked forward, not back. And they themselves were not all that immersed in their family’s heritage. I knew, vaguely, that my father’s ancestors migrated from Spain or Portugal to northern Italy, but that was about it.

Only as I started to do research and investigate did I discover what a distinguished and learned family – from the 1500s on -- the Foas were.

As one of the earliest post-Gutenberg printers in Italy, I Fratelli Foa, (the brothers Foa) were famous for the beauty and quality of their printing work, which is still recognized and celebrated in the walled city of Sabbioneta, which I visited for the first time in 2006. Their story was a revelation, something I really knew next to nothing about.

Q: What impact did writing this memoir have on you, and what do you hope readers take away from it?

A: Writing this book had a huge impact on me. It helped me come to terms with all the “mixed messages” of my parents.

For example, it was okay to be Jewish as long as you didn’t look, sound or act Jewish; money was unimportant, and yet it was hugely important; “Family is everything,” my parents insisted, yet somehow they alienated me and my sister from our family.

Was it a generational clash or a cultural one? Did Europeans view marriage, money and family differently from Americans? Or was it because the central drama of their adult lives – World War II, the Holocaust, emigration and exile – bound my parents together and set me and my sister apart?

Somehow, through replaying the backgrounds and history of my parents’ lives, courtship, and flight from Fascism, I grew to understand the horrendous difficulties they faced. My anger was replaced by the recognition that, given who they were and how they were raised, they did the best they could.

I hope readers – especially children of immigrants -- will see themselves and their stories in my story. I hope readers whose parents are still alive, will ask many more questions of their parents – as one of my readers already told me she has – before it’s too late.

Because though this is about my family, the immigration experience and the parent/child divide is a fairly universal one.

A: Shorter pieces on women’s issues, including health and aging, and getting back to my photography.

A: Writing a memoir is a journey. For me it’s been a decade- long journey, both inward and outward.

As I write in my book, “Travel as a way of uncovering a family’s past is like an archeological dig with multiple layers, discoveries and interpretations. It’s about family myths that forged our parents’ lives, and in turn, our lives.”

I am a great believer in the power of personal history to transform lives. It transformed mine and I believe it can transform the lives of my readers, as well.