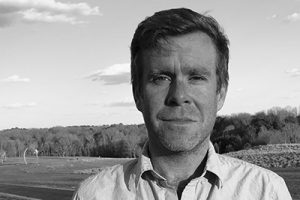 Adam O'Fallon Price is the author of the new novel The Hotel Neversink. He also has written the novel The Grand Tour, and his work has appeared in a variety of publications, including The Paris Review and Vice. He lives in Carrboro, North Carolina.

Q: How did you come up with the idea for The Hotel Neversink, and for the Sikorsky family?

A: The idea for The Hotel Neversink presented itself when my wife and I were living in Ithaca, N.Y. We'd visited the Catskills a couple of times, and I'd become vaguely interested in the region and its history.

At around the same time, I met a man, the husband of my wife's boss, who was in his 70s and had all of these fascinating stories about Grossinger's and the Concord. He'd grown up in Brooklyn in the ‘40s, so he'd experienced the heyday of these places, then taken his kids to them in the ‘70s and ‘80s, when they were in decline.

One story involved his memories of the Polish Policeman's League running amok in Grossinger's, and that was the first story/chapter I wrote. It was pretty clear early on that this was a fertile imaginative space in which to set a novel.

The Sikorsky family, like the hotel, was largely inspired by Grossinger's, which my wife and I explored in 2014, before it was destroyed. 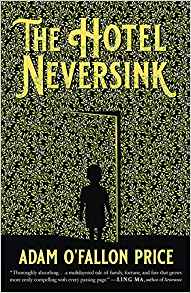 Grossinger's had an interesting history, with a persistent, ambitious patriarch, and his daughter, Jenny, who was a famous figure in the Catskills--a beloved, almost revered woman who steered the hotel into fame and fortune in the ‘60s. So that genealogical set-up in my novel is basically taken right out of the Grossinger family history.

Q: As you’ve discussed, the novel takes place at a Catskills resort. How important is setting to you in your writing?

A: Setting is more or less important, I think, depending on the story or novel.

In the case of The Hotel Neversink, the setting is everything--the hotel is a kind of mainspring around which all the characters turn.

Especially since the book takes place over the course of decades, it provides a more or less stable objective element that helped me examine the way the characters, and the world, changed over the years. The book simply could not have taken place anywhere else. 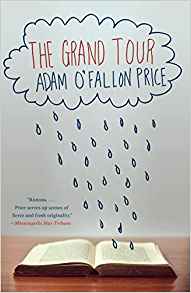 But I think it depends on the project. There are books in which setting is less important--my first novel, for example, The Grand Tour, features a road trip plot, but the specific cities and towns featured in it are somewhat arbitrary.

Q: Did you need to do any research to recreate the various time periods you were writing about in The Hotel Neversink?

A: Yes, I had to do quite a bit of research here and there about what things looked like. When Rachel goes to New York in the late '70s, for example--what did the Plaza look like then? And certainly lots of things about the mid-century Catskills hotels, how people dressed, and so on.

But honestly, I'm not really as much of a stickler about that stuff as a lot of people. I want to get things right enough, plausible enough, that they aren't distracting, but at the same time, I'm not writing non-fiction. I don't feel the burden that some people to do to be completely accurate--it's all made up.

A: The novel started as a novel-in-stories, and the murder mystery element was kind of grafted on and reinforced over time. So I definitely did not know how it would end in the beginning.

It's hard to remember, but I'd say it was probably at least halfway through the three-year writing process that I figured out the ending.

A: I'm working on three different novels right now. One is sort of a dystopian comedy. One is an faux-autofictional takeoff of Don Quixote. And one is a kind of hybrid essay/fiction thing about my father.