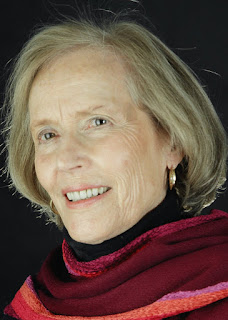 Eugenia Lovett West is the author of the new novel Firewall: An Emma Streat Mystery. Her other books include Without Warning and Overkill, which also feature her character Emma Streat. West lives in Essex, Connecticut, and Holderness, New Hampshire.


Q: This is your third novel about your character Emma Streat. How do you think she's changed over the course of the series?

A: Emma is now 49. The attempt to find out how her husband was murdered pushed her into the detection world, and now friends and family turn to her in a crisis. Her talent in spotting unlikely connections is valued by intelligence agencies in England and the U.S., but she wants to move out of amateur status and gain professional credentials.

In the first two mysteries, Without Warning and Overkill, Emma faced multiple disasters and dangers and her strength has been severely tested. Once a hands-on mother, she has learned to treat her college-age sons like adults.

In Firewall, as her rich, feisty godmother faces blackmail, she is able to treat Caroline’s growing dementia with understanding and compassion. As for romance, an affair with dynamic Lord Andrew Rodale and several other possibilities have all ended badly. She needs a man, and longs to move ahead with her life. 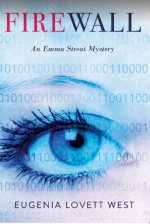 Q: Do you usually know how your novels will end before you start writing them, or do you make changes along the way?

A: I learned the hard way to have a pretty firm idea of how my novels will end. On the other hand, I don’t block out the plot chapter by chapter, it’s not set in concrete.

There are rules for writing mysteries—clues planted, red herrings inserted—and along the way the reader should get a few hints as to who will emerge as the villain, not let him jump out on the last page.

I actually got to the end of my first mystery with several candidates and had to do a lot of revising. When an editor was asked to define a good ending, she answered, “Emotionally satisfying.” 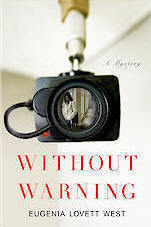 Q: You had one novel published in 1979 and then several more in the past dozen years. At 96, what advice would you have for writers about persevering with their manuscripts?

A: It’s a life-changing commitment to how you’re going to spend time and energy. My feeling is that writing is 10 percent talent and 90 percent applying the seat of the pants to the seat of the chair.

It may take time to find one’s “voice” but it’s never too late to start. Most writers have other responsibilities and may have to squeeze in the creative process, but even an hour a day or less can make that manuscript grow. Persistence is key, and you may have to make hard choices and give up peripheral interests.

Don’t fear rejection, and learn to use social media. As well, be prepared to live in two worlds—one where you eat and sleep, the other communicating with your imaginary people.

Q: You've also written historical fiction. Do you prefer writing about the past or the present?

A: That’s a hard question. Writing in two genres may run the risk of not attracting a large following.

I find that doing research for historical novels is deeply rewarding, that expanding one’s knowledge is of value to both writer and reader. The challenge is to combine known facts with imagination, and I aim to give readers a strong sense of what it’s like to live in that particular time.

Collecting material for Sarah’s War gave me a lasting interest in our Founding Fathers and the war for independence. It’s a fascinating period, and we owe a great debt to dedicated patriots who laid down a foundation for our future. 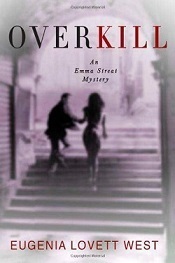 Writing set in the present requires a different approach. Pictures may run through your mind, like watching a movie. People appear, some likeable, some not. The road ahead is filled with adventures, some joyful, some catastrophic. The goal is to make the reader care about them as you lead them to their ultimate destinations.

A: Promoting Firewall, but after it comes out in November, I have a number of ideas cooking on the back burner.

A: At 96, every day can be a challenge that must be faced with grace and courage. I’m grateful for all the good things in my life, and it’s a blessing to wake up every morning with the urge to create.