Sara Cassidy is the author of Nevers, a new middle grade novel for kids. Her many other books include Helen's Birds and Scallywag on the Salish Sea, and her work has appeared in a variety of publications, including The Malahat Review and Geist.

Q: How did you come up with the idea for Nevers, and for your character Odette?

A: I was lucky enough to spend a few months in Burgundy when my children were young. I was in the middle of reading Graham Robb’s The Discovery of France, about how odd and diverse rural France remained despite the Revolution (see my next answer for more about this), when we spent the day in Nevers. The city is stunning, with tons of character and surprises at every turn. The city -- and its name -- quickly occupied my imagination. 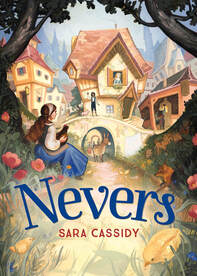 Also, in the town that we were staying in, there was a donkey that quietly spent its days in the shade of a tree, nibbling grass. At night though, the donkey would bray for long periods. One night, woken again, I moaned to my partner, “What does it want?” My partner responded: “To not be a donkey.”

Those were the flints for the story. Odette came to me, perhaps, because a friend had died at around the same time, leaving a daughter Odette’s age, an only child who would have to fend for herself.

Halfway through writing the book, while researching the hand-painted pottery that Nevers was famous for at the time, I came upon a plate on eBay, made exactly when Odette would have run through the city’s streets, that pictured a girl just as I’d imagined her. It felt like magic. I bought the plate, grateful for a crack that made it affordable. 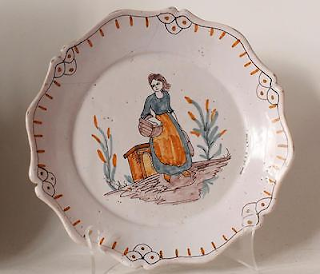 Q: The novel takes place in late-18th century France, but it also includes some magical elements. What did you see as the right mix of historical fiction and fantasy as you wrote the book?

A: The otherworldliness of rural France at that time, as written about in The Discovery of France, wooed me originally to the period.

France was radically changed by the Revolution, but that change was in the cities; the villages remained unto themselves and eccentrically so. There were towns where people could communicate by whistling; areas where shepherds walked on stilts (a quick way to travel over scrub); and areas so thin on food that during winter people took to bed and moved as little as possible, essentially hibernating. 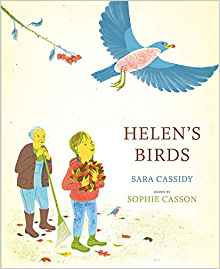 So in a way the two were mixed together from the start. The book has been described as a fairy tale rather than historical fiction or even magical realism, and I think that is fair. I consumed so many fairy tales when I was a child that it would make sense for one to emerge!

A: I read a few histories of France and of the Revolution, which helped set the context. But I turned to the Internet nearly every paragraph for details about clothing, food, money, farming, tools, roofing materials, midwifery practices – everything.

A problem is that history’s artifacts are largely those of the wealthy. You will find dresses and furniture of the upper classes, but a dress belonging to someone like Odette would, after having been mended many times, be eventually cut up and repurposed as an apron and then washcloths and diapers – used to shreds. So it takes a little more digging to get information about the lives of the poor. 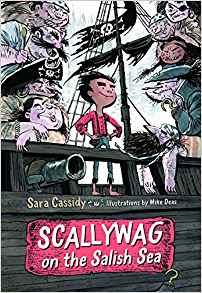 The biggest surprise for me was that, aside from nobles, people married relatively late, having first babies when they were 27 or 28.

A: I did not know how it would end. All I knew was that a donkey needed help in a cosmic way.

A: I am working on a few board books with natural science themes, and a middle-grade novel much like Nevers, with magical elements, about an Icelandic boy with second sight, who runs away from a violent father and ends up alone in New Iceland, near Lake Winnipeg, in 1876.