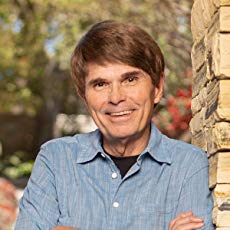 Dean Koontz is the author of the new book Nameless, a collection of thrillers, which is available in digital and audio format only. His various bestselling novels include One Door Away From Heaven and From the Corner of His Eye. He lives in Southern California.

Q: How did you come up with the idea for Nameless, and what were some of the factors drawing you toward this digital/audio approach to storytelling?

A: As a reader and a writer, I love the novelette——10,000 to 15,000 words——but most publishers have no interest in the form. Amazon Original Stories fills the void once occupied by The Saturday Evening Post, Collier's, and other such magazines that, 70 years ago, welcomed vivid stories with real punch at this shorter length. It’s creatively exhilarating.

I thought it would be interesting to have a character with amnesia, but treat it in a way I’d never seen it handled before.

Nameless can remember only the past two years and the missions he’s been on, but nothing before that, and he suspects his amnesia is neither a medical condition nor the work of nefarious forces, but is something that was engineered at his request. What past act or error could a man be hiding from himself that would drive him to the extreme of arranging for his own memory to be wiped?

Although the Nameless stories are full of action, like all fiction worth writing, they depend most on an intriguing character. 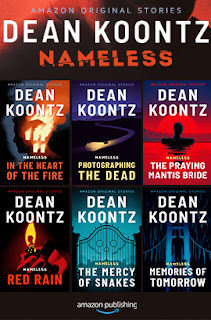 Q: How would you describe the changes in technology over the decades that you’ve been writing? And what’s stayed the same?

A: When I started out, it was terribly laborious work, chiseling the words of a novel into tablets of stone, especially while fighting off saber-toothed tigers. Technology has made revision far easier than it once was, which is great because I usually rewrite a page 20 times or more. And saber-toothed tigers are now extinct.

No matter how radically technology changes, the art and craft of storytelling remain the same, and the reach of the imagination remains eternally infinite.

Q: This is your first story collection in more than two decades. How long did it take you to write these stories, and what inspired you to go back to writing shorter work?

A: The six Nameless stories were written in four months, but I work 60- and 70-hour weeks.

Some of my favorite stories are at this length——novelettes and novellas by John D. MacDonald, Roger Zelazny, Theodore Sturgeon, Philip K. Dick, Joseph Conrad, Henry James, Truman Capote. It’s challenging to pack the color and depth of a novel into a shorter work without making it frenetic. Taking on challenges is what keeps a writer fresh.

Q: What do you hope readers take away from these stories?

A: Pleasure. Fiction should transport us from the mundane, be a kind of magic carpet ride.

But these stories also explore the difference between justice and truth. Pursuit of justice can be honorable, but it can also be fruitless and sometimes destroy a society. Justice is a mutable concept, changing from culture to culture and age to age. But the truth is always what it is, one thing and one only.

Nameless might seem to bring justice to those who have been failed by a corrupt system, but in fact he is only revealing the truth of each situation and allowing the truth to destroy the guilty.

A: My abs. It’s hopeless. I’m also at work on the scariest novel I’ve ever conceived. Scary——yet at the heart of it is a sweet but unsentimental relationship between a former Marine and his intellectually disabled brother that moves me to tears.

A: The phases of the sun are the cause of 95 percent of Earth’s weather. In a few billion years, the sun will enter its Red Giant phase and bring an end to the solar system. So there’s no good reason to deny yourself that cookie.