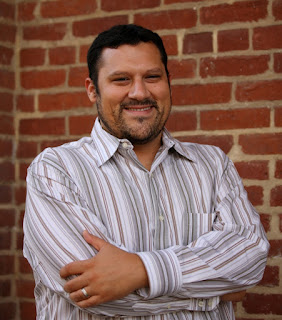 Nicholas Buccola is the author of the new book The Fire Is Upon Us: James Baldwin, William F. Buckley Jr., and the Debate over Race in America. His other books include The Political Thought of Frederick Douglass, and his work has appeared in a variety of publications, including The New York Times and Salon. He is the Elizabeth and Morris Glicksman Chair in Political Science at Linfield College, and he lives in Portland, Oregon.

Q: You write of the 1965 debate between James Baldwin and William F. Buckley, "At Cambridge [University], the powder keg of their intellectual struggle blows up, for all the world to see." What were some of the reasons you focused on these two figures?

A: My way into the book was through Baldwin. I was invited to write an essay about Baldwin for a book, and I came across the debate with Buckley. I became mesmerized by the debate—here were two individuals with radically different backgrounds and views on stage. I began to think about a smaller book, and then it grew into a larger book.

The idea was to treat the debate as a way in, but the longer story would tell about Baldwin and Buckley, weaving intellectual history, political history, and a little personal biography into the story of the civil rights and conservative movements.

I’ve gotten questions about the pairing—it’s an odd couple to be sure, how they conceived of their roles, and the kind of thinkers they were. But there’s a way in which putting them together makes sense. Baldwin provides a lens to understand someone like Buckley. Buckley was a very important popularizer of the conservative movement, the kind of person we need to understand.

A: Most of my work focuses on the 19th century, so this was different. I wanted to know more about how they got there that night. My students and I tried to find the people who hosted the debate. We tracked down witnesses, and got the backstory of how it happened.

I had read a lot of Baldwin, and was gathering Buckley research—all the published writing he has. Also, there’s a really deep archive at Yale, a robust collection of letters. I did a lot of archival work. Baldwin’s archive opened in 2017 at the Schomburg Center in Harlem. I’d been writing since January 2016, so I had some backfilling to do. 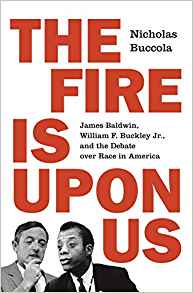 There were multiple methodologies for the book—interviews, memories after 50 years, trying to play that against what I found in the archives. Once I came up with the structure, there was so much material. It was a lot of work, but the subject is so rich, I had more than enough to tell the story.

Q: What would you describe as the legacy of each man, and how do you think their views would be received in today's political climate?

A: The legacies of these two individuals, the spaces they occupied on the American intellectual scene back in the day, versus the world we currently inhabit—the legacies of each are extraordinarily complicated.

Buckley has a legacy where the dominant narrative is one of appreciation. On the contemporary left, people disagreed with his politics but saw him as a thoughtful conservative, willing to engage with the other side. Firing Line was on for many years. People on the far left appreciate Buckley for giving a voice to their heroes on his show.

He was so prolific—he had a magazine, newspaper columns, a TV show—he was a fixture of a thoughtful, peculiar brand of conservatism. His legacy is intriguing—there’s a longing for his style.

Substantively, there’s been an attempt to extricate Buckley from the current moment on the right: “Buckley would be turning over in his grave.” He made it clear he was not a fan of Donald Trump, but the racial politics Trump tapped into—there are a lot of things we’re seeing now that he contributed to.

That’s a more complicated legacy for people fond of Buckley to grapple with. Having a conversation on Buckley’s views on race is important.

Baldwin was a really fascinating character in terms of his status in the American mind. In his heyday, he was one of the most famous writers in the world. With King, he was the most important in the civil rights movement.

Then he was largely marginalized—he popped up every now and then; he was anthologized. Baldwin’s voice was lost for a long time, and then after I started on the book, I was heartened to see the Raoul Peck film [I Am Not Your Negro] come out. There seems to be a Baldwinian movement. 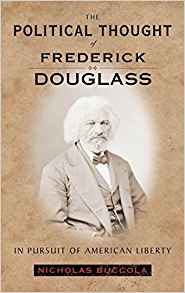 He provides us with a powerful lens to view our current political predicament. He didn’t want to be labeled in various ways. Baldwin defied labeling, but the way he viewed the world is of enduring relevance, at the nexus of identity, morality, and power. His legacy is alive and well. My slogan would be, Make America Read Baldwin Again.

A: Some readers might arrive to the book without much background in either history. Some come with a deep background on studying one movement. Somebody said she devoted her time to studying Baldwin and was loathing the idea of having to read the Buckley part of the book, but she said that having to work through the Buckley stuff, though painful, was worthwhile.

Understanding that history, the evolution of American racial politics--we all have a duty to do that. If we care about racial justice, we have to think about the forces that resisted it. Powers adapt, and we have to counter that. I hope readers will take that part of the history seriously, and think through what racism is and what anti-racism is.

With Baldwin, I hope that for readers who have not spent much time thinking about Baldwin, this will be an entrée into his thought and people will read a lot of Baldwin. His legacy is most valuable in the sense that he was pushing us to dig deeper, to go beneath the surface of our politics.

Baldwin pushes us to get to the moral core of things. He helped me think through the ways I view the world.

A: As I worked on this book, I kept feeling like I was examining the tip of a very large iceberg. This period in the ‘60s, there was so much happening then, and the legacies are so powerfully with us today. I was thinking about the question of the concept of freedom. I’m a political theorist by background, and I think about the big questions in politics.

I was taken by the concept of freedom, one that’s at the heart of the civil rights struggle. At the same moment, there was the rise of the Goldwater movement, “extremism in the defense of liberty is no vice.”  I’m playing around with a book that would examine that in detail.

The latest version might be a companion to this book, looking at Martin Luther King Jr. and Barry Goldwater as leaders and as symbols of freedom. They come to mean something to those following them.

The book focuses on them, their inner circles, and gets at the competing concepts of freedom. It’s an issue in this book. It’s relevant to today—freedom and liberation today can mean such different things.