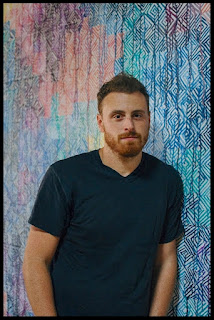 Dave Connis is the author of the new young adult novel Suggested Reading. He also has written the YA novel The Temptation of Adam. He lives in Chattanooga, Tennessee.

Q: How did you come up with the idea for Suggested Reading, and for your character Clara?

A: Back in the olden days of the internet, there were (and still are) these things called Yahoo Answers. It’s a community where you can just post questions to anything under the sun and random internet strangers would answer.

One girl’s question was spread around Twitter, “Is it okay to run a banned book library from my locker?” and I thought it was an amazing question, and I wanted to explore it, and those explorations became the plot of this book.

Q: What do you think the novel says about censorship?

A: It paints a picture that censorship is incredibly complicated and can't be boiled down to a one-size-fits-all answer. There are some places where it's clear what the answer is, but there are many more places where it's not, and we need to ask questions and figure out where those places are. 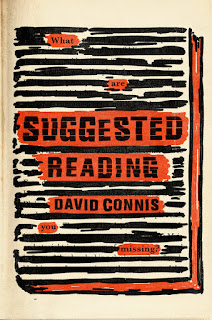 The topic of censorship is tied to things like societal ethics, moral philosophy, and other topics that people WAY smarter than us have been wrestling with for ages, and we need to be willing to admit that and attempt to uncover and unravel the depths of these questions while keeping and respecting human dignity for all involved.

Q: The Kirkus Review of the novel says, "Only a true believer could craft a work of such relevance and heart, and every facet of this novel...proves this author’s worth as a champion of literature." What do you think of that assessment?

A: It's really nice of Kirkus to say, and I'm very flattered, though, I do find it quite hilarious considering, for my last book, they said something like "readers of YA fiction about addiction would be better served elsewhere." I leveled up QUITE a bit, apparently. We'll see where the wind blows for my next book.

Q: The novel takes place in Chattanooga. How important is setting to you in your work?

A: Very! Setting, for me, often informs the story and plot. One of the first things I do when I start researching a story is go to www.atlasobscura.com to see what sort of crazy/unique things I can include in a story set in a particular place.

Sometimes, the setting is fine with being a minor character, but other times it demands more, but in order to know what it demands, I need to know everything I can about it. 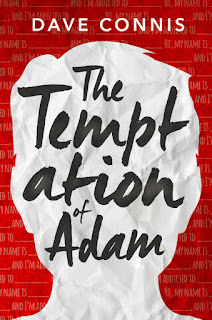 I'd wanted to do a book based in Chattanooga for a while, and when I was thinking about the setting for Suggested Reading, I felt like I needed to devote the bulk of my brain power to the complexity of the topic and making the characters well-rounded, and I felt that I needed a setting I was more familiar with so the paths converged perfectly.

A: Oooh. Lots of things. The main two being a funny picture book about the similarities between a little girl who invents things and God, and a middle grade urban fantasy about a boy and a girl discovering that the giants who created America live in the National Parks.

A: I'm in the middle of deciding if I like Cheez-Its better than Goldfish, which is a pretty major thing considering how I've fought tooth-and-nail for Team Goldfish for the last five years.