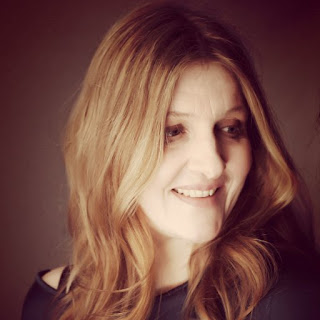 Maren Meinhardt is the author of the new biography Alexander von Humboldt: How the Most Famous Scientist of the Romantic Age Found the Soul of Nature. She is an editor at the Times Literary Supplement in London.

Q: Why did you decide to write this biography of the scientist Alexander von Humboldt?

A: Most people are aware of the German Romantics, but we tend to think of them mostly in terms of art and literature. Humboldt continued the Romantic project in the scientific realm. His insistence on seeing nature as inalienable from his own self is something that particularly resonates with us today.

Apart from that, Humboldt is an intriguing person to figure out. Who was that Prussian mining official who was ready to throw away his career, his reputation, possibly his life – just for the pursuit of a vaguely defined dream? How could I resist the call of such an alluring character?

A: I read his letters and diaries, and found myself marveling at how vulnerable and funny the person was who would become the most celebrated scientist of his day. What came as a particular revelation was how often his schedule of exploration was not guided by careful planning and scientific necessity, but instead by pure chance. 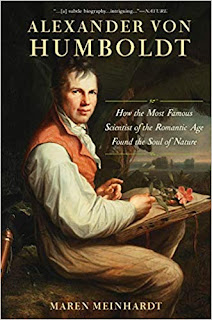 Later, I walked as much in Humboldt’s footsteps as I was able to, to help me get a feeling for what he saw and experienced. I visited the sites of Humboldt’s childhood and youth in Berlin, and I travelled to Castleton (in the Peak District, UK) to see the system of caves and caverns he had written about.

Most importantly, I travelled to Ecuador, following his route as closely as possible. Here are two links to this trip, one written by my friend, Jennie Erin Smith, who travelled with me, and the other one by me.

On this trip, I discovered quite how arduous Humboldt’s journey had been. This was brought home with particular vividness when we got stuck on a volcano in the Andes, the Cotopaxi, and had to be rescued.

Apart from my insight into Humboldt, I also had the chance to discover that, if your 8-year-old daughter spends the night in a car up a mountain, cold and suffering from altitude sickness, you don’t feel you’re making a particular success of combining writing with being a mother.

Q: You write, "Alexander von Humboldt was deeply committed to the Romantic project, both in his science and in the bold way that he chose to live his life." What are some of the most important ways that Romanticism affected von Humboldt?

A: The Romantics lived in a time of rapid societal change, and traditional values and forms of living were subject to challenge and change.

In his personal life, Humboldt rejected almost any established idea of how life should be lived by someone of his background: he never contemplated marriage, instead attempting to live in a ménage a trois with the man he loved and this man’s wife; he abandoned a safe and promising career; he put whatever money he had towards publishing his books; later in life, he lived in a household with his servant and his servant’s family, who became, to all intents and purposes, his own family.

But what is most important is Romanticism’s influence on his approach to science. Nature was more to Humboldt than merely an object to be studied by an objective observer: the scientist, too, was part of nature, and his own subjective responses were data that could not be separated from the study of nature.

Q: You begin the book by mentioning von Humboldt's journey to the Americas in the early years of the 19th century. What impact did that trip have on him and his work?

A: South America was, in a sense, where Humboldt truly found himself. Never having fitted into the narrow world of 18th-century Prussia, he discovered that there indeed existed a place that was congenial to him.

Not only did his health improve – the young man who had been prone to ill health all his life now boasted of having suffered not so much as even a bout of sea sickness.

But more importantly, he found that the Americas had wrought a change in him: his experience had been widened, and the natural scientist had been transformed from an impartial observer into somebody who stood in a mutual relationship with nature.

A: I wish I could say! But there is some unsympathetic magic by which an idea, if talked about before it’s quite ready, tends to wither and die. But I think the German Romantics and I are not finished with each other quite yet.

A: The Romantic search for transgressing boundaries of tradition, to find new and better forms of living, is something that speaks to all of us. This is even more true at this particular junction in our history, where reactionary forces, which not so long ago we thought we’d comfortably overcome, have found their way back into the mainstream.

Humboldt, who refused to be defined by his class, his nationality, and even his sexuality, shines brightly, even if it is from a great distance.