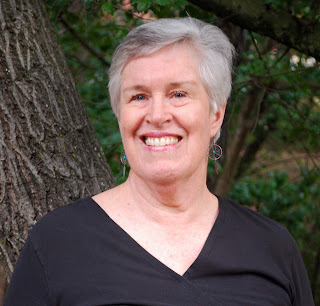 Ginger Wadsworth is the author of the new children's picture book Born to Draw Comics: The Story of Charles Schulz and the Creation of Peanuts. Her many other books include First Girl Scout and Poop Detectives. She lives in Orinda, California.

Q: Why did you decide to write a children's picture book biography of Charles Schulz, and what do you think accounts for the ongoing popularity of Peanuts?

A: The opportunity to write about Charles Schulz came to me through illustrator Craig Orback. We’d done a couple of children’s books together with Lerner Publications in Minneapolis, Minnesota. They contracted with him to illustrate my text for Benjamin Banneker, Pioneering Scientist and Survival in the Snow. He wanted to illustrate a book about Charles Schulz and his cartooning career.

Christy Ottaviano, who has her own line of books—called Christy Ottaviano Books—with Henry Holt and Company, was interested in Craig’s art, but told him to find a nonfiction author.  He turned to me and that began our collaboration. Although we live in different states, we were finally able to meet in person over our book on Charles Schulz!

Yes, Peanuts is incredibly successful. Besides the comic strips, there are books, movies, toys, games, etc., and it has become a multi-million-dollar company. The credit for the Peanuts Gang popularity lies with its creator, Charles Schulz, who died in 2000. His simple lines combined with his seemingly simply messages are timeless. In fact, many of his messages seem especially appropriate in our country’s turbulent times. 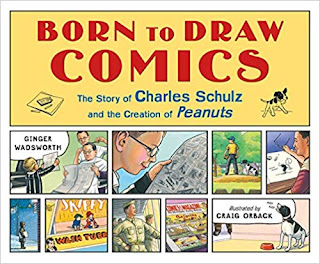 Q: How did you research his life, and did you learn anything that especially surprised you?

What I learned about Charles Schulz was basically everything! It actually surprised me that I knew almost nothing about the man behind the Peanuts Gang. So I started by reading several biographies about him, and then I read several books that were collections of his interviews. They gave me a rich picture of who he was.

Going to the Schulz Museum in Santa Rosa—a must visit for fans of Snoopy and the Gang—was totally mesmerizing. I saw Schulz’s recreated work area in his studio, called One Snoopy Place, I read quotes that fill the walls, and I “spied” on children to get their reactions to various aspects of Schulz’s work life. 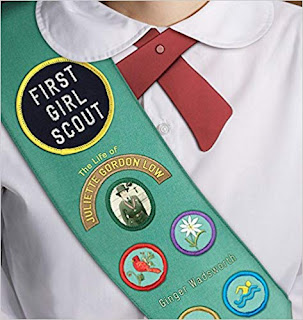 Next door to the museum is the ice rink, and I had lunch there, near a table where Schulz always sat, and I watched people of all ages ice skate. I live about 90 minutes from the museum, so I was able to visit it several times. Because I live in California, I’ve met people who encountered Schulz or his children at the ice-skating rink or in other ways. I listened to their stories and saw him through their eyes, too.

Schulz loved dogs. Snoopy is a bit like his childhood dog, Spike. I am a dog person, too, and my pups, Penny and Oreo, are also pet therapy pets, affiliated with Tony La Russa’s Animal Rescue Foundation in Walnut Creek, California. Our speciality is to have children read out loud in libraries and schools to either Penny or Oreo to practice reading.

During my research, I learned that Charles and Jean Schulz purchased land in Santa Rosa, California for the national headquarters for Canine Companions for Independence and were on the board of the Jean and Charles Schulz campus there.

Q: What do you think Craig Orback's pictures add to the book? 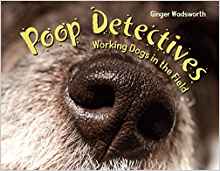 A: The pictures make the book, IMO. Craig was selected because of his lifelong interest in reading and drawing comic book characters, much like Charles Schulz.  The publisher did a wonderful job with the cover design (lots of primary colors), fine paper for the entire book, use of embossed lettering on the cover, etc. Everyone loves the comic book “feel” to the art.

A: My subtle message (I hope) is the importance of persistence. Charles Schulz wanted to be a cartoonist starting at age 6. And he worked towards that goal until he succeeded.

Kids need all kinds of role models, not just super stars or sports heroes, and Schulz came from a blue-collar childhood and worked his way up the ladder to achieve success. He didn’t always do well in school, he lost his mother to cancer when he was young, and he served in the Army during World War II.

He was what we might call a “work horse,” in that he just worked and worked to improve his craft, to get his foot in the door with his cartooning, and he continued that ethic, of perfecting his craft every single day of his life.

A: I’m considering a biography on one of our first ladies and another book related to the creation of the National Park Service.

I just finished an anthology piece on John Muir for middle grade readers to be published by TwoDot Press for Western Writers of America (I’m a longtime member). I’m kind of a national park “junkie,” so I’m drawn to anything from the people connected to the parks and to the animals who rely on the protection these areas offer them.

A: I am a third-generation writer, but the first female in my family. My grandfather and father, both named Hal G. Evarts, were successful writers, with an emphasis on the West. It’s fun to follow in their footsteps and to wonder who in the family might be the next author. And I have an idea of who that person is.