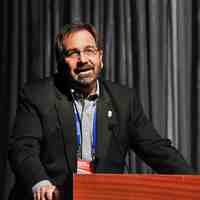 Matthew Gutmann is the author of the new book Are Men Animals?: How Modern Masculinity Sells Men Short. He is a professor of anthropology at Brown University, and he lives in Tiverton, Rhode Island.

Q: You begin the book by writing, "We place unreasonable trust in biological explanations of male behavior." Why is that?

A: We are in an age of widespread gender confusion, debate, and renegotiation. We all have experience with and opinions about male behavior, and we want to figure out if men and women have fundamentally different natures (for example, with respect to sexuality and violence) or if the “gender binary” is itself a problem.

For many people, biology (think: hormones-testosterone, genes-Y chromosomes) seems like a particularly good way to explain why boys will be boys.

But it’s not. A detailed look at the vast range of what it means to be man and what men do, want, and feel—an astounding diversity in the world today and throughout history—shows that social and cultural factors are far more determinant of what someone takes as more or less masculine and manly.

Toxic masculinity is found in every corner of the globe, but whether you are determined to change it or resigned to its permanence revolves around how much you think biology determines human maleness. 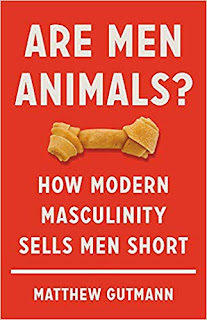 Q: In the book, you discuss the concept of "boys will be boys." How did that concept first develop, and what do you see happening with it today?

A: “Boys will be boys” is a half-joke that’s no longer funny. It has increasingly come to mean that, in the end, there is only so much we can do about male attitudes and behavior, because, well, boys will be boys. It lets men off the hook by implying that there is something innate about the way males are and why they do what they do.

Take Brett Kavanaugh and arguments during his confirmation hearings for Supreme Court justice (including by progressive media pundits) that as a teenager Kavanaugh’s actions related to the fact that he had a lot of testosterone running through his system. The unfortunate implication? There was only so much he could have done to control himself.

This is wrong about testosterone: other boys with testosterone (and girls, too, for that matter) do not sexually assault anyone.

The varieties of human male behavior is truly astounding, and to reduce all men to some kind of automatic-response mechanisms based on a magic molecule is ridiculous and frightening.

A: I’ve been studying men and masculinity for over 30 years. So first I drew on some of this work, especially ethnographic studies I’ve done in Mexico City, Oaxaca, Oakland, and elsewhere in the United States.

I also have a background in Chinese language (my college major), and I decided to look more at gender confusion and renegotiation in China today. Adding in China was especially fun and gratifying.

Much of what I’ve done is interview people, some for 30 minutes one afternoon, some for 300 hours over a period of decades. After 300 hours, it’s really an ongoing conversation more than an interview.

I’ve lived many years in Mexico and spent a lot of time in China (and obviously the United States), and simply being part of social life—what anthropologists call “participant observation”—is in the long run the key.

Surprises? The factory worker in Shanghai who, when I asked if there was such a thing as men’s nature compared to women’s nature, responded, “When a man sees a pretty woman, his hormones go up.”

I knew he had barely finished elementary school, so had never studied high school biology. Where did he learn about hormones? Nature shows on TV, he told me.

A young man in Mexico City who told me about a neighbor who represented the fifth generation of single mothers in her family. “One or two generations, Mateo, maybe it’s culture.  But come on, after five it has to be genetic.”

In these and other stories I learned how pervasive faulty biological explanations (and often excuses) are for people in diverse parts of the world, and how important it is that we examine the biological language we use so incautiously to describe and understand men and women.

And don’t just think it’s people who are less formally educated: An introductory lecture on sexual selection in biology at my university starts with rams fighting and peacocks primping and ends with football players and cheerleaders, as if all animal sexuality were similarly gendered and unvarying.

Q: What do you see looking ahead when it comes to research and discussions about masculinity?

A: #MeToo has been catalytic and transformative. But as long as we think, “Well, they shouldn’t do it, and must be stopped, but they are male, after all,” we’re in trouble.

Around the world the question I’ve gotten more than any other in the last few years is how so many tens of millions of women could vote for Trump. I believe that many did so not despite but because they think, like it or not, that’s what more men would do to women if they thought they could get away with it.

Until we change our core thinking and language about men, maleness, and masculinity and demand change of men rather than begrudging acquiescence, we will not move forward.

Resisting the pull to overexplain male thinking and behavior by reference to hormones and genes, evolution and heredity, will help a lot. When the expression boys will be boys is used to explain why little Johnny or Billy cleaned up their rooms, maybe we’ll have made some progress.

A: I’ve just begun working on a new project about masculinity and health focused on men and suicide. It’s a remarkably significant cause of death for men worldwide, but the vast majority of academic studies in the last 20 years have come from psychiatry and psychology and focused on issues of individual depression and mental health more generally.

Yet there are clear social factors that deserve more attention. Why do three or four times more men than women commit suicide, but more women attempt suicide? Why is one of the groups with the highest incidence of suicide in the United States older, white, middle class men. Why are do certain ethnic groups have lower suicide rates?

These are pressing questions for public health, social inequality, and masculinity.

A: It’s important to emphasize that exaggerated emphasis on biology to explain maleness is not just something that people who are more conservative politically or less well read entertain. Biobabble ideas about men and masculinity permeate all our thinking, and we all need to pay more attention to our language and explanations.