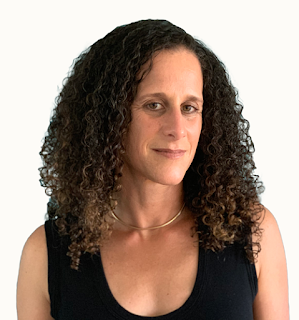 Sarah Abrevaya Stein is the author of the new book Family Papers: A Sephardic Journey Through the Twentieth Century. Her other books include Plumes and Extraterritorial Dreams. She is Professor of History, Director of the Alan D. Leve Center for Jewish Studies, and the Maurice Amado Chair in Sephardic Studies at UCLA. She lives in Santa Monica, California.

Q: You write that you first learned about the Levy family while working on a previous book project. Can you say more about how you decided to write their family history?

A: I first began working on the Levy family, the subjects of Family Papers, while researching another book: an English-language translation of the first Ladino memoir ever written (Sarah Abrevaya Stein and Aron Rodrigue, A Jewish Voice from Ottoman Salonica, with Isaac Jerusalmi as translator, 2012).

The author of that memoir, Sa’adi Besaelel a-Levi (1820-1903), spent the last years of his life writing a Ladino-language memoir to air a lifetime’s worth of grievances.

Extraordinarily, the sole copy of this document, written in soletreo (the unique handwritten cursive of Ladino), outlived wars; the collapse of the empire in which it was conceived; a major fire in Salonica; and the Holocaust, during which Jewish texts and libraries as well as Jewish bodies were targeted by the Nazis for annihilation.

The manuscript passed through four generations of Sa’adi’s family, traveling from Salonica to Paris, from there to Rio de Janeiro and, finally, to Jerusalem—somehow eluding destruction or disappearance despite the collapse of the Salonican Jewish community and the dispersal of the author’s descendants over multiple countries and continents. 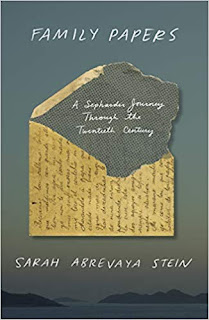 Having spent years considering Sa’adi’s account of 19th-century Salonica, I was left wondering how his handwritten memoir came to travel such a circuitous path, and what had become of Sa’adi’s descendants.

These questions launched me on a decade-long quest to tell the collective story of Sa’adi’s branching family: a journey that took me to a dozen countries, dozens of archives, and into the homes of a Sephardic clan that constituted its own, remarkable global diaspora.

Q: How did you conduct your research, and what did you learn that particularly surprised you?

A: Reconstructing the history of the globally-branching Levy family has taken me into the living rooms (and private collections) of family members from Rio de Janeiro to Kolkata, Thessaloniki to Manchester--people who today cannot read the various languages of the documents they hold, but who still have a palpable connection to their deep past.

To supplement these family papers (which revealed but also kept secrets), I consulted 30 archives in Brazil, Great Britain, France, Portugal, Italy, Greece, Germany, Hungary, Israel, and the United States.  Travel documents; naturalization papers; birth, death, and medical records; letters exchanged by relatives, lovers, and friends; business papers, even a baptismal certificate; all told, these scattered sources have allowed me to trace an intimate arc of the 20th century. 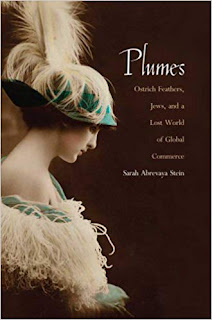 Q: The family includes a notorious World War II war criminal, as well as many relatives who were killed in the Holocaust. What is the legacy of the war for the Levy family today?

A: The Holocaust eviscerated the Levys, destroying entire branches of the family tree (in Greece and France, especially). The losses that so devastated those left behind disrupted intimacies and led to new relationships among survivors driven together by grief, seeking solace in one another and, in some cases, cooperating to file reparation claims from Germany. Slowly, agonizingly, they rebuilt.

As you’ve mentioned, the most devastating drama of Family Papers is the story of a great-grandchild of Sa’adi’s who abetted the Nazi annihilation of the Jews of Salonica. This man, head of occupied Salonica’s Jewish Police, is said to have been a viscous sadist. Recollections of his actions, which swirl through Greek-, Hebrew-, Ladino-, and English-language survivor testimony, are nightmarish. After the war, Sa’adi’s descendant proved the only Jew in all of Europe to be tried by a state (Greece) and executed for his complicity with the Nazis.

Strikingly, the family never wrote of this terrible trauma, not in letters, memoirs, diaries, or testimonies. They even excised their disgraced relative from family trees. In time, the facts the family buried became unknown to their descendants: including the war criminal’s own daughter. Unknown, that is, until the publication of this book. 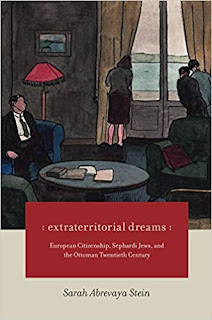 Q: What do you hope readers take away from the family's story?

A: Family Papers is an Ottoman story, a Jewish story, a Mediterranean story, and a story of single, globally-branching family diaspora.

But beyond what it tells us about Sephardic Jewry or the Levy family, it is also a meditation on how letters mattered to a family, holding them together after time, distance, and migration tore them apart. I hope the book invites readers to reflect on all that we have lost in the digital age, when so few of us send or receive letters, fret over their crafting, or stain them with our tears.

It’s a wonderful story, but also opens up questions about Sephardic Jews’ place within the racial fabric of the Americas. It’s too early to say if I’m on the trail of a book or not, but I always enjoy the hunt!